Allow Leonard Cohen and Mordecai Richler to show you Canada's most prized -- and sublimely permissive -- city. 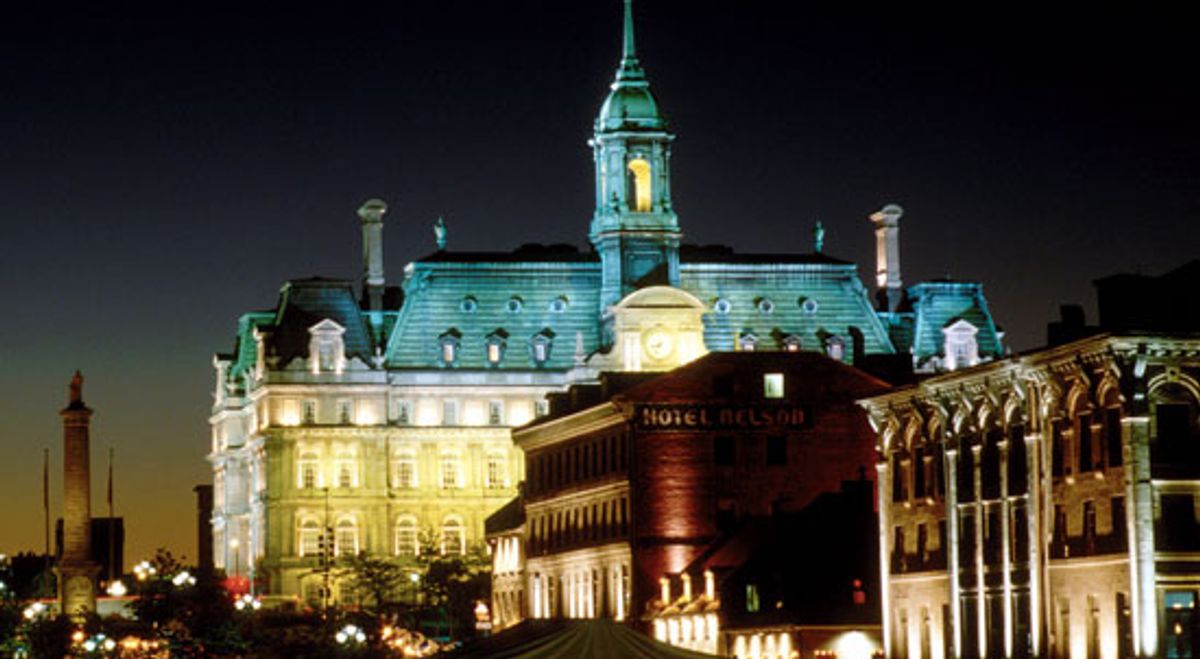 I was 19 when I moved to Montreal to attend McGill University. The previous year, McGill had been rated the top university in Canada by a prominent national magazine. The ranking meant little to me, but it allowed my parents, albeit grudgingly, to justify allowing me to move such a great distance from home. The distance was actually less than 600 kilometers (about 370 miles), or four hours by train, but its implication was vast. Montreal was not just another city, it was practically another country. To me, it represented independence, self-realization and adventure -- all the things that seemed unattainable in Toronto or really anywhere else in Canada.

Before I moved to Montreal for college, I had visited the city only once, and stayed in the dorm room of a friend. Somehow, in a way that mystified even him, he had managed to win the affections of a stunning, dark-haired model from Vancouver. They spent a lot of time in his room having sex, while I explored the residence, the campus and -- to a lesser degree -- the city. At the time, my sole literary reference for Montreal derived from Mordecai Richler's novel, "Joshua Then and Now" (1980). Funny, acerbic and sentimental in ways that appealed to me, it was a book I had liked very much. Like most of Richler's books, it was grounded in Montreal's working-class Jewish neighborhood of St. Urbain of the 1940s and 1950s. Coming from a similar neighborhood of Soviet Jews in Toronto, I identified strongly, and was drawn through the book to the mythical neighborhood and the city.

When I moved to Montreal the following year I borrowed nearly all of Richler's books from the university library. I consumed them with great pleasure and velocity, believing that without them I could have only an incomplete and impoverished understanding of the city. I hold that belief to this day. Nobody should visit Montreal without reading at least one of Richler's books. My personal favorite remains his most famous and first fully realized Montreal novel, "The Apprenticeship of Duddy Kravitz" (1959). The story of a young hustler desperate to make it, "Duddy Kravitz" set the tone for all of Richler's later books. Basically, this book established the Richler brand. The books that followed were predictably and satisfyingly similar. In each, the protagonist bears more than a passing resemblance to the author -- a streetwise Jew, poor kid made good, who has a weakness for smoked meat sandwiches and single-malt whiskey, as well as a low tolerance for the pretensions, prejudices and vices of other Jews, French Canadians, and the privileged, old-money Westmount WASPs.

Westmount, as it happens, was home not only to privileged WASPs but also to the world's most famous Montrealer. Hailed more for his songs and poems -- when "Suzanne takes you down to her place near the river," the river in question is the St. Lawrence in the old port of Montreal -- Leonard Cohen also wrote two novels, both set in the city. Fittingly, I became acquainted with Cohen when I fell in love with a girl in my 20th century poetry class. We were enthralled by Cohen's first book, a bildungsroman called "The Favorite Game" (1963); however, with the benefit of hindsight, I would actually recommend his second, "Beautiful Losers" (1966).

The novel is structured around a scholarly and erotic fixation with the virgin Algonquin saint, Catherine Tekakwitha, whose name graces Montreal's central thoroughfare, the rue Ste. Catherine -- now home to hookers, strip clubs and gleaming franchise stores. Cohen's novel, like Montreal, is a mixture of the sacred and the profane, where a fanciful description of Montreal's first Mass -- "Fireflies were twinkling over the darkened meadows. They caught them, tied them with threads into shining bouquets, and hung them before the altar, where the Host remained exposed" -- is followed by a graphic description of a fabled Mohawk sex cure. There is much in the book about the Indians who lived along the primeval shores of the St. Lawrence (the Onandagas, Hurons, Mohawks and Abenaki) -- their allegiances, their conflicts, their mating customs, and their preferred methods of killing and torturing missionaries. All of it is lovingly rendered and some of it even appears to be true.

Cohen's plot also incorporates the separatist fervor that gripped Quebec in the 1960s and that, to a great extent, grips it to this day. Montreal, of course, has always been the sole object of contention. Canadians would have bid adieu to Quebec a long time ago if the separatists weren't so adamant about taking Montreal with them. Neither side, naturally, can bear to part with a city that stays open all night, whose cafes are brimming with action, and where the drinking age is 18. And then there is the question of springtime in Montreal, which Cohen describes with remarkable beauty and precision: "In Montreal spring is like an autopsy. Everyone wants to see the inside of the frozen mammoth. Girls rip off their sleeves and the flesh is sweet and white, like wood under green bark. From the streets a sexual manifesto rises like an inflating tire, 'The winter has not killed us again!'"

Finally, no bibliography of Montreal could be complete without a nod to renowned Quebecois playwright and novelist Michel Tremblay. His breakout play "Les Belles Soeurs" ("The Sisters-in-Law") (1968) was set in the Plateau, a blue-collar Montreal neighborhood, adjacent to Richler's St. Urbain Street, and currently much coveted by university students and upwardly mobile professionals. Tremblay set many of his plays and novels in the Plateau and did for his French Canadians what Richler did for his Jews -- he humanized and scandalized them in equal measure. Of his novels, "The Fat Woman Next Door Is Pregnant" (1978) is perhaps the best. Tremblay writes often from a woman's perspective, and in "The Fat Woman Next Door" he populates the book with French-Canadian women young, old, married, single and fallen. And just for the hell of it, he also animates the thoughts of a gluttonous house-cat, who bears the name of the notoriously corrupt postwar premier of Quebec, Maurice Duplessis -- the man who unwittingly fomented Quebec's "Quiet Revolution" and the consequent rise of a modern, cosmopolitan and sublimely permissive Montreal.

David Bezmozgis is the author of "Natasha: And Other Stories."

Books Canada The Literary Guide To The World Travel