Wait, was Karl Rove in Boulder this week?

It's the best explanation for the way an incredible JonBenet Ramsey confession knocked real news off the air. 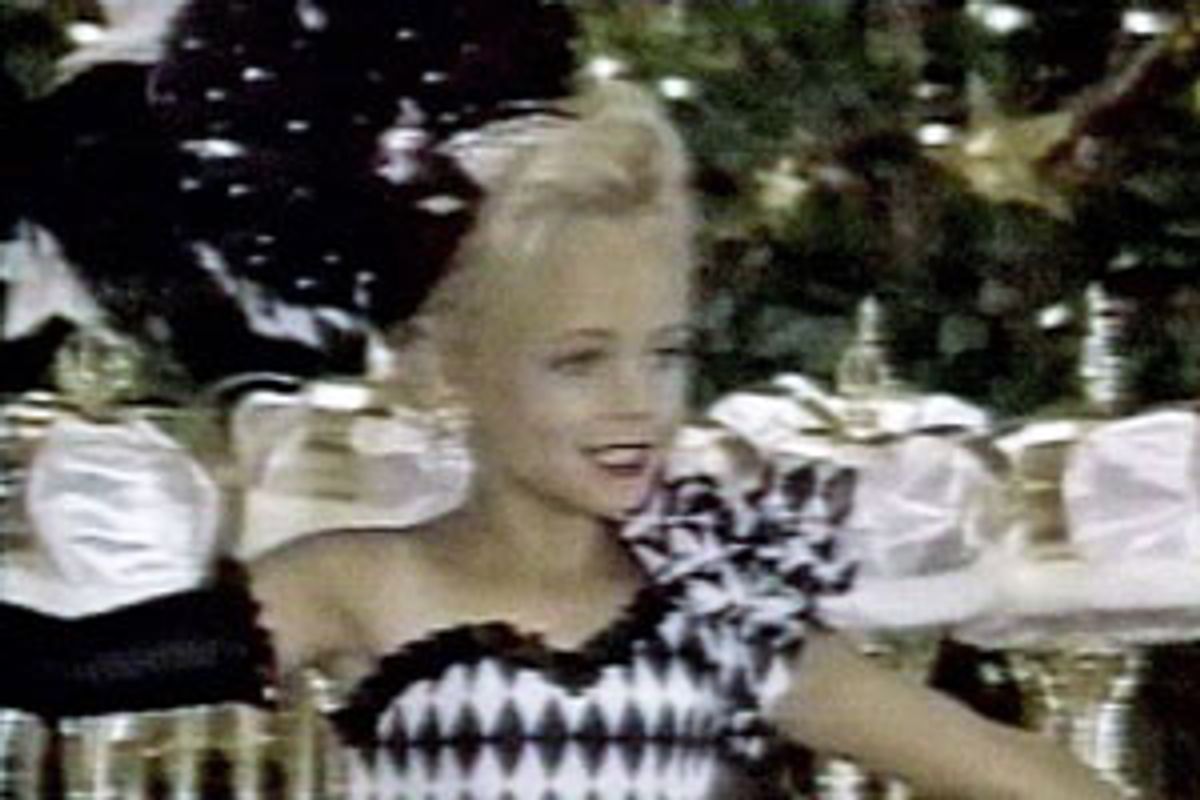 It has been a decade since the sensational murder of sexed-up 6-year-old JonBenet Ramsey; the case was officially cold. Other news eventually replaced the image of her big-eyed, ringlet-topped face. We had almost forgotten her, and the way she and her parents freaked us out and made us sad and beguiled us with empty-calorie news for the better part of a year. We've had stolen elections and Supreme Court shifts and a terror attack on American soil and wars in the Middle East. Last week we saw an 18-year Senate veteran lose his party's nomination because of his support for a corrupt president and a corrupt war. On Thursday a Detroit federal judge ruled that the Bush administration's warrantless wiretapping program is illegal and unconstitutional. This is heavy stuff.

So imagine the surprise, amid all this yucky news, to see the heavily rouged face of the tiniest, saddest beauty-pageant murder victim back in the headlines. It was almost enough to make you forget about the war and Middle Eastern politics and illegal eavesdropping, and think just about blond baby beauty queens and the men and women who may or may not have murdered them 10 years ago. Hey, stop this reverie! Don't think that Thursday passed without at least one person widening her eyes to the dawning realization that this John Mark Karr person seems about as likely to have murdered JonBenet Ramsey as he is to have abducted Chandra Levy or helped the Iranians with their nuclear program.

But was I the only person in America asking her colleagues, "Does anyone know if Karl Rove has any ties to Boulder?"

OK, so maybe I was. But I have a point. It's perfect, really. It's August. None of us want to wrap our heads around "complicated" news. We're mushy and suggestible. And we all know that that's just the way our president and his buddies like us. Trouble is, that damn real news keeps rearing its head. Wiretapping, Lebanon, something funky at the FDA, an insurgency in Iraq that just keeps expanding, no matter how forcefully they try to stuff it in the suitcase and sit on it till it closes. The busted London terror plot seemed promising for the administration, until the story line got complicated, and travelers got confused about how serious it was, started simply chucking the KY in their checked luggage and moved on.

If that didn't work, what could distract us? How about JonBenet Ramsey? She's cute, she's weird, she's dead! She's America's cute weird dead sweetheart! Her mother just died in June, we're coming up on the 10th anniversary of her slaying, and -- bonus! -- this month would have marked her Sweet 16 birthday. Seriously, what else could explain police work this shoddy? So shoddy that it takes the media approximately four hours to poke holes -- for instance, that the accused was probably in a different state at the time of the victim's demise -- in the case against Karr? (Not that this fact stopped CNN from blathering on about it most of Thursday night.) Did investigators bother to ask anyone about the facts before they held a press conference? It's as if they printed that Jennifer Aniston and Vince Vaughan got engaged on the cover of Us Weekly without checking with their publicists first.

Wait a minute! That happened this week too! How odd. It's true that the celebrity weekly sales are finally leveling off now that the soap operas taking place inside Katie Holmes' or Angelina Jolie's womb have reached their inevitable end. And the Bushies are no fools. They know what people want to read: They want their Jen happy and over Brad! Of course I'm not suggesting that Karl Rove would spread that kind of filth himself. We all know he's no leaker. But what exactly is Us editor Janice Min's relationship with Scooter Libby? And hey, who better than a high-up administration official to tip off Black Crowes frontman Chris Robinson that his wife, Kate Hudson, was diddling her "You, Me, and Dupree" star, Owen Wilson? OK, so that story didn't make the Times. But the Chicago Tribune, the Guardian, CNN, ABC ... good work, guys!

As long as we're at it, we also should consider the possibility that Secret Service agents are concealing Suri Cruise in a secure location, timing her big debut to coincide with the U.N. General Assembly meetings in September. Or maybe a big move against Iran? And I don't want to be some kind of crazy wacko tinfoil-hat person, but come on, can't you see Condi partying a little with Mel? You know, handing him a bottle of tequila and forcing him to watch "Bananas" 12 times in a row before sending him spinning down the Pacific Coast Highway?

But really, the celebrity stuff is small potatoes. What with increasingly shorter attention spans and all that, those headlines are good for maybe a week of distraction, 10 days if they involve Lindsay Lohan and her freckled nether regions. That's what made this JonBenet move so inspired, even if the execution was ham-handed. We need more of the true-crime stuff. More Nancy Grace, big cable news kinds of stories. More Amber Frey. More rosy-cheeked missing persons.

In fact, if he's smart, at this very moment, Rove should be standing outside Scott Peterson's jail cell, turning the key and yelling, "What are you waiting for? Run! Run, you idiot! Run like the wind! You have 24 hours before we call Greta Van Susteren!"

And should the pesky news cycle fail to shift away from our dire reality before the midterm elections, there's always the last resort, the big gun to pull, the one man to call: Anyone spoken to O.J. recently?