A warming climate could spell the end for a protected pit viper in Arizona. 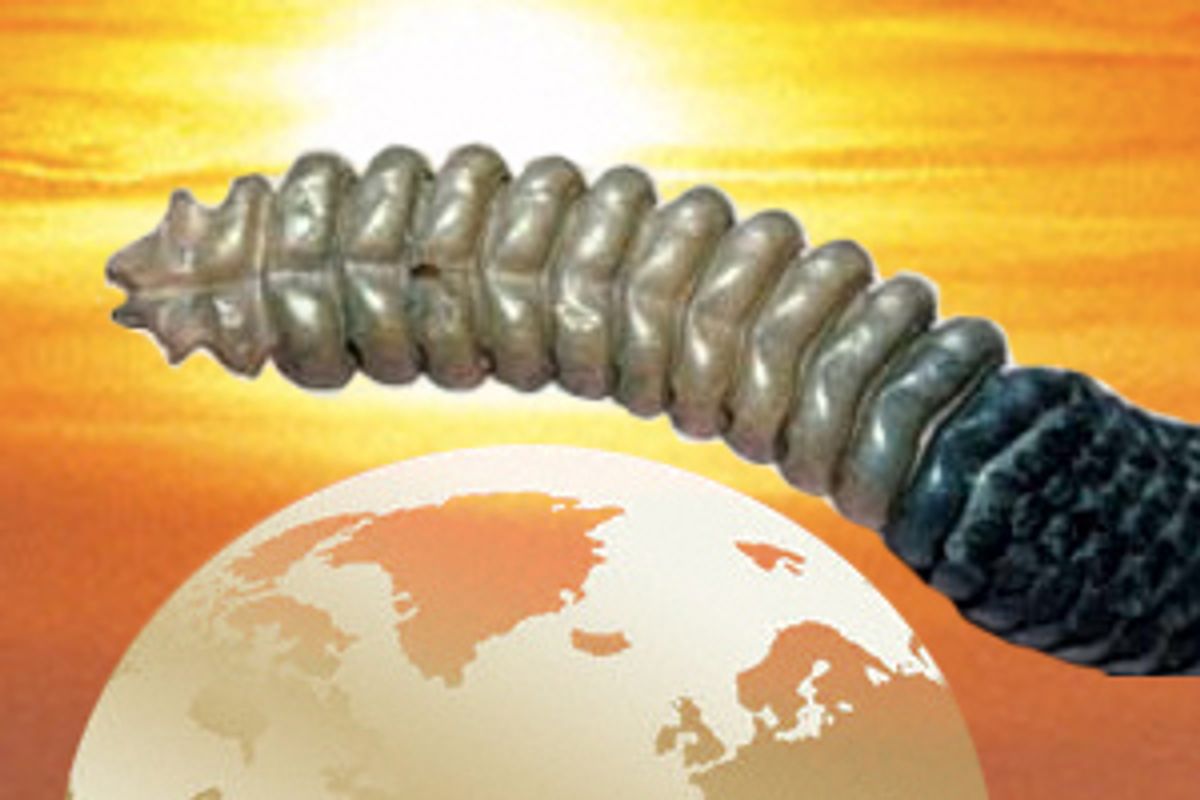 Rattlesnakes have been stressing out about global warming in Arizona for eons. So they've headed for higher ground. When the last ice age ended, and temperatures rose in the Chiricahua Mountains, the twin-spotted rattlesnake, a state-protected species, slithered for refuge in the cool boulders above 8,000 feet. It was a good strategy that worked for thousands of years. Now wildlife biologist Dave Prival worries that human-induced global warming could spell the end for the little rattlers on the Arizona range.

"They really do like cool, wet weather, which is sort of unusual for snakes," says Prival, who did his master's thesis at the University of Arizona on the little-studied snakes, making him the world's foremost expert on the pit viper. Because snakes rely on ambient temperature to regulate their own body temperature, they're sensitive to changes of a few degrees. As global warming cranks up, these snakes will ultimately find it hard to beat the heat. "I expect that they would like to go to a higher elevation, but there really is no where higher for them to go as it gets warmer," Prival says.

The twin-spotted rattlesnake, which lives in the mountains in southeastern Arizona and in Mexico, is one of the smaller rattlers, growing up to about 2 feet long. In the last 10 years, Prival and some 100 volunteers have caught, measured, tagged and released 239 twin-spotted rattlesnakes in the Arizona mountains. Welding gloves are favored attire for catching a twin-spotted rattler. Having a plastic tube to stick its head into so it can't bite you is also handy. Aficionados of this rarified pursuit often refer to it as "herping." Prival calls it "looking for snakes."

These rattlesnakes don't like direct sunlight much. They favor talus slopes, basically fields of huge boulders, below mountain ridges. On the slopes, there are lots of lizards to eat, and other twin-spotted rattlers to mate with. When this habitat gets too hot for their taste, Prival has found that the snakes take to the cooler microclimates of the woods. Yet the biologist has learned that, in the woods, the snakes' life is much harder, as they're forced to cover a lot more ground to find food and mates.

"A change in the climate could have an impact on where they lie, and how much energy they have to expend to survive," Prival says. "If the climate becomes hotter and drier, they're going to have a harder time. They're not going to be very active. If it's too hot, they heat up too fast. If it's too dry, they tend to desiccate. I would expect that climate change is going to dramatically affect the Arizona populations in a negative way."

Crotalus pricei's most active eating, mating and growing season is right now, July through September. In a decade of study, Prival has also observed that the time the snakes give birth is related to when the summer rains begin. It's unclear exactly what impact climate change will have on the rain patterns, but any shift could be hard on the baby snakes, hurting their -- and their kind's -- chances of survival. A change in when the rains come and how long they last could kill them off. If the rains come late, the little baby snakes may not have very much time to grow before they would have to buckle down for the winter. If the rains come too early, and stop early, the baby snakes, which are thin-skinned, could dry out. "Most of the baby snakes don't survive anyway, because of the way nature is," Prival explains. "It wouldn't take much of a change to hurt these guys."

The biologist, who once shared his tent during a thunderstorm with a very angry, male twin-spotted rattlesnake he was trying to measure, says impacts of global warming are a relatively new area of study for snake biologists. Yet, because snakes are so dependent on the temperature around them, it's obviously going to cause them to change. Sadly for the twin-spotted, "they can't just move up the mountain like so many other snakes might be able to. Within a few decades, we'll know if they're going to make it or not."