L is for lame

How "The L Word" lost its intoxicating boundary pushing. 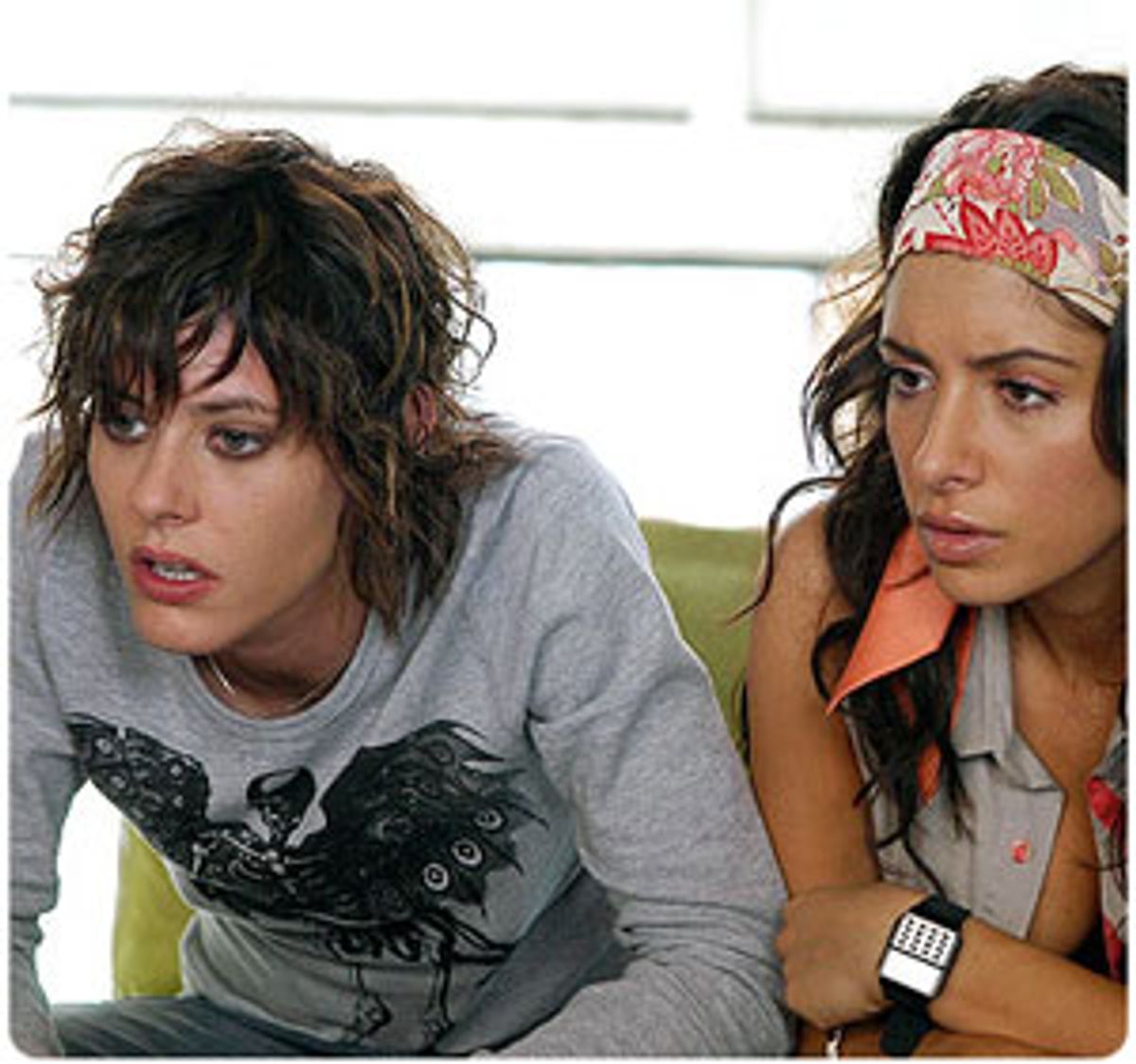 When "The L Word" premiered on Showtime two and a half years ago, I was intensely curious about it -- all those gorgeous women, and all of them in that mesmerizing city of cars, canyons and hot tubs -- Los Angeles! But I was too nervous to admit my excitement to anyone else, let alone watch it in company. I guess I was a little too curious, and slightly ashamed of how eager I -- a straight girl in New York -- was to drink in Jennifer Beals, Mia Kirshner and, my god, the outrageously sexy Katherine Moennig, making out (and doing so very much more) with other women.

However, thanks to the multiple airtimes -- and my roommate's bedtime of 10:30 -- I could sneak watching it on my own, free of embarrassment. Eventually, as I was able to own up to my love for "The L Word," I discovered -- perhaps unsurprisingly to the rest of the general population -- that all women with access to Showtime were obsessed with this show. Gay, straight, very straight -- it didn't matter. Everyone had someone to crush on -- Moennig's womanizing, androgynous Shane; Leisha Hailey's too-cute, and very bisexual, Alice; and, in that first season, Karina Lombard's Euro-trash femme fatale Marina. Jenny (Kirshner) was that women so many of us wondered if we were: straight, until we met the right (or very, very wrong) woman.

But now... I am back to being ashamed of my "L Word" love, but for a different reason. What started as an ambitious, artful series aiming to push the envelope of cultural acceptability has devolved into a nighttime soap opera so tedious it makes the later years of "Melrose Place" seem like the first season of "The OC." Too many references? Let me put it this way: "The L Word" has become trash. Not just regular trash like "E!" or "90210" reruns, but bad, bad trash -- the kind so pungent and sticky that just being near it makes you feel yucky.

In an effort to push its characters -- and boundaries -- all over the place, the show's writers have betrayed all of what once made it good. Shane, the intoxicating whore, became monogamous; instead of fighting off girls, she fights with just one, her girlfriend Carmen (Sarah Shahi). (No matter how hot Carmen is, watching them argue is boring.) Jenny? With her need to turn her partner Max (Daniela Sea) -- a sweet pre-op FTM transsexual -- into a statement, she's overpoliticized the show. Speaking of... what's up with the Gloria Steinem cameos? And what about killing off Dana (Erin Daniels)? It wasn't enough to give her breast cancer, they had to make her die, within the span of a few episodes, and then have her two ex-girlfriends hook up to stifle their mutual grief.

No longer a brave exploration of smart, successful, driven women who have sex with other women, "The L Word" is just another Sunday-night drama full of desperate women who happen to be lesbians instead of housewives.