She solves the crime -- but we end up doing the time. 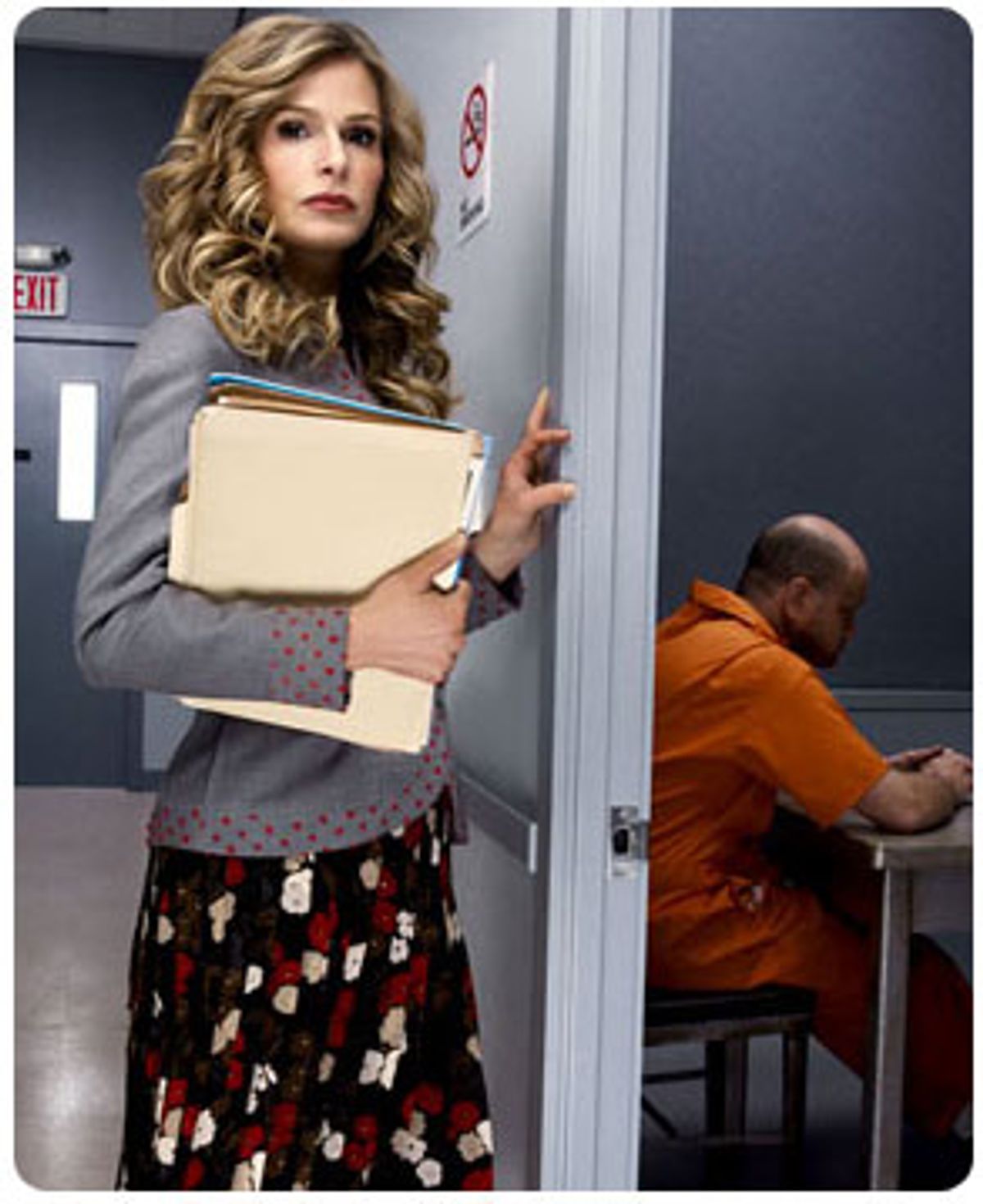 I'll admit I haven't watched that many episodes of "The Closer" -- I was blissfully ignorant of its existence until Season 2, and just started watching in hopes of finding a new Monday night police series standby -- but I have to say it gets on my nerves in a way few shows do. The series suffers from a number of missteps, some of them minor, like Deputy Police Chief Brenda Johnson's (Kyra Sedgwick) glaring, fire-truck-on-speed lipstick; some of them major, like the episode in which she crawls in a dumpster to find a severed head and just starts flinging out trash everywhere. We're living in a post-"CSI" era here -- what police show fan would let that kind of sloppy crime-scene work slip past unnoticed? (And while I'm nitpicking: Who chose to make the soundtrack a rip-off of Eric Clapton's work on the "Rush" soundtrack? I swear, I'm going to kill someone if I hear one more bluesy guitar lick during a scene change.)

The most unforgivable sin "The Closer" commits, though, is also the one most difficult for it to change. The premise of every episode, in fact, hinges on Johnson's allegedly amazing interview techniques. After some pretty routine police work -- interviewing family members and possible suspects -- she brings someone into the interview room and, just when the case is looking un-crackable, she wrings a confession out of them. Which is all well and good, but the wringing always feels lifeless, perfunctory, as robotic as your uncle and that trick with the quarter behind the ear. We know that two-thirds of the way through the show, someone is going to fess up, and, like magic, they always do. The tricks that Johnson uses to get her confessions seem visible from miles off, and the flashes of insight she tends to get -- usually just before solving the case -- come from the "Amelie" school of detective work: She'll notice some small, domestic detail, and from that one thing spin out the whole narrative.

Yes, Sedgwick got an Emmy nomination for her portrayal of Johnson, and watching her is the best thing about the show, Technicolor lipstick and forced Southern accent aside. But she's all alone out there. None of the other cast members come close to bringing any real dimension to their characters, and their small subplots tend to fizzle into the forgettable. Sedgwick's Johnson seems to spend a good deal of time each episode telling her staff exactly what to do, as if they were a wayward bunch of students in her after-school class. Sure, she's the boss, but you can't help feeling each time she has to tell one of the detectives to look up someone's license plate that she wishes they'd just think of these things themselves. Their lack of imagination is mirrored by the show's writers, and it leaves you wishing that both Sedgwick and Johnson could get free and clear of "The Closer," then maybe they could do something really interesting.