From 17th century haikus to the work of Kazuo Ishiguro, writing from this Far East nation reveals an obsession with beauty and discipline. 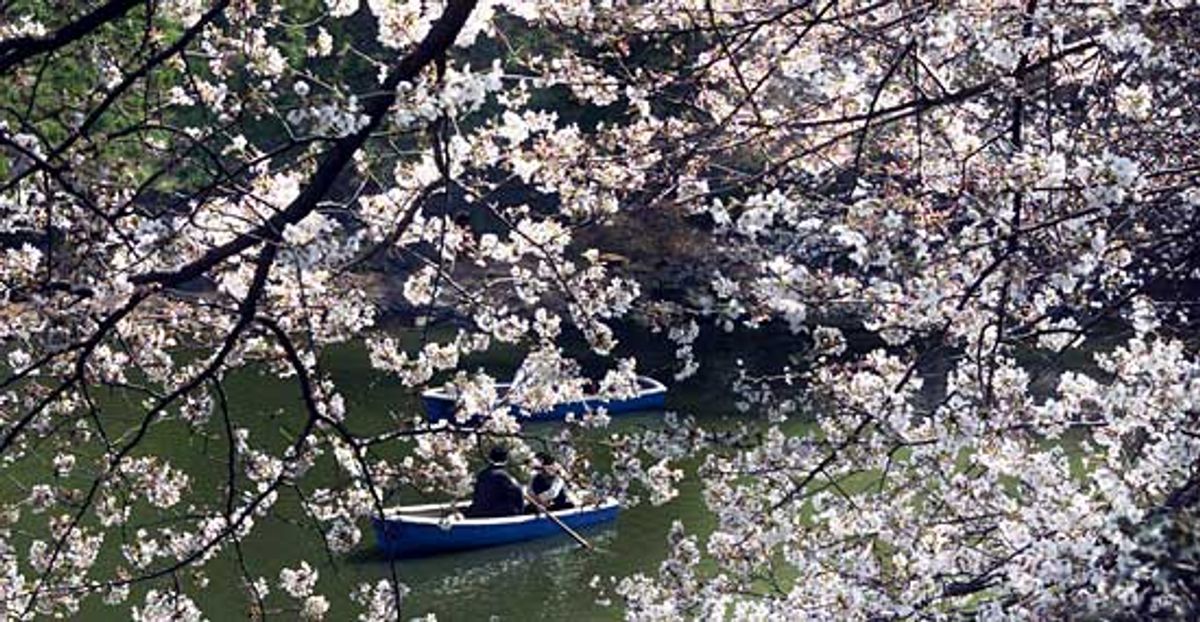 The sidewalks in my childhood neighborhood in Kobe were lined with cherry trees, so each April I walked to school under their blossoms. Still, my mother took me to Kyoto, an hour away by train, to see the trees planted in temple gardens, their petals falling over quiet ponds. Appreciating beauty required a special trip, not a daily walk. These trees were trimmed perfectly, and cast dappled shadows on the rocks and the water. In Japan, tranquility comes from rigorous discipline. The gardens of Kyoto struck me as beautiful, but sad -- like my mother, who tried to overcome her unhappy marriage by being impeccably cheerful, polite and elegant. I left Japan at 20 to live in the States, but when I return in my reading, I am drawn to books that illuminate the austere rigor of beauty that's the essence of Japanese culture.

Any literary tour should begin with "The Pillow Book of Sei Shōnagon." Sei Shōnagon, who lived in Kyoto around 990 and served as a lady-in-waiting to the empress, recorded her impressions of court life in the notebooks she kept near her pillow. After a day trip to the countryside to hear the cuckoo's song or a quiet evening of reading poetry with the empress, she retired behind the latticed screen of her bedroom to write down her thoughts. The 164 lists ("Trees," "Birds," "Hateful Things," "People Who Have Been Changed as Much as if They Had Been Reborn") and essays she composed offer wonderfully opinionated commentary on nature, art and the society of her time. She believed that there was the right time and place for everything: "In spring it is the dawn that is most beautiful. As the light creeps over the hills, their outlines are dyed a faint red and wisps of purplish cloud trail over them. In the summer the nights." New Year's Day is "delightful" because "everyone pays great attention to his appearance and dresses with the utmost care."

Shockingly frank for a woman of her time, Sei Shōnagon is merciless in her judgments, and unabashed about her prejudices. She ridicules the uneducated maid who recites a poem in her crude country accent. She has no patience for crying babies, ill-mannered courtiers, or old people. "Alas," she laments, "there is nothing to recommend an ugly face." You can take "Pillow Book" to Kyoto and read it in the palace garden where Sei Shōnagon strolled with her empress to view the flowering plum trees, but it's in the modern shopping district near the station, in the Comme des Garçons and Max Mara-Japan boutiques, that you'll find her well-heeled descendants.

Basho is the master of Japan's most famous poetic form, the haiku ("The old pond/ a frog jumps/ the sound of water"); his poignant and meditative travel writing collected in "The Narrow Road to the Deep North and Other Travel Sketches" tells us where he was and what he was doing when he wrote his poems. Basho, who lived alone in a hut by a river outside Tokyo, was 40 when he began his travels in 1684. Over the next 10 years, he completed five pilgrimages through Central Japan. Deeply influenced by Zen, Basho intended to renounce the frivolous concerns of his daily life and confront his mortality as he visited temples, historic battle sites, and graves of sages and poets. He encountered the sublime ("By a singular stroke/ Of luck, I saw/ A solitary hawk circling/ Above the promontory of Irago") as well as the mundane (fleas, mosquitoes, horses urinating outside his window). Far away from home, he realized that poetry was a part of everyone's daily life ("The first poetic venture I came across -- / the rice planting songs/ of the far north").

Kazuo Ishiguro, who is most famous in the West for "The Remains of the Day," was born in Japan, though he grew up in England. His novel "An Artist of the Floating World" (1986), set in an unnamed Japanese city in 1948, explores the darker side of Japan's preoccupation with beauty and discipline. The book's narrator, Masui Ono, is an artist who painted propaganda posters for the Imperial Army and reported on the "unpatriotic activities" of his friends. Now that the war is over, his neighbors shun him, and no museum will show his work. In order to arrange a marriage for his younger daughter, Ono must decide how much of his guilt he can admit to -- or conceal from -- his prospective in-laws.

In "Artist," Ishiguro portrays what every visitor to Japan should know about Japanese conversations: No one will speak the truth directly if there's any chance of offending the listener. Ishiguro's characters offer each other small, false laughs to signal that their words are not to be taken at face value; often, they speak in riddles. Ono's older daughter mentions making arrangements about "the past" as she throws out the faded blooms from the vase in the alcove of her father's drawing room. When her father doesn't reply, she trims down and rearranges the flowers that are still fresh and says, "I have little skill in these things." What she actually means is: "Perhaps I am not making myself clear." Ono replies, "They look splendid," because he understands: To restore their family's good name, he must rearrange the facts of his past as she has done the flowers. The tense but polite conversation between father and daughter captures the essential irony of Japanese life: It's better to face the truth oneself, if only to conceal it from everyone else.

Yuko Tsushima was a year old in 1948 when her father, the famous novelist Osamu Dazai, committed double suicide with a bar waitress. The seven stories in her 1988 collection, "The Shooting Gallery and Other Stories," feature single mothers, abandoned wives and middle-aged daughters of aging parents in contemporary Tokyo. The landscape is gritty and harsh -- old houses are replaced by warrenlike concrete buildings, parks become dumping grounds for unwanted pets, and the beach is cold and full of trash. This collection reveals a segment of the population seldom seen in the news.

But back to Kyoto, where the American poet Henri Cole, who spent the first two years of his life in Japan with his parents, returned alone in 2001. He is the perfect companion for any visitor who travels to this land of Zen and urban alienation in search of beauty and self-knowledge. His sonnets about Japan, collected in "Middle Earth" (2003), are as perfectly trimmed as the cherry trees my mother once admired: In them, restraint becomes freedom. The hydrangeas blooming in the rocky soil of a charity hospital offer "that atmosphere of pure/ unambiguous light burning inwardly,/ not in self-regard but in self-forgetting." Like Tsushima's characters, Cole is beset with insects that bring him insight: A praying mantis mocks his air of "romantic suffering" and forces him to be honest; a dead dragonfly placed in a rice bowl becomes a still-life composition of his essential loneliness. "I want a feeling of beauty/ to surround the plainest facts of my life," Cole declares in a poem titled "My Tea Ceremony." Sei Shōnagon and Basho (and my mother, too) would have agreed.

Asia Books The Literary Guide To The World Travel