In bed with Big Pharma

Hadassah Lieberman worked for a powerhouse lobbying firm. Were her clients' special interests being served by her husband? 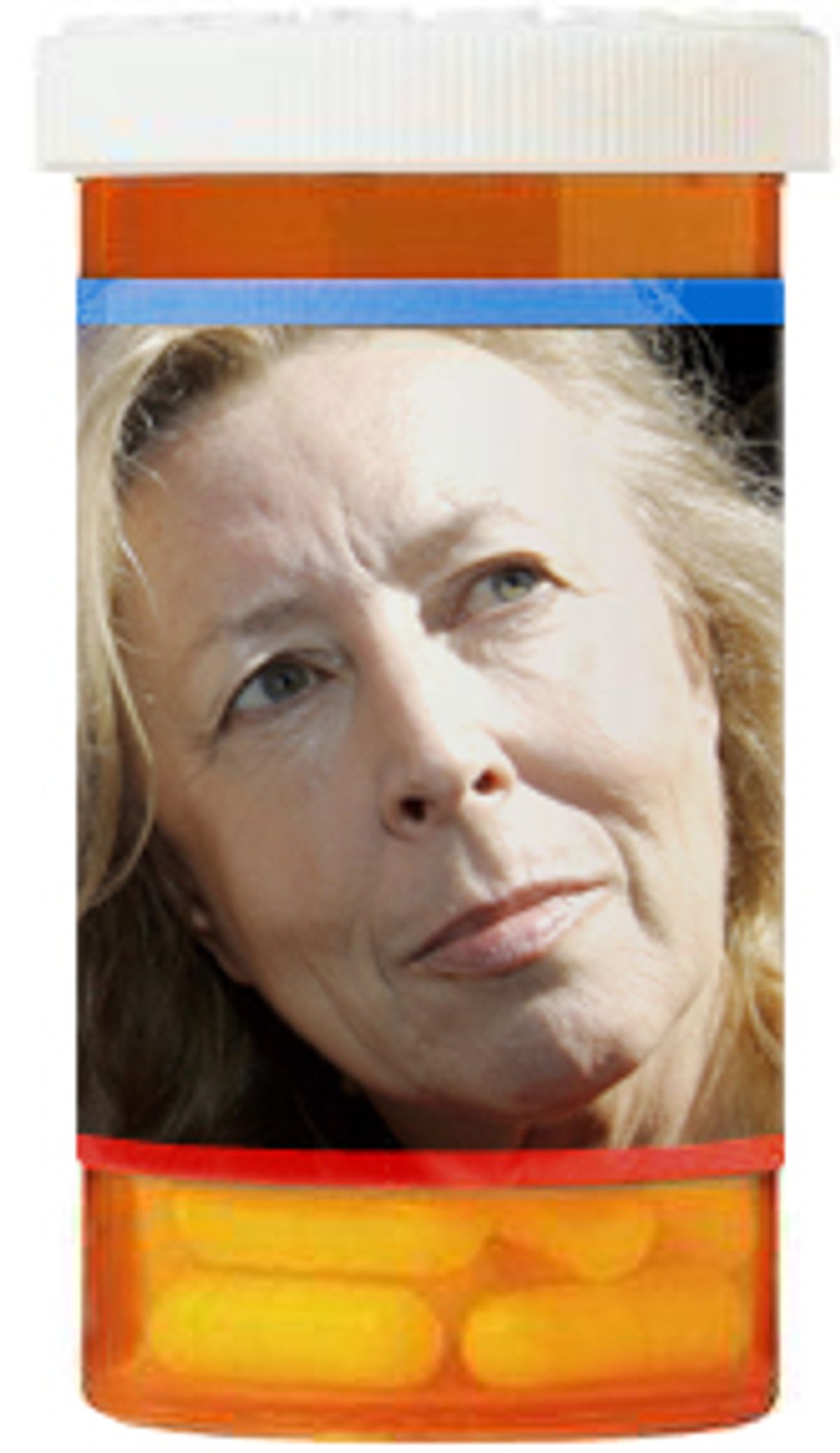 In a year when "lobbyist" may replace "liberal" as the dreaded L-word, the wise politician draws no attention to any connections with the corporate shills who infest Congress like a biblical plague. Any elected official whose spouse is paid to represent or advise an unpopular special interest should observe that simple caution even more carefully. Naive voters may not understand that this is simply how business is done in their corrupt capital these days -- so it is best to say nothing and hope that nobody asks too many questions.

That was how Sen. Joe Lieberman's campaign handled the potential problem of his wife, Hadassah, and her employment by Hill & Knowlton, the public relations and lobbying firm that has flacked for a gamut of gamy clients, from the tobacco lobby and the Kuwaiti government to Enron, at least until last weekend. When I wrote a column on the subject of her job in July, the Lieberman campaign didn't respond, and Sen. Lieberman's opponent, Ned Lamont, did not make an issue of it.

But on Aug. 27, Lieberman spokesman Dan Gerstein released an angry memo in reaction to an offhand remark by Lamont campaign manager Tom Swan -- who mentioned on a local TV show that his candidate's wife, Annie, "is not a lobbyist" -- and to subsequent postings on the topic by pro-Lamont bloggers. According to the Journal Inquirer, a Connecticut daily newspaper, Gerstein's memo was headlined "Lamonster Whopper of the Week" and railed against Lamont's "reality-challenged blog supporters" for repeating "the lie that Hadassah Lieberman is a lobbyist."

Gerstein went on to note that Mrs. Lieberman "has never been a registered lobbyist" according to records kept by the Senate clerk.

In my original column on Mrs. Lieberman's work for Hill & Knowlton, I carefully refrained from labeling her a lobbyist, since I knew that she had not registered as one. Whether she should have registered is difficult to determine, however, because neither Gerstein nor anyone else associated with either the Lieberman campaign or Hill & Knowlton will discuss what services she performed for the company, one of the biggest lobby shops in Washington, which hired her in March 2005.

Her vague title was "senior counselor" in the firm's "health care and pharmaceuticals practice." In the press release announcing her return to consulting after a decade in retirement, she said, "I have had a life-long commitment to helping people gain better health care. I am excited about the opportunity to work with the talented team at Hill & Knowlton to counsel a terrific stable of clients toward that same goal."

It was a very nice and uplifting statement that revealed very, very little about exactly what Mrs. Lieberman would be doing for all those terrific clients. The description provided by the Harry Walker Agency, which books speaking engagements for Mrs. Lieberman, was no more informative: "Today, Mrs. Lieberman is Senior Counsel for Hill & Knowlton's health care and pharmaceuticals practice, where she addresses the constantly changing dynamics of today's global health care market."

Actually, Mrs. Lieberman abruptly quit the Hill & Knowlton job sometime earlier this year, perhaps sensitive to the problems her position might create for her husband in a contested Democratic primary, during a year when lobbying and corruption are potent issues. The Liebermans' 2005 federal tax return, released by his campaign in July, showed that Hill & Knowlton had paid her almost $77,000. In the past she has worked for a lobbying company, APCO Associates, that had many pharmaceutical and healthcare corporations among its clients, as well as for major drug companies such as Pfizer.

Connecticut voters may never know what Mrs. Lieberman did or didn't do for Pfizer, APCO, Hill & Knowlton or any of the other companies to which she has lent her skills and connections over the years. The Lieberman campaign repeatedly refused to disclose the names of her Hill & Knowlton clients to Kevin Rennie of the Hartford Courant. Voters should know what Joe Lieberman has done for the drug industry, however, and why his wife's simultaneous financial and professional involvement in that industry is troubling.

The real question here is not whether Mrs. Lieberman was technically required to register as a lobbyist, but whether she was being paid by corporate clients whose special interests were being served by her husband.

Among Hill & Knowlton's clients when Mrs. Lieberman signed on with the firm last year was GlaxoSmithKline, the huge British-based drug company that makes vaccines along with many other drugs. As I noted in July, Sen. Lieberman introduced a bill in April 2005 (the month after his wife joined Hill & Knowlton) that would award billions of dollars in new "incentives" to companies like GlaxoSmithKline to persuade them to make more new vaccines. Under the legislation, known as Bioshield II, the cost to consumers and governments would be astronomical, but for Lieberman and his Republican cosponsors, Sen. Orrin Hatch, R-Utah, and Sen. Sam Brownback, R-Kan., the results would be worth every penny. Using the war on terror as their ideological backdrop, the pharma-friendly senators sought to win patent extensions on products that have nothing to do with preparations against terrorist attack or natural disaster.

As the New Haven Register, Lieberman's hometown newspaper, noted in an editorial headlined "Lieberman Crafts Drug Company Perk," that bill is even more generous to the pharmaceutical industry than a similar proposal by the Senate Republican leadership. "The government can offer incentives and guarantees for needed public health measures," it said. "But it should not write a blank check, as these bills do, to the pharmaceutical industry that has such a large cost to the public with what may be an uncertain or dubious return."

What the editorial didn't mention was that the Lieberman bill had also been written by Chuck Ludlam, a former pharmaceutical industry lobbyist who then worked on the Connecticut senator's staff. From his office to his bedroom, Lieberman was totally surrounded by current and former employees of Big Pharma. Ludlam has since retired, and Mrs. Lieberman has quit her job too -- but Lieberman still looks like a politician wholly owned by one of the nation's most troublesome special interests. And while his campaign may not believe that the moralizing senator should he held accountable for those dubious relationships, the press and the public may think otherwise.