Hate crimes against Navajos are on the rise -- reopening barely healed wounds from the brutal "Injun rolling" of the '70s, tribal leaders say. 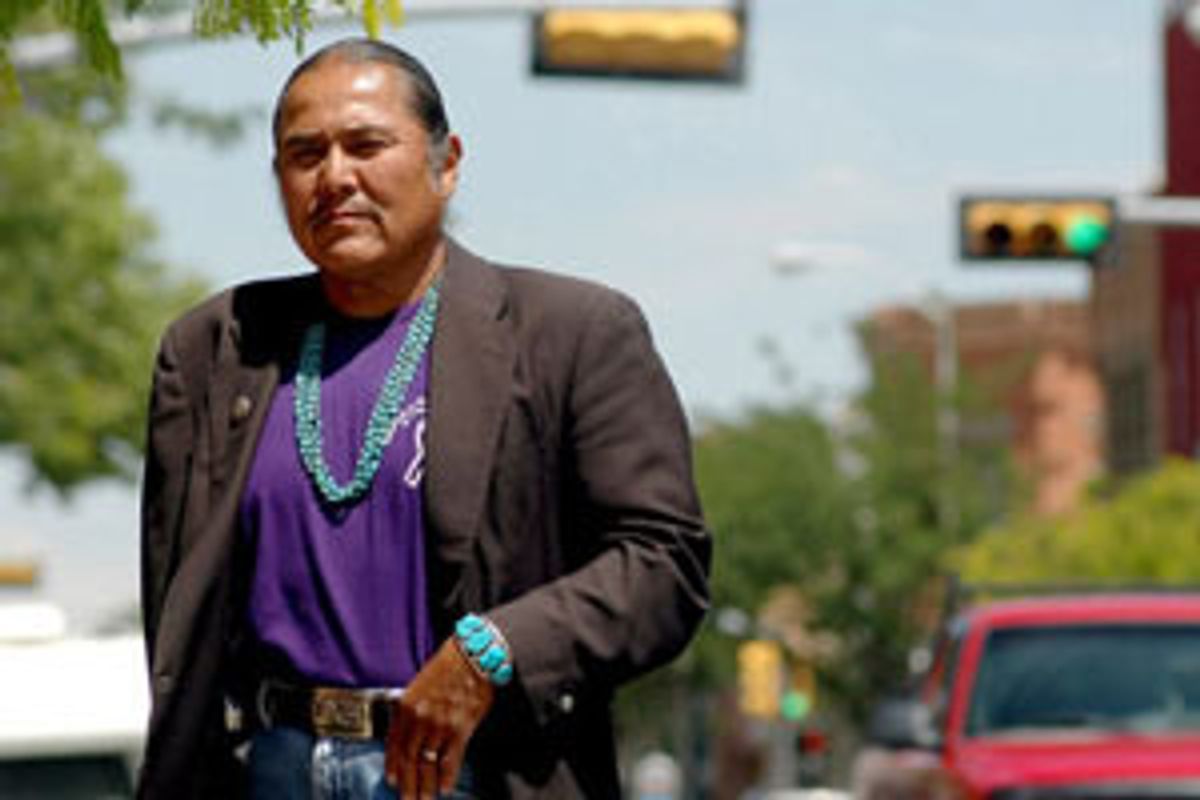 No one wanted another 1974. Not the Navajo, and definitely not the city of Farmington, which is still living down the Navajo murders of that spring, not to mention their aftermath.

But here it is, 32 years later, and the old wounds are wide open. Once again, violent, racially charged incidents between whites and Navajos in Farmington, on the eastern edge of the sprawling Navajo reservation, have outraged Indian country. Once again, a city trying to shake its nickname as "the Selma, Ala., of the Southwest" is on the defensive. And, once again, what's happening here in northern New Mexico is prompting talk of border-town racism on reservations all over the country.

This all started with a beating in Farmington in June. A 47-year-old Navajo man who was offered a ride by three white teenagers in Farmington was driven to the outskirts of town, beaten with a stick and punched and kicked. He said they used racial slurs as they pummeled him.

The beating reminded everyone of the 1970s, the heyday of "Injun rollin'," where white youths in the border towns beat up Navajos (usually sleeping alcoholics they could easily "roll" around) as a rite of passage. In April 1974, when three white Farmington youths tortured, mutilated and bludgeoned three Navajo men, tossing their burned and broken bodies into a canyon, the Navajo Nation organized weeks of peaceful protests in Farmington. When marchers were denied a permit the day after the murderers were sentenced to reform school, clashes with police led to dozens of arrests.

The June beating could hardly compare to the torture murders of years ago. But six days after the beating, a 21-year-old Navajo man was killed by a police officer responding to a call about a domestic dispute at a Wal-Mart parking lot. When Farmington police declared the shooting a justifiable homicide and the FBI declined to investigate -- the agency is now reconsidering its decision -- Navajo leaders announced they would set aside $300,000 for the man's family to file a wrongful death suit against Farmington, and for an investigation of border-town racism.

To visit the Navajo Nation is to know that all the hard feelings are back. These days, as the Navajo plan their first public appeals for tolerance in border towns since 1974 -- the first gesture, a peace walk commemorating all victims of racism, is Sept. 2 -- everyone on the rez will tell you a story or two or three. They'll volunteer how someone they know -- or they themselves -- were recently taunted by white youths, ignored or stared down at a white establishment, or stopped by white police officers for simply being in Farmington.

"I used to say things had gotten much better," said Duane "Chili" Yazzie, a veteran of the 1974 marches, and a former member of the American Indian Movement.

Yazzie, who is now president of the Navajo Nation's Shiprock Chapter -- the equivalent of a mayor -- was addressing a group of Navajo teenagers in the Shiprock Chapter House the other day about how to respond to racism. He showed a short documentary on Farmington's legacy of Navajo hate crimes, "Totah" (the Navajo word for the town), made by a British journalist four years ago. In the film, Yazzie did not offer much hope that issues between the border town and the Navajo Nation would ever be resolved.

Yet he tried to sound a positive note. "All we can do," he told the solemn-faced teenagers, "is try."

Since the latest incidents, white leaders in Farmington, a plain little city (population 40,000) that is 63 percent white, 17 percent Native American and 17 percent Hispanic, have repeatedly denied that Navajos are singled out. They've also pointed out that the U.S. Civil Rights Commission, in a 2005 report examining Farmington 30 years after the torture murders, noted marked improvements in attitudes toward the Navajo.

But that report also concluded that major challenges remain. This summer's incidents are the latest in a long string of border-town attacks on Navajos since the infamous murders. To name a few, in 2001, a 16-year-old Navajo youth was murdered in Colorado by a Farmington man in what police called either a gay hate crime or an Indian hate crime, or both. In 2000, a 36-year-old Navajo woman, Betty Lee, was bludgeoned to death by two Farmington men who were also charged with killing a Navajo man. One of the suspects, Robert Fry (now on death row for Lee's murder), remains a suspect in at least three other brutal Navajo murders and has been implicated in the disappearance of a tribal man.

Navajos keep disappearing, tribal members say. The tribe does not have the numbers, but organizers of the peace walk are hoping relatives of the missing will come out so that they could be counted. Many people here believe that the missing must be victims of Indian rolling whose bodies are somewhere in the vast canyons of the desert, yet -- or never -- to be found.

With the spotlight back on hate crimes, tribal members from all over Indian country have been calling the Navajo, offering to join a boycott of border towns or join marches. Discrimination against Native Americans in towns bordering the large reservations in the country is a longstanding concern among the largest tribes in the country, including the Navajo and the Lakota, in Pine Ridge, S.D.

But Yazzie, who is organizing the response in Navajo Nation, said that for now, he does not want splashy protests or boycotts. And for now, others are deferring to Yazzie, respectful of his experience as a survivor of racist violence.

In 1978, Yazzie was shot by a white hitchhiker whom he had picked up on a rainy night off the rez. Police called it a hate crime.

Despite that, the shooting cost the man less than five years in prison. It cost Yazzie his right arm.