Race to the bottom

The Senate race in Virginia: Hold your nose and vote. 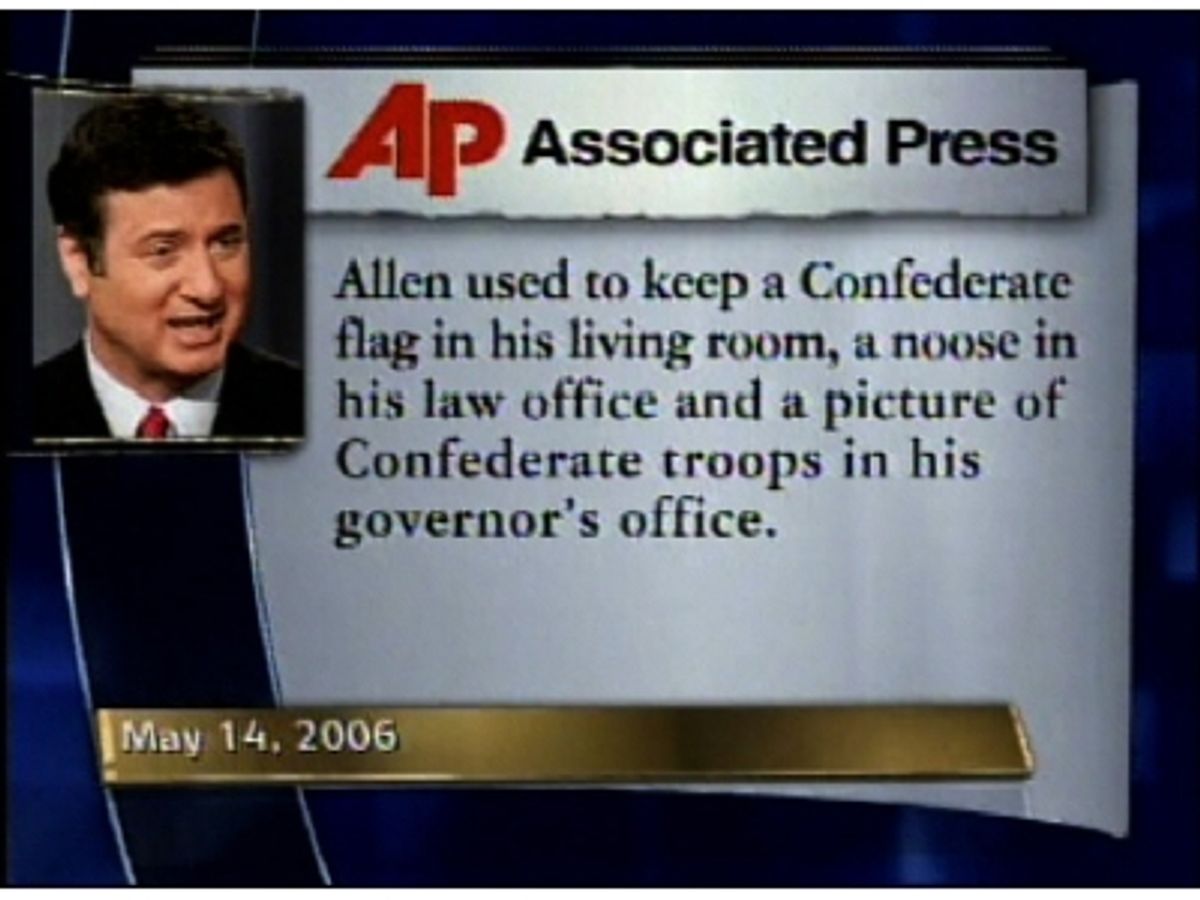 Sunday's "Meet the Press" featured Senate candidate Jim Webb of Virginia, the Democrat, facing off against the incumbent Republican, George Allen, and it was one alarming hour. War Room dissects it here, pointing out that "it's hard not to be struck more by the distressingly similar ways in which the men addressed questions of race and gender, respectively." Webb penned a fairly antiwoman screed against women in the military in 1979 that he now disowns ... except he doesn't ... but he kind of does ... but really, no. Allen, of course, has his "macaca" troubles, and the troubling little habit of keeping a noose in his office. Yes, a noose. Some lowlights below, but reallly, we're just grateful we don't have to vote in this one.