The CIA is infiltrating movie theaters with a snazzy new "24"-style ad campaign. Its mission? To enlist ethnic spies with a taste for "ambiguity." 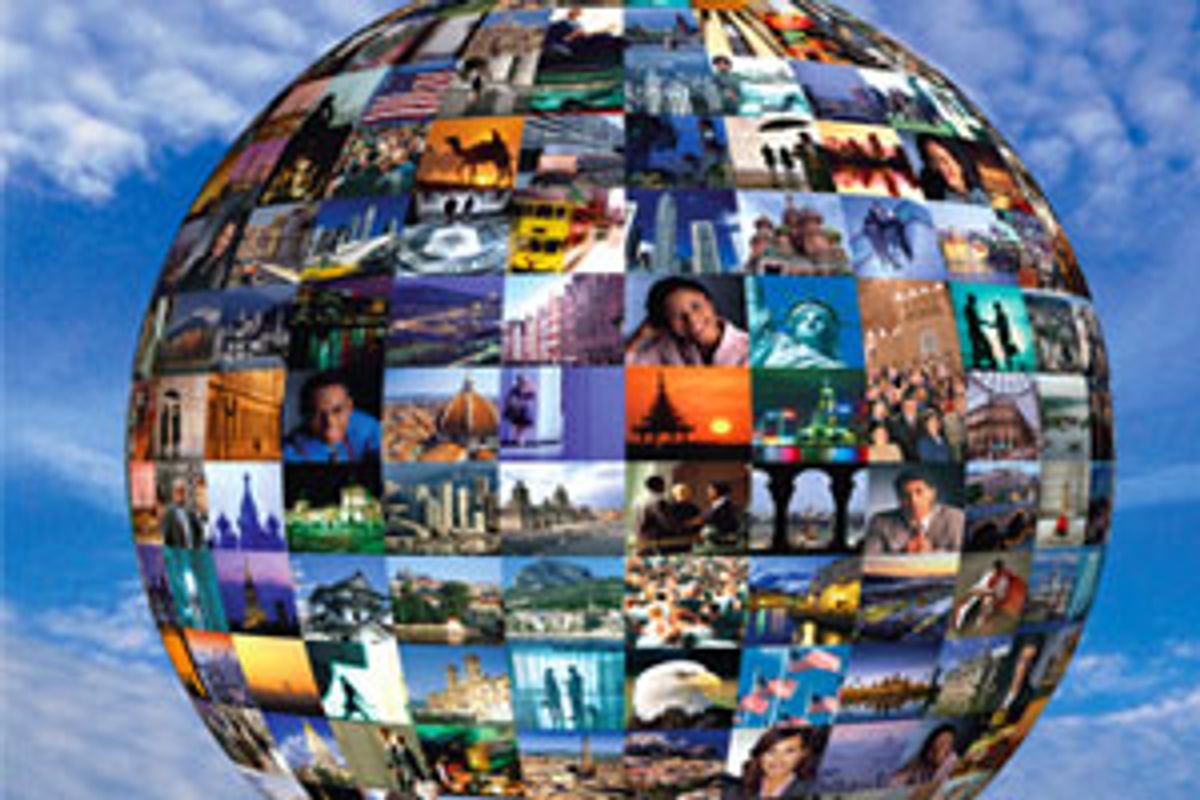 The first ad before the movie starts at Manhattan's Regal Cineplex shows a trio of cartoon kids awaiting orders. "Your mission, should you choose to accept it," booms the omnipotent "Mission Impossible" voice, "is to get yourselves a crunchalicious Nestle chocolate bar!" The next spot also has a spy theme, only this time it's from the real Mission Impossible gang -- the Central Intelligence Agency.

By now, moviegoers are familiar with the U.S. Army's superhero "Army of One" recruitment trailers. But this month marks the CIA's first purely pop moment with a 30-second whiz-bang short that urges "people of integrity and patriotism" who have a taste for "ambiguity" to join the agency in making the world a safer place. Of course, that may mean not only spying, analyzing data and wiretapping, but planting cigar bombs, and, if necessary, kidnapping, and running secret prisons, with perhaps a little aggressive interrogation on the side.

The movie ad, which started rolling out in 59 theaters nationwide in September, is the latest component of a broad, if somewhat bizarre, recruiting campaign tied to the new era of global conflict. The focus is the lack of Arabic and Asian language speakers in U.S. intelligence agencies, oft cited as a possible reason for the failure to detect the 9/11 terrorist plot, and for the lack of good human intelligence on the ground in the Middle East. President Bush's order in 2005 to increase the agency's staff by 50 percent, to the largest size in its history, seems to have inspired the CIA to come up with a whole new road show.

"We're essentially reaching out to as broad an audience as possible," said a CIA spokesperson, who declined to be identified when discussing the publicity campaign. "The ads are for analysts, as well as for field agents in the National Clandestine Service," she said, adding, "We are well on track to meeting our goals."

CIA spokespeople declined to comment specifically on their targeted demographic, instead offering a peculiar euphemism used by the agency to describe the people they're most interested in recruiting: "Heritage Communities." But the movie ad seems clearly aimed at people of Middle Eastern and Asian background. It begins with a voice talking about patriotism, and shots of clouds and a waving American flag. This morphs into a flickering montage of seemingly Islamic cities and secretive-looking interiors resembling scenes from TV's smash-hit "24," while a narrator with a hard-to-identify foreign accent -- presumably the handsomely suited Middle Eastern-ish fellow meandering through the ad -- urges moviegoers to embrace "a world of change and adventure" by joining the agency. The narrator's accent seems to transform as the ad progresses. Nine out of 10 actors in it appear to be Middle Eastern or Asian. It ends with the narrator trumpeting the CIA's new slogan, "The Work of a Nation, the Center of Intelligence," and a quick shot of the agency's spiffy new logo and Web address.

Selling America's enigmatic, powerful spy agency alongside chocolate kiddie treats is a stark departure from how the CIA has sought to fill its ranks in the past, according to the agency's former in-house historian, Gerald Haines. Since its creation after World War II, he says, the agency has recruited exclusively from Ivy League venues, college campuses, academic journals and blue-blood rags like the Economist.

"This is the first movie trailer they've done that I know of, and it's clear they're trying to move beyond the Anglo-white male image," said Haines, now a senior lecturer in history at the University of Virginia. "It seems like it's aimed at the language problem and overall I think it's a change for the good."

The intelligence community's lack of qualified linguists was documented in a flood of stories following 9/11. By one account, the CIA had only a single field agent who could pass for a native Arabic speaker in 2001. More recent statements by agency leaders to Congress suggest they are operating at 5 to 10 percent capacity in that area.

The problem with the good-old-boy approach to recruiting is that the agency was looking in the wrong place. According to the CIA, census studies show that 1.6 percent of Americans are what the CIA calls "heritage speakers," people fluent in desirable languages such as Pashto or Farsi. That's well over 3 million U.S. citizens (you have to be one to work for the CIA), many of whom are first-generation Americans who spoke the language at home with their parents. They'd make ideal spy candidates, said CIA spokespeople, except that they're underrepresented at the college level and they don't seem to subscribe to the Economist. Moreover, the ones who do apply are often disqualified because the CIA is wary of those with close relatives in their home country, which could make them more vulnerable to blackmail and becoming a security risk.

Despite 9/11's solidly Arab cast, the CIA's first outing with the new campaign was a series of ads in Chinese-American newspapers in 2003, and later radio stations. In the spring of 2004 it produced, but never aired on television, a recruiting video with sexy spook Jennifer Garner of the television show "Alias."

Things really started rolling a few months later when Bush ordered the CIA's staff to be doubled, which presumably came with a matching increase in its estimated $5 billion budget (out of the more than $40 billion spent on overall intelligence). The agency made its Web site splashier, and print ads began appearing in odd places like programs sold at baseball games. This was followed in August by a sprinkling of commercials on cable television's Science and Discovery channels, to fill spots in the CIA's Directorate of Science and Technology. They also began decorating airports in cities including Chicago, Los Angeles, Detroit, New York, Miami and Washington, D.C., with CIA billboards and dioramas.

While the logic of recruiting among people now waiting shoeless in airport security lines might seem obvious, agency spokespeople declined to specify why they thought baseball fans represented a promising pool. They also said they are not trying to make working at the CIA appear glamorous, despite the flashy editing and "24" look to the movie trailer.

"No decisions were based on Hollywood productions," said the agency spokesperson. "We believe the imagery chosen is what best illustrates the CIA's global mission  and the diversity of our nation."

The movie ad can currently be enjoyed in urban centers including New York, Los Angeles, Chicago and Detroit, which encompass some of the nation's largest Middle Eastern communities. The CIA has also taken out ads on a dozen radio stations in the Chicago and Detroit areas, according to the spokesperson.

Job applications have doubled from 63,000 in 2001, to 120,000 in 2005, according to the CIA spokespeople. It's probably too early to tell what kind of response the agency will receive from fans of cannibal chick flicks like "The Descent," which followed the ad in Manhattan. There, the audience seemed slightly baffled: Was that real, or just a teaser for some new Fox TV show?

But so far the agency says 2006 has been its best recruitment year ever, with almost 3,000 would-be spies e-mailing in their résumés every month. The result, the agency says, should be a 20 percent increase in recruitment over last year. The CIA's image has improved, according to a 2006 nationwide survey of 37,000 undergraduates published on the agency's Web site, which showed the CIA to be the fifth most desired place to work in the nation -- behind such institutions as Google and the FBI, but ahead of Microsoft and Apple Computer.

How many applicants will actually make the grade is classified information, although the watchdog group Federation of American Scientists estimates that the CIA is currently hiring about 2,000 new people a year. It seems the agency wants to test recruits' ingenuity from the get-go: The ads don't even have a toll-free 800 number to call, for instance. Interested parties must go to the CIA Web address quickly flashed on the screen, where they can take a personality profile and fill out an application. If the agency is interested in them, there's a roughly nine-month security background check (it used to take up to five years), and "some very tough" polygraph examinations, according to Haines.

The movie ad is scheduled to run in theaters until November, but spokespeople declined to rule out further forays into the entertainment realm. Could the animated ad currently on the CIA's Web site, complete with zippy disco music and luminous lettering in Arabic and Chinese, pop up next time you click on the Al-Jazeera Web site? Or might the movie trailer soon appear on DVDs rented from Blockbuster?

"From print to television, to movie theaters and the Internet," said the spokesperson, "we will advertise as new opportunities arise."

Stewart Lee Allen is an author based in New York. His articles about the military and environment have been included in the annual Most Censored Stories list.