The administration claims it wasn't telling scientists what to say about climate change; e-mails obtained by Salon prove otherwise. 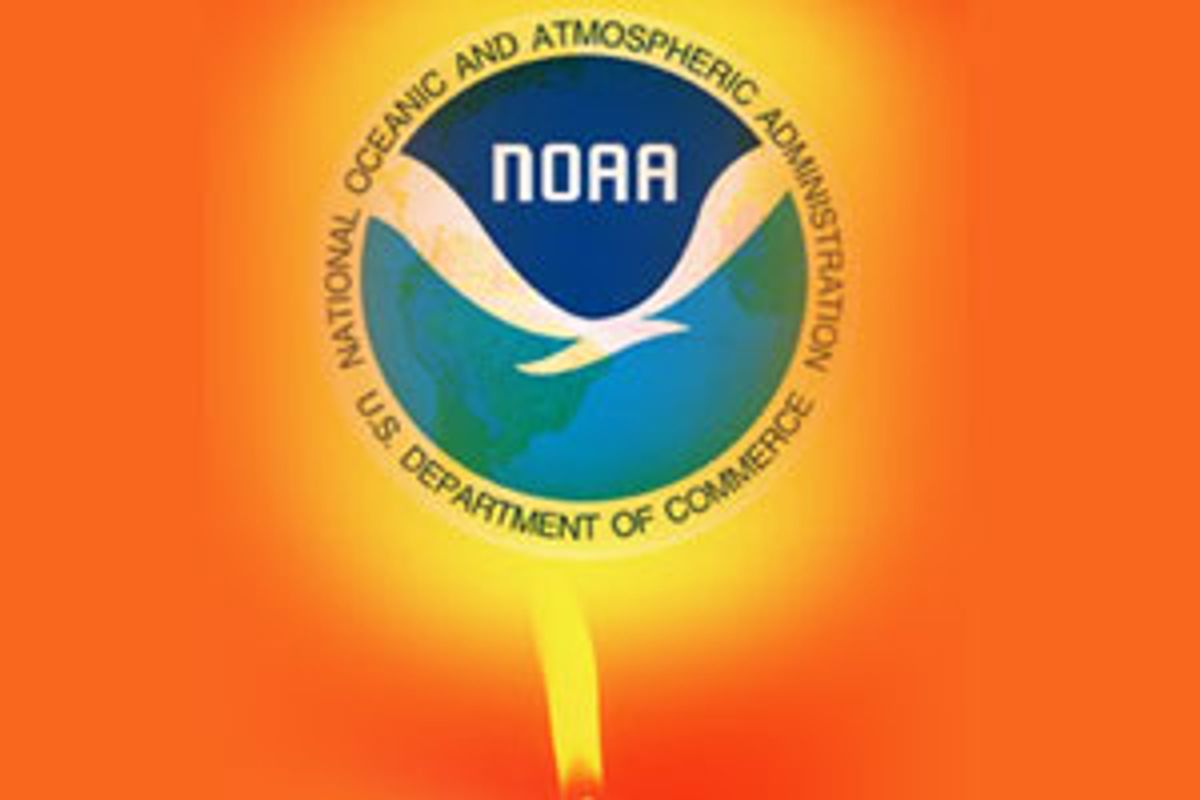 In February, there were several press reports about the Bush administration exercising message control on the subject of climate change. The New Republic cited numerous instances in which top officials at the National Oceanic and Atmospheric Administration and scientists at the National Hurricane Center sought to downplay links between more-intense hurricanes and global warming. NOAA scientist Thomas Knutson told the Wall Street Journal he'd been barred from speaking to CNBC because his research suggested just such a link.

At the time, Bush administration officials denied that they did any micromanaging of media requests for interviews. But a large batch of e-mails obtained by Salon through a Freedom of Information Act request shows that the White House was, in fact, controlling access to scientists and vetting reporters. (The e-mails were provided to several members of Congress for comment; Rep. Henry Waxman's office has now published them here.)

In 2005, NOAA press officer Kent Laborde wrote an e-mail that approved Washington Post reporter Juliet Eilperin's request to interview scientists. "CEQ and OSTP have given the green light for the interview," he wrote. CEQ is the Council on Environmental Quality and OSTP is the Office of Science and Technology Policy. Both are White House agencies that work on science issues. During the Bush administration, numerous critics have charged that CEQ has been particularly aggressive in pushing a pro-business agenda and suppressing inconvenient science.

In another e-mail, Laborde's boss, Jordan St. John, said of NOAA scientist Dave Hoffman, whose work tracks greenhouse gases, "This doesn't say anything new about the data, it's just a new way of tracking it. This was the CEQ-approved release that went on the NOAA Web site earlier this week."

The e-mails also show that after Hurricane Katrina, NOAA press officers had to get clearance from the Department of Commerce for scientists to discuss global warming and hurricanes with the press. (NOAA is part of Commerce.) Regarding the request for a particular interview, Commerce press officer Catherine Trinh wrote, "Let's pass on this one." The response from a NOAA official reads, "Can I please have a reason?"

In another message, Trinh writes, "Let's pass on this ... interview, but rather refer him to BLANK of the BLANK at BLANK. CEQ suggested him as a good person to talk on this subject." The blanks denote passages that were whited out by lawyers releasing the documents.

But Commerce's deputy director of communications, Chuck Fuqua, was happy to have a more politically reliable NOAA hurricane researcher named Chris Landsea speak to the press. At the time, Landsea was stating publicly that global warming had little to no effect on hurricanes. "Please make sure Chris is on message and that it is a friendly discussion," Fuqua wrote regarding a request for Landsea to appear on "The NewsHour With Jim Lehrer." On the show, Landsea downplayed research that linked global warming with more-intense hurricanes like Katrina.

In an e-mail the week prior, Fuqua OK'd Landsea for another interview and asked, "Please be careful and make sure Chris is on his toes. Since BLANK went off the menu, I'm a little nervous on this, but trust he'll hold the course."

The individual who went "off the menu" could have been researcher Thomas Knutson, whose published research indicates that hurricanes will grow stronger because of global warming. But when NOAA press officers asked if Knutson could appear on CNBC, Fuqua asked if Knutson had the same opinion as Landsea. When he learned that Knutson had published research suggesting that hurricanes will be getting stronger, he responded, "Why can't we have one of the other guys on then?"

Fuqua is the former director of media relations for the Republican National Convention. Contacted by Salon, he asked, "Can I get back to you?" Subsequent attempts to contact him were unsuccessful.

Asked if Commerce clears scientists to talk to the press, Richard Mills, the department's director of public affairs, said, "I wouldn't characterize it like that." What did it mean when Fuqua said that Chris Landsea should "stay on message?" Responded Mills, "Chuck just meant that Chris should be ready and prepared."

When NOAA press officer Laborde was contacted to discuss the e-mails, he denied that interviews were subject to approval from White House officials. Confronted with his own e-mails, however, he said, "If you already knew the answer, why did you ask the question?"

"Unfortunately," said Sen. Barbara Boxer, D-Calif., after viewing e-mails provided by Salon, "it is no longer surprising to receive reports of the Bush administration interfering with public access to government scientists. These documents, if confirmed, suggest the lengths the Bush administration will go to control the message rather than let the facts speak for themselves." Boxer will be among the senators questioning Jim Connaughton of CEQ Wednesday when he appears before the Senate Environment and Public Works Committee.