You have no right to vote

The Constitution doesn't guarantee it, the Republicans know it, and real democratic values in our country are under assault. 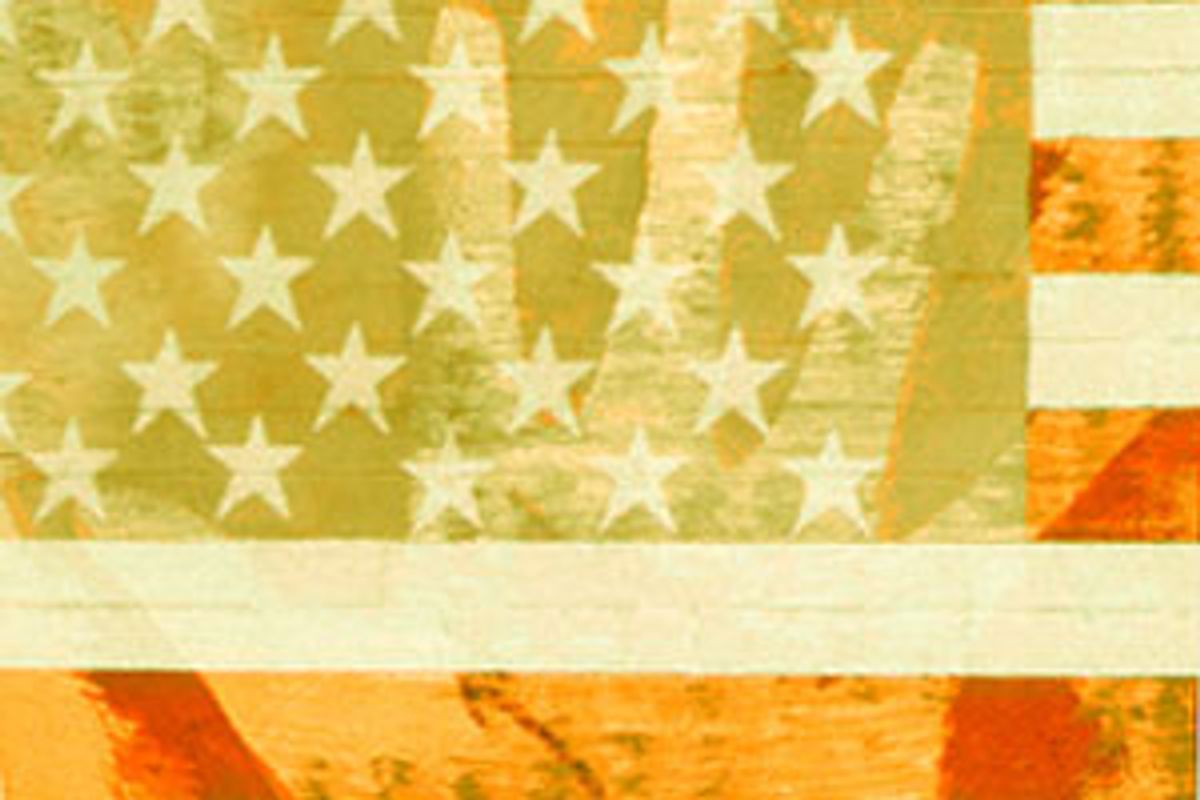 Last week, a Missouri judge reminded the state Legislature that citizens of the state have a right to vote. And because it is a right, not a privilege granted by the powerful, Missourians can cast their ballots this November without having to meet identification requirements that seemed designed to make it harder for certain people -- the poor, the elderly, minorities and women -- to exercise that right.

That's the good news. The bad news is that this right comes from the Missouri state Constitution. The U.S. Constitution does not explicitly guarantee a right to vote, and our federal courts currently read the document not to include it.

The Missouri case should spark some national discussion about why it is that our country, almost alone among advanced democratic nations, does not find this right worth including in its Constitution. It should also inspire closer scrutiny of a kind of a electoral gamesmanship that is going on around the country, as Republicans seek to exploit this gap in our democratic guarantees.

The Republican majority of the Missouri Legislature has been haunted by a fear that is widespread in red America: a fear that the wrong kinds of people are voting. As a result, they passed a "Voter Protection Act," which required a state-issued photo ID for any voter who shows up at the polls. A state driver's license would do. But those who didn't already have a license -- even if they had been voting at the same address for the past half-century -- would be required to get a state-issued ID. To get one of those IDs, they would need to produce proof of citizenship, like a birth certificate or a passport, as well as documents showing that they were lawfully present at their current addresses. If they had ever changed their names -- if, for example, they were women voting under their married names -- they would be required to produce documents legitimizing the name change as well.

At first glance, this might seem like a minor thing. The bill's sponsor, Republican state Sen. Delbert Scott, noted that "you have to use [photo ID] to get on an airplane, to buy cigarettes." And, after all, the requirement would impact a small group of citizens -- a mere 170,000. That's only about 4 percent of the electorate, hardly a significant number. It is only, for example, eight times the margin of victory by which Sen. Jim Talent (coincidentally running for re-election this fall) defeated Democratic incumbent Jean Carnahan in 2002.

Most people don't really have to show ID to buy cigarettes. Beyond that, to state the obvious, neither air travel nor cigarette smoking is a fundamental component of democratic self-government. Voting is. A law that increases the cost and difficulty of voting will predictably reduce the number of people who vote, and a democracy that excludes large numbers of its citizens from the franchise isn't worthy of the name.

Many middle-class whites don't realize that for the poor and minorities, voting can be a difficult and even scary proposition. I first learned this as a poll-watcher in 1976, when I saw a white registrar in Virginia solicitously asking a black voter whether he was sure his registration form had been properly filled out. "You know fraudulent voting is a federal crime, don't you?" she purred, smiling sweetly. Southern Republicans often blanket poor black neighborhoods warning would-be voters that they might be arrested at the polls if they have unpaid traffic tickets.

Intriguingly, the Republican sponsors of the Missouri bill weren't really able to argue that it was needed to prevent fraud as such. Despite their best efforts, they couldn't find much evidence of fraudulent voting. So they argued instead that the law was needed because without it, solid Missouri citizens -- the kind of people who vote Republican, for example -- might be tempted to think there was fraud at the polls. Gov. Matt Blunt explained that the bill would "restore Missourians' confidence in state elections." (Blunt's margin of victory in 2004 -- certified by himself as secretary of state -- was 3 percent of the vote.) The Springfield News Leader, which supported the bill, said it would provide "peace of mind for voters who want to know that cheaters aren't improperly influencing an election."

But on Sept. 14, Cole County Circuit Judge Richard Callahan blocked the law from taking effect. Callahan pointed out that Article VII of Missouri's Constitution says that "All citizens of the United States ... who are residents of this state ... are entitled to vote at all elections by the people." The ID rule, he reasoned, would allow the Legislature to add an onerous qualification to those spelled out in the Constitution.

The judge's decision squares with common sense, as well as with the text. And it highlights the lack of a similar provision in the U.S. Constitution. As a result of this lack, other states -- mostly those in which Republicans currently run the legislature -- are adding such requirements. Former Bush campaign officials last year launched a new conservative advocacy group, the oxymoronically titled American Center for Voting Rights, designed to push such legislation at both the state and federal levels. So far, Arizona, Georgia, Indiana, Florida and Ohio have passed or tightened photo ID laws. Democratic governors in Wisconsin and Pennsylvania vetoed such laws earlier this year, and state and federal courts have both blocked the Georgia law.

Throughout our history, Americans have been profoundly ambivalent about the vote. The Constitution of 1787 left the issue of federal voting rights entirely to the states, which could disenfranchise their voters more or less as they chose. Today, even though "the right to vote" is by now mentioned five times in the amended Constitution, the federal courts continue to insist that voting is mostly a state matter. The Supreme Court restated the point in 2000, in Bush v. Gore. "The individual citizen has no federal constitutional right to vote for electors for the President of the United States," said the Court, rather breezily, "unless and until the state legislature chooses a statewide election as the means to implement its power to appoint members of the Electoral College."

Meanwhile, virtually every other advanced democracy already has an explicit guarantee of the right to vote. Ironically, whenever the United States imposes a constitution on another (conquered) nation, we tend to insist that they include in those documents a right we do not ourselves possess. Afghans have "the right to elect and be elected," Iraqis have "the right ... to vote, to elect, and to nominate," and the Japanese enjoy "universal adult suffrage."

Since the fiasco in Florida, a number of scholars and activists have been working to generate a constitutional fix for this problem. American University law professor Jamie Raskin (who was elected last week to the Maryland state Senate) in 2001 proposed an amendment that would say, in part, "Citizens of the United States have the right to vote in primary and general elections ... and such right shall not be denied or abridged by the United States or any State." At the time, Raskin noted that "only Azerbaijan, Chechnya, Indonesia, Iran, Iraq, Jordan, Libya, Pakistan, Singapore, and, of course, the United Kingdom ... still leave voting rights out of their constitutions." Raskin's call has been echoed by other scholars. Rep. Jesse Jackson Jr., D-Ill., has championed such an amendment, and FairVote.org, an advocacy group, is fighting for national and local reforms that would make clear that it is the government's responsibility to ensure that all eligible voters have a chance to cast a ballot.

But with Republicans in charge in many state capitals and Washington, the momentum in practical terms is moving the other way. On Sept. 14, the U.S. House Administration Committee approved by a straight party vote a proposed bill that would require all voters nationwide to obtain IDs by producing a birth certificate or passport.

This argument is too crucial to democracy, and too easy to win, for progressives to let it slide. Voting is not a privilege for which citizens must qualify by showing their ability to dodge bureaucratic hurdles. If fraud really is a concern, state elections officials could be authorized to update voter lists and follow up on changes of address. That's what happens in most other democratic countries.

Real democratic values in this country are currently under assault. Day after day, we must justify concepts that were once accepted as givens. We are forced to discuss whether a free country really needs the rule of law, or freedom of speech, or an executive subject to legislative oversight. It would be nice to begin campaigning for measures that would do more than just get democracy out of its defensive crouch -- that would actually make democracy stronger. A right to vote might be one of them. When the argument is truly joined, who can be against it?