A moderate Democrat is trying to unseat one of the islands' iconic senators by calling him a far-left liberal. Sound familiar? 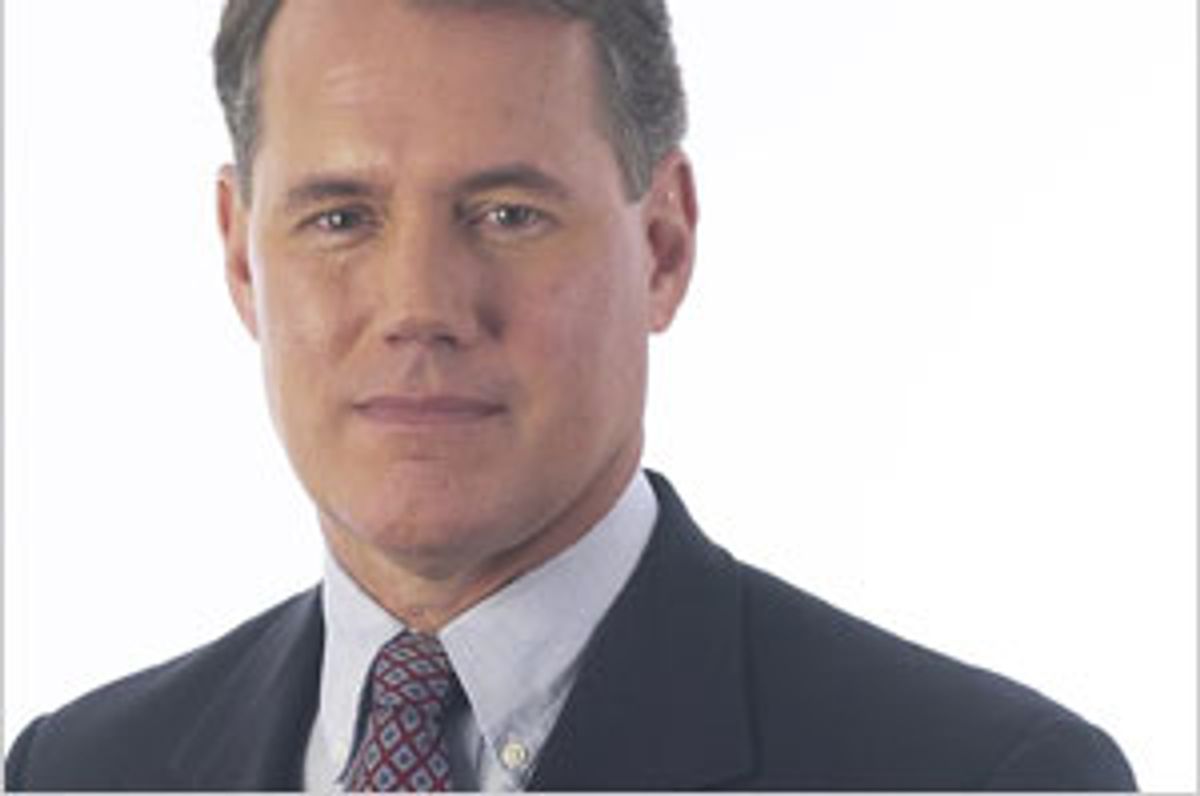 On a recent warm Sunday afternoon, Rep. Ed Case, a Hawaii Democrat, and an audience of about three dozen had gathered in the living room of a private home in a Republican area of east Honolulu for what Hawaiians call a "talk story" -- an informal conversation. The two-term congressman was explaining to the mostly Filipino crowd why he had chosen to take on 82-year-old incumbent Sen. Daniel Akaka in the Democratic primary.

"I'm a moderate," Case, in a lei and aloha shirt, told the assembled. "That's where most people in Hawaii are today. That's where most people in the country are today." And though he stressed that he has "no problem being a Democrat," Case called his opponent a "far-left liberal" and said his natural friends in Congress are "15 or so moderates," including, he added without prompting, Joe Lieberman.

The people at the "talk story" did not seem to be political junkies. No one in the crowd talked about being a Democrat or a Republican. A young broker for Merrill Lynch said this was the first time he had gone to a political event. He lived a couple of miles away and had come to see what Case was like.

And the audience did seem receptive to Case's moderate stance, often nodding in agreement with his points. But during the question period, one woman turned to a man sitting next to her and, not quite understanding a senator's responsibilities, asked, "What part of the state will he represent?"

The race between Akaka and Case, which ends with Saturday's primary, has largely slipped under the radar of the national press. It will not affect the balance of power in the Senate, because the winner of a Democratic primary in Hawaii is almost guaranteed victory in the general election. The dynamics are specific to the state, as Case's attempt to capture the Filipino vote, a demographic with little power on the mainland, demonstrates. But the race is oddly similar to a much more prominent primary battle that took place on the mainland, 6,000 miles east of Honolulu and seven weeks ago, in another deep blue state, and involved the senator that Case referenced as a natural ally. Case vs. Akaka is a mirror image of Lamont vs. Lieberman, except that in the Connecticut race the challenger was a liberal, and the challenger and his supporters were harshly criticized for taking on an incumbent -- even accused of trying to "purge" the Democratic Party.

"The comparison between Connecticut and Hawaii is overblown, in my estimation," Case said in a recent interview, as he traversed Oahu in a campaign bus. But that doesn't stop him from claiming that he and the moderate Connecticutt senator are in the same boat. "I certainly am facing the same thing that Lieberman did ... There's definitely a faction within the party that wants to purge me right out of the Democratic Party, because I'm not ideologically pure from their perspective, just as was happening with moderate Democrats and, for that matter, moderate Republicans throughout the country."

Case has faced opposition from the day he announced his candidacy, but little of it has been inspired by his ideology. Hawaii has historically favored tradition in its political candidates: an incumbent running for reelection to Congress has never lost here, and even at 82, with 16 years as a senator and 30 total years in Washington under his belt, Akaka is the state's junior senator. Daniel Inouye has been in the Senate even longer. There is an entrenched belief that, by virtue of his age and experience, Akaka deserves to keep his seat.

"I think when you look at some of the support [Akaka] is receiving, people may scratch their heads and say, 'Why would this group, or why would this person, why would this entity be supporting Akaka?'" Akaka campaign manager Andy Weiner says.

"A lot of it, I think, has to do with the fact that he does have that sort of iconic status. In Hawaii, the term for it is 'kupuna,' which means a respected elder, and Akaka has really achieved what most people in the state would say is kupuna status. There are a lot of people who have affection and respect for him because of the fact that he is native Hawaiian and he has been in office for many years. His connection with the people here is very personal."

Don Clegg, an independent pollster, agrees, though he says he's not as sure it's a phenomenon unique to Hawaii.

"Many that I've talked to, they just feel sorry, they really don't want to do this, to get him out of his office in his waning years," Clegg says. "He's a sweetheart; he's a nice guy, friendly, and they don't want to hurt him by turning him out of office. I think a lot of sentiment is going to go that way."

Case has tried to capitalize on Akaka's age anyway, and also stir up disgust with the state's political culture. "Mainlanders don't understand the specific political history of Hawaii," he insists, "which has led to a stagnant, stale and exclusionary machine politics regime in Hawaii that has really crippled Hawaii's political progress. That's something that you don't really feel unless you're here, and that's an issue that's unique to Hawaii."

Case's message has resonated with some in the state, and some have rallied to his cause to challenge the state's old boy network. David Shapiro, a columnist for the Honolulu Advertiser, described Hawaii's congressional delegation, and by association the state Democratic Party's leadership, as "entrenched politicians who feed off the status quo and jealously guard their jobs as if they own them for life." Writing in the same paper, columnist Lee Cataluna asked sarcastically, "Isn't it proper protocol to approach the Great Man [Senator Daniel Inouye] on your knees, kiss his ring and offer your most humble request, 'May I please run as a Democrat?'"

But Akaka has managed to deflect much of the criticism of the state's political establishment, his advancing age and his perceived ineffectiveness as a senator -- earlier this year, Time magazine rated him one of the five worst -- by working to refocus the election on another issue. In this race, unlike Connecticut, the incumbent is against the war, and he is as ready as Ned Lamont to talk about it. He has put Case on the defensive.

"Senator Akaka wanted to run exclusively on the war, and made the war a central issue of the campaign," Case says. "I believe the war's an important issue. It has to be an issue in any congressional campaign; it cannot not be an issue. But Senator Akaka apparently believes that that was a way to make sure that Democrats didn't support my argument that we needed to move to the next generation in the Senate, that Hawaii faced great danger with two 82-year-old senators. He just essentially was trying to draw a distinction between the two of us and ride that as hard as he could."

Though the state does appear to be moving to the center, having elected a Republican governor in 2002 who is all but unopposed this year, Hawaii politics have long been dominated by the liberal wing of the Democratic Party, and the state generally opposes the war. That opposition has galvanized what most observers agree is a unique coalition behind Akaka.

"Traditionally here we have labor unions, business and they tended to support one candidate from the Democratic Party -- because the Democrats controlled this state, largely, for over 50 years," says Akaka campaign manager Weiner. "And then you had a more liberal progressive wing, which tended to support a different candidate. What's different about this election here is that this time around those guys are together."

The numbers don't look good for Case -- the most recent poll, conducted earlier this month by Ward Research, found 51 percent of likely voters supporting Akaka, with just 38 percent going for Case. Still, Case has a fighting chance. Hawaii's primaries are open to members of any party, and the Republicans are not fielding a serious candidate in the race. It's the reason Case was using a "talk story" to attract political neophytes who don't know the difference between senators and representatives. Saturday's election will be "the equivalent," in Case's words, "of the general election." It will also be the equivalent of Lieberman's strategy in the upcoming general election in Connecticut, an attempt to attract enough independents and Republicans to beat another Democrat.

Neal Milner is a professor of political science at the University of Hawaii and is the school's ombudsman.