How an obscure Long Island family ended up giving $156,000 in campaign contributions to the disgraced legislator and his political patron, Tom Reynolds. 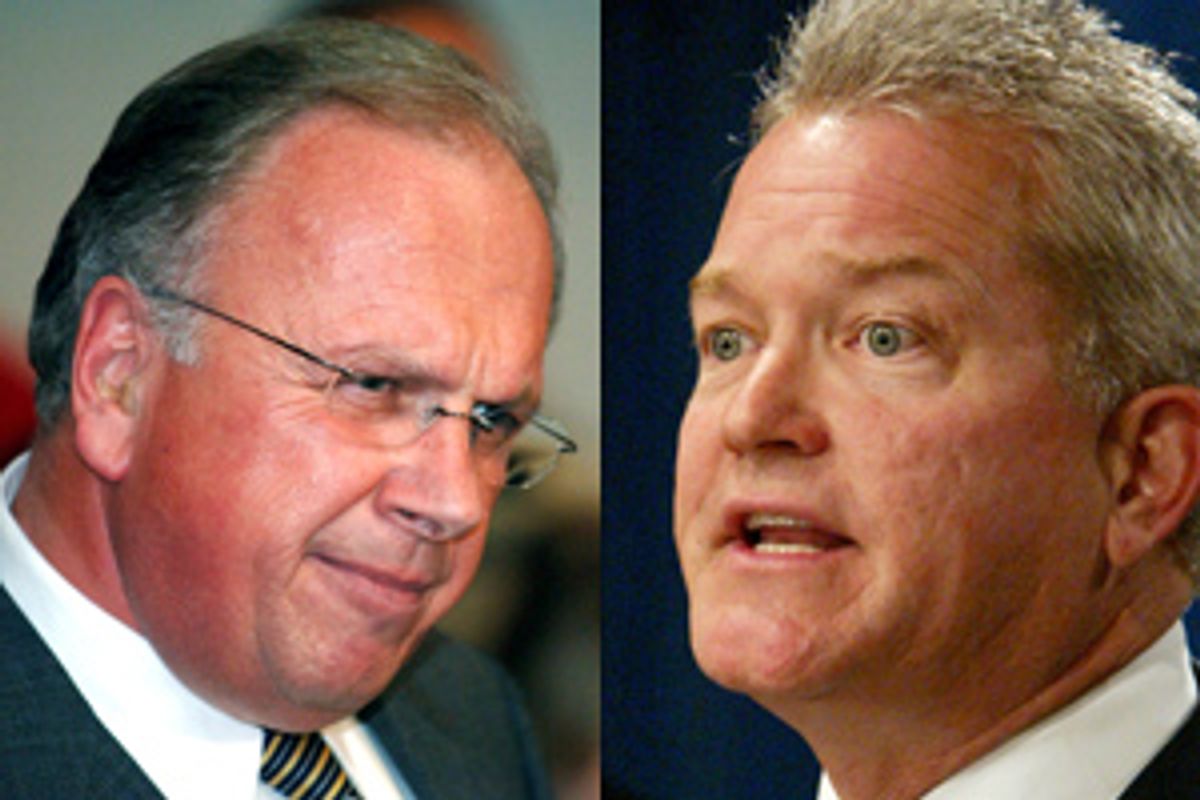 The Pinto family, which owns and runs a Long Island, N.Y., debt-collection agency, are generous Republican donors, giving more than $156,000 to GOP candidates since 2000. What makes the family's political gift-giving unusual is that almost all of their campaign contributions since 2000 have gone to just two House members -- Mark Foley, whose misconduct triggered the the Capitol Hill page scandal, and Tom Reynolds, whose chief of staff, Kirk Fordham, negotiated with ABC News on Foley's behalf to try to contain the story.

The ties between Foley and Reynolds go beyond having, in turn, employed Fordham in their top staff job. Reynolds is one of four House Republicans who have said that they had received warnings about Foley's suggestive e-mails to pages months before public disclosure. As the chairman of the campaign arm of House Republicans, the National Republican Congressional Committee, Reynolds was aided by financial assistance from Foley, who transferred $100,000 of his own campaign funds to the NRCC in July. Foley was more generous to the NRCC than all but 26 other House Republicans.

According to Federal Election Commission records, members of the Pinto family made at least 71 donations to Reynolds' campaigns (totaling $132,267) and 37 contributions to Foley's campaigns (totaling $24,000) during the last three election cycles. Many of these donations list the family debt-collection company, Oxford Management Services, as a business address. The family made many of its contributions in tandem -- on 23 separate occasions since 2001, two or more Pintos donated to either Reynolds or Foley on the same day.

In addition, Richard Pinto, the chairman of the board of Oxford, and Peter Pinto, the company's CEO, are the only individual donors who gave more than $200 (the minimum amount requiring disclosure) to Foley's personal political action committee, Florida Republican Leadership PAC, in 2005 and 2006. The two Oxford executives contributed a total of $7,000 to the Foley PAC since the 2004 election. (This $7,000 is in addition to the $24,000 donated by the Pintos to Foley's last three campaigns.)

Foley, who just resigned from Congress, and Reynolds served together on a House Ways and Means subcommittee that deals with the Internal Revenue Service. This IRS subcommittee connection may have inspired the Pinto family's interest in supporting the political careers of both Republicans.

Congress in 2004 approved a Republican amendment that authorized the IRS to hire private companies to collect back taxes. The Pinto firm with 300 employees, headquartered in Melville, N.Y., made no secret of wanting an IRS debt-collection contract under the new legislation.

Oxford Management Services, which is rarely in the news, issued two press releases in July 2004 heralding the appearances of Foley and Reynolds at separate company ceremonies. Foley appeared at a ribbon cutting for an Oxford facility in his congressional district in Palm Gardens, Fla. Reynolds, an upstate New York legislator, celebrated the opening of a new world corporate headquarters in Melville, hundreds of miles southeast from his district.

The company was not shy about stressing the purpose of the congressional visits. When Foley appeared in Palm Gardens, the press release explicitly stated, "The main purpose of discussion between the congressman and OMS associates was the use of private collection firms assisting the IRS in collecting delinquent taxes."

In an interview Thursday, Richard Pinto bristled at suggestions that the family's political contributions had been directly designed to win an IRS contract. Pinto angrily called the question "insulting" and stated emphatically that "there is no quid pro quo."

Pinto justified the contributions to Foley by explaining that the company has an office in his district and wanted to maintain a relationship with him. According to Pinto, the rationale for the family's staunch support of Reynolds, who does not have an Oxford facility in his district, is entirely based on partisan politics. Pinto, who describes himself as a lifelong Republican, stressed his affinity with Reynolds' views, hailing him as a "conservative, middle-of-the-road, support-the-president" lawmaker.

These initial IRS contracts did suggest the utility of maintaining a strong Reynolds connection. One of the winning companies (Pioneer Credit Recovery) is headquartered in Reynolds' district. The congressman proudly stated in a press release, "This contract will turn an empty warehouse in Perry into a thriving job center for dozens of new employees."

As for Richard Pinto, the patriarch of the family, he is deeply pained by the actions of Foley, a legislator whom he and his relatives had so generously supported for so long. "What the guy did is horrific," lamented Pinto. "I can't imagine anything being worse than that. I have two children."