Design of the times

"Project Runway" manufactures some hand-sewn drama -- and shows a hint of slip -- as it crowns its next big winner. 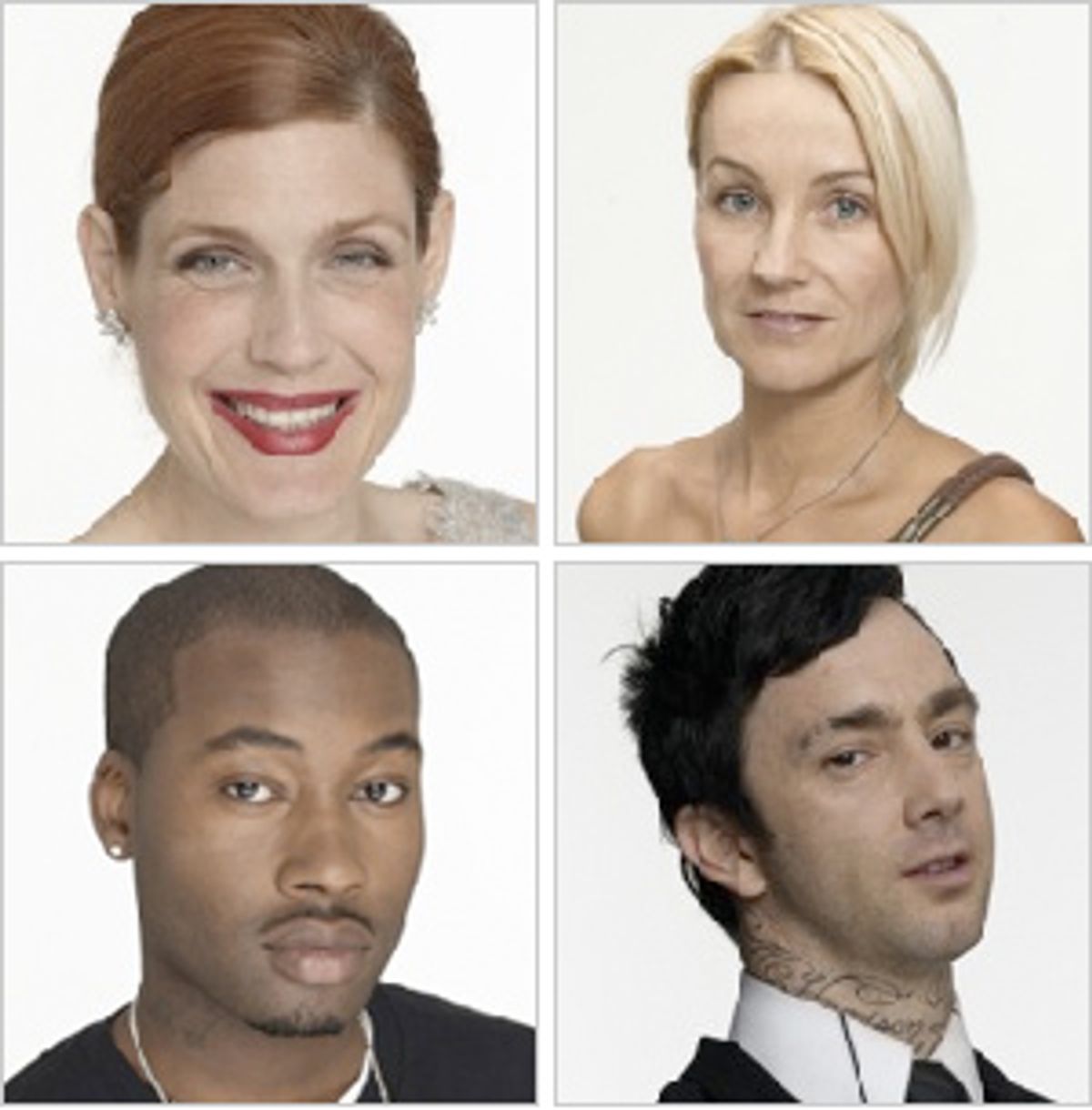 One of the consistently most absorbing TV (and not just reality TV) shows, "Project Runway" has grown to be Bravo's biggest blockbuster-ratings success with a pretty simple concept: Show interesting people squaring off to see who can produce the most creative concoctions under a tight deadline. Talented people. Tight deadlines. Cool clothes. Hooray!

But on Wednesday's season finale, "Project Runway's" slip finally began to show. The entire outcome -- hinging on the provenance of a pleated, leather bubble short! -- took some contrived turns that smeared off some of the show's high gloss and made its usually sturdy premise suddenly seem a little wobbly.

That's not because the winner was Jeffrey Sebelia. Sebelia, with his turtleneck tattoo and wounded little-boy pout, perfectly played the overemotional narcissist all season, whining about his colleagues' lack of talent, reducing a fellow contestant's mother to tears while designing for her in a challenge, and once wishing out loud that Laura, another finalist, would suffer a stroke.

But the guy can design, and most of the show's big fans assumed either he or German transplant Uli would probably win after photos of the four finalists' final collections, which premiered at Fashion Week in September, spread across the Web faster than word of the latest gay Republican. Actually, there seemed to be a bigger consensus that it should've been Uli, including most of the former "Runway" cast members interviewed afterward. (I thought so, too.) But the judges clearly wanted to choose someone they thought of as an innovator, and if Sebelia's collection offered less of the sugary contact high of Uli's transcontinental cocktail wear, his clothes were interesting to look at. Hilariously, he earnestly told the judges that the collection was inspired by "Japanese ghost stories and demons"; if you actually caught those references in his lacey polka dots or Ronald McDonald striped jackets, let us know.

The real drama, though, occurred in the days before the big runway shows, when the four finalists gathered to put the finishing touches on their collections, and Laura decided Jeffrey's clothes looked just a little too good. In fact, she announced to the other two finalists, she was convinced he had cheated and had had other people sew his clothes.

This was not the first time that Laura has seemed like a total plant by the show's producers. There were moments -- like the time she told Kayne, her voice campily dripping with sugar, that she "really questioned [his] taste sometimes" -- when you watched with awe, and then suspicion, wondering just what she was really auditioning for (one of CW's new telenovelas?). Even her inclusion in the final four seemed somewhat dubious; Laura's clothes are so one-note, they barely register. She's a caricature of the idea of class and sophistication; you imagine that, as a girl, someone stuck her in a room with a cigarette holder and an old reel of "The Philadelphia Story," and for years that's all she had to fuel her imagination. The long sleeves, plunging necklines, deco silhouettes seem so arch they're like cartoon Kate Hepburn.

And in the finale, the way she went after Jeffrey drifted into the pathological. After announcing to her colleagues that she'd confront Jeffrey about her concerns, she instead pulled the show's headmaster, Tim Gunn, aside to tattletale. "It's nothing I can prove; it's a gut feeling," she said, no trace of guilt in her voice. "I just wanted to go on record as having said, I just don't believe he did all that sewing on his own." Now that's class and sophistication.

Later, when she told Jeffrey of her charges -- "I told Tim Gunn that I felt that your garments were so well-finished ... that I felt that you had outside help to help you finish them" -- she did it with such brazen camera mugging, it made you wonder how many times she had practiced it in a mirror beforehand.

But what followed was genuinely disturbing, with Gunn taking the completely baseless, bitchy charges at face value and running with them, promising, like a foppish Dennis Hastert, a full investigation! But wait! It turns out that Jeffrey can't find the receipt for pleating done to a white leather bubble shorts. Will a lost receipt burst Jeffrey's bubble shorts -- or his chances of showing his collection at all?

Of course, we already know he showed his collection -- we saw the photos, remember? And "Runway's" investigation forced him to throw out the shorts, and substitute some leather pants instead. And it led to the biggest laugh of the season when Laura, staring directly into the camera with oozing insincerity, "I never meant for Jeffery not to end up on that runway at Fashion Week. I'm happy to compete fairly against him."

But the probers did discover that Jeffrey went $200 over budget, and needed to knock something out of his collection. But wait a minute, isn't going over budget also against the rules? Why didn't that lead to his disqualification? And really, how can they really prove anything with receipts? Couldn't Jeffrey -- or any of the contestants -- just say they did it all on their own? No receipts necessary -- and if they did have friends help out, they'd probably keep their yaps shut.

And here's an even more basic question: Why was Sebelia, who is already semi-established as a designer in Los Angeles, having designed for "Gwen Stefani, Billy Bob Thornton, Red Hot Chili Peppers, and more," according to his bio, allowed to compete against the likes of audience favorite and mostly inexperienced Michael, who crashed with a line of "street safari" hootchie wear in the finale, or Kayne, a Southern pageant queen whose biggest runway experience was probably at the Miss Teen Oklahoma contest? Is it a show designed to discover new talent, as it claims, or to simply elevate experienced designers who can't snag seed money from LVMH on their own?

"Project Runway" was the first reality show to successfully document talented people involved in the process of creation. "The Apprentice" spotlights earnest bucks scrambling to do deadline hackwork; "Iron Chef" leaves too much to the imagination. (All that food can't really always taste that good.) But on "Runway," we can watch the contestants root through industrial garbage at the beginning of the show and later behold for ourselves the beauty of Michael's lamé-style bodice constructed solely out of the shiny lining of PVC pipes. It ain't Michelangelo, but it's often genuinely inspiring -- and sure beats watching people eat bugs.

But the culmination of so many questions dimmed the luster of "Project Runway" this season. Then again, as some of you are surely muttering to yourselves as you prepare to click over to War Room while fretting about the midterm elections and worrying about Iraq, maybe it's not worth fussing about. It's just fashion.