Alec Baldwin just might break your heart in this sympathetic adaptation of Augusten Burroughs' bestselling memoir. 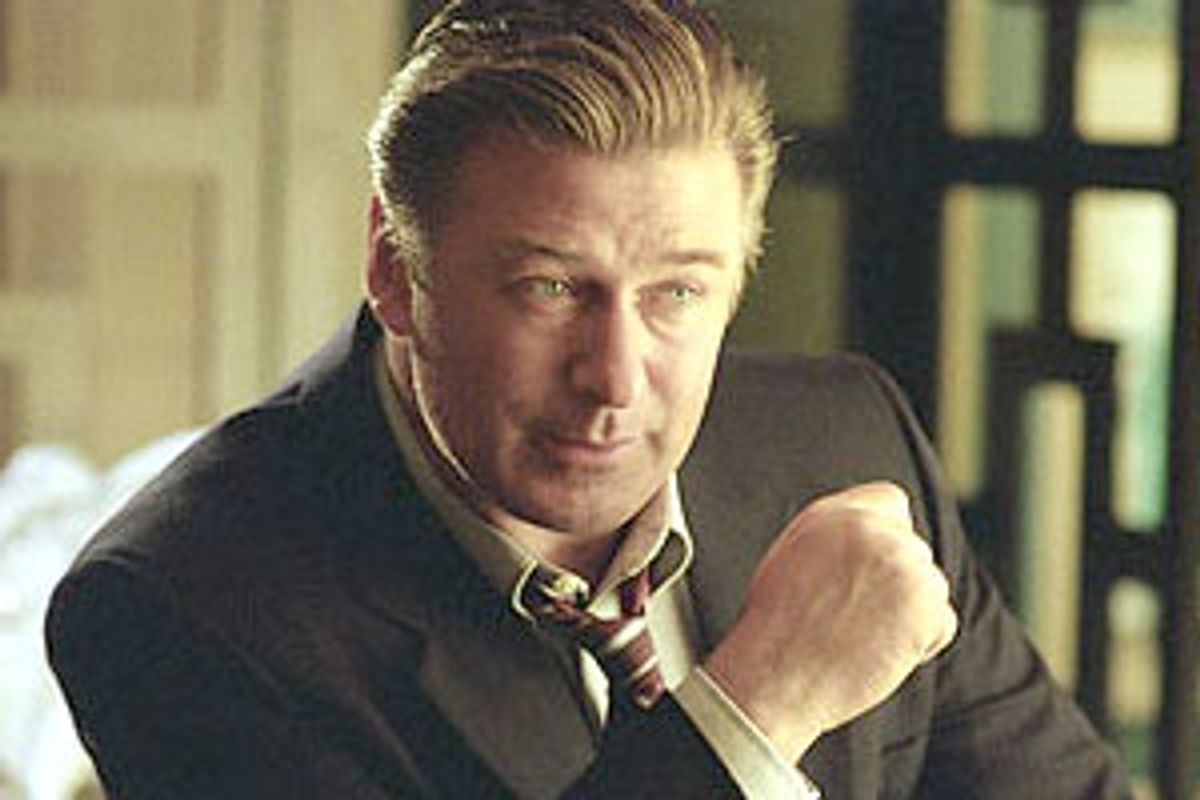 The memoir boom that began in the late '90s is finally showing signs of simmering down, which may or may not be a good thing: If we're deprived of reading about other people's messed-up childhoods, will we simply be left to fixate on the basic and uneventful ones we lived through ourselves?

Now Ryan Murphy's adaptation of Augusten Burroughs' bestselling memoir "Running With Scissors" is here, for better or possibly for worse, to stave off our own introspection just a bit longer, and to give us one more quick fix before the coming memoir drought. (Murphy, who's the creator of "Nip/Tuck," both directed and adapted the screenplay.) Augusten's mother, Deirdre (here played by Annette Bening), is a bright but unbalanced would-be poet; his father, Norman (Alec Baldwin), is an alcoholic who ends up leaving the family. When Augusten is 12, his mom packs him off to live with her shrink (Brian Cox) and his family of wacky misfits. Augusten muddles through this extraordinary adolescence and lives to write about it.

"Running With Scissors" has been made with a certain degree of sympathy even for the most misguided, damaging characters: This isn't an unkind film, or one that looks to lay blame for the lead character's problems on any particular doorstep. It's just that the movie's madcap mission to flash a beam of sunshine on every whacked-out flower in Burroughs' garden ends up feeling a bit too reductive: Here's the shrink's wife (played with restrained sweetness by Jill Clayburgh) demonstrating her low self-esteem by eating dog kibble; here's the shrink's repressed daughter (Gwyneth Paltrow) allowing her cat to die of starvation because she believes he's told her he has cancer; here's Augusten's mom, unfulfilled and unstable, raising her consciousness by having lesbian affairs. Too often the movie veers dangerously close to that dread "They're not crazy, they're special" territory.

But the picture's saving grace is that so many of the actors warm to the material. Augusten is played by Joseph Cross, who never stoops to making his character seem like a victim; Evan Rachel Wood brings smart-alecky charm to the role of the teenage tootsie who becomes his closest friend. Joseph Fiennes, a wonderful actor who doesn't get the appreciation (or the roles) he deserves, plays the unhinged but sensitive photographer who becomes Augusten's first lover. And Bening pulls off the tricky feat of playing a monstrous mom who nonetheless earns our sympathy.

Yet it's Baldwin, in a relatively small role, who nearly blows the whole movie apart. "Running With Scissors" goes out of its way to make it clear Norman Burroughs is not a villain, even though he is something of an emotional deadbeat. (And a scene in which a desperate Augusten tries to call him collect, and he refuses the charges, is almost too wrenching to watch.) But Baldwin brings so much lumbering weariness to his role that we can't help feeling something for his character, a math professor who comes home from a day of teaching and, unable to connect with his desperate wife or his mysterious child (this is a kid who sterilizes and polishes his allowance), heads straight for the cocktail cabinet.

In no way is this a portrait of a "good" father. But Baldwin, with his shuffling gait and defeated half-smile, shows us exactly where this man is coming from. Watching him, I kept thinking of the Delmore Schwartz poem "The Heavy Bear Who Goes With Me," a lament about the limits, and the clumsiness, of the bodies our spirits are locked up in. When Baldwin's Norman Burroughs plunks himself down in the kitchen to try to talk to his kid, hoping to fathom why the boy feels the need to boil his allowance money, we feel every ounce of his helplessness. He gazes at his son and says, with bewildered tenderness rather than cruelty, "I see nothing of myself in you." It's a terrible moment and a wonderful one, and Baldwin plays it not as a contradiction, but as a kind of love.