"The Return of the Player"

In Michael Tolkin's follow-up to "The Player," Griffin Mill leaves the movie business behind -- but he's still out for blood. 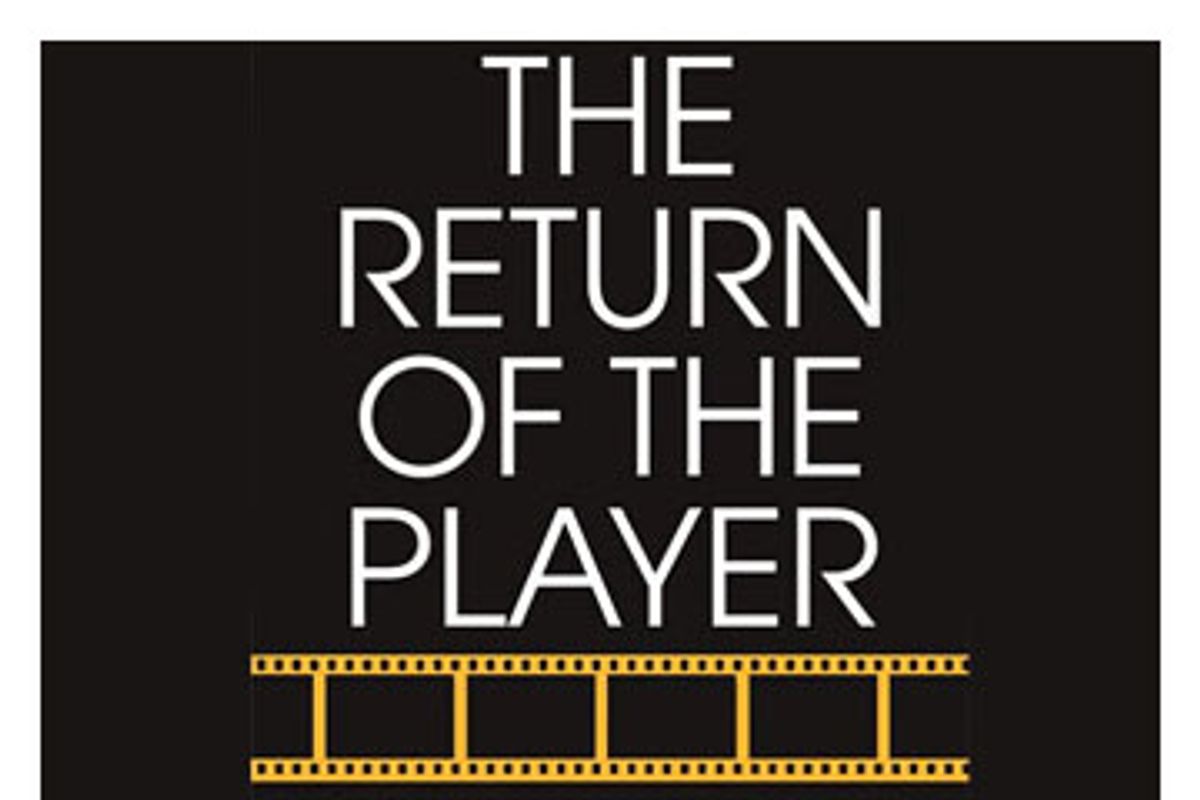 Michael Tolkin has the career that film students dream of. As a script doctor, he has added fizz to otherwise flat sci-fi and horror product ("Deep Impact," a meteor-strikes-the-earth 1998 movie, and, in 2004, a zombie film, "Dawn of the Dead," his contribution to that one uncredited). Adapting his own novel into the screenplay for Robert Altman's "The Player" (1992), he had the ultimate Hollywood writer's revenge: the successful movie that trashes movies. As a writer-director, he has made two smart, low-budget pictures, "The Rapture" (1991) and "The New Age" (1998), both or which put a deft finger on the jittery pulse of late-20th-century America. Yet, like most directors, what he really wants to do most is write novels.

As a novelist, Tolkin is best known for "The Player" (1988), the basis for Altman's film. But though "The Player" is the sharpest and nastiest Hollywood story ever filmed, the movie is still an appendage to Tolkin's novel, not the other way around, as those who haven't read the book seem to think. Curiously, though Tolkin himself wrote the screenplay, Altman's film omits an important clue as to what makes its protagonist, studio executive Griffin Mill, tick.

Early in the novel, Mill (not so much a player as a would-be player) goes looking for a screenwriter he has screwed over and from whom he may be receiving anonymous threats. Griffin is suffering from an attack of conscience (or, rather, he finds himself in search of one -- he's the embodiment of shallow sincerity). He tracks the screenwriter to a showing of "The Bicycle Thief," which Griffin has never seen. In a masterful touch, he is overwhelmed by the un-Hollywood-like artfulness of Vittorio De Sica's classic; years of pre-programmed studio product have left him unprepared for the powerful emotions the film stirs in him. But, "Griffin was shocked when 'The End' flashed on the screen. They didn't get the bike. They would never get the bike. The ending was sad. It was so unnecessarily sad, too  Was there a sequel?"

Griffin stops the writer on the way out of the theater and asks him if he wants to write a remake of "The Bicycle Thief." The writer tells him, "You'd give it a happy ending." The response stings because Griffin knows it's true. A few minutes later, shockingly, unexpectedly, Griffin murders the writer. "I'm sorry," he tells him, "I wish I could explain."

It's only later, in retrospect, that he understands himself: "Now he hated the Writer  The Writer probably loved film noir. He probably loved shadows and moral ambiguity. He probably hated slapstick or movies where the audience cries because a wonderful person dies of a disease  And if he thought himself better than the movies, better than Hollywood, then Griffin wanted the last words the Writer would ever hear to be the player's credo, 'I love the audience, I am the audience.'" The murder is every bit as absurd and a great deal more exhilarating than Meursault's shooting of the Arab in Camus' "The Stranger."

In the film, Griffin, played by Tim Robbins, kills the writer too, but his motivation seems almost random, coming at the end of a heated argument. Tolkin understands this man in a way Altman, an eternal Hollywood outsider, could never hope to, and Griffin's fans will be delighted to discover that the Griffin Mill story continues in "The Return of the Player" and that he murders yet again. This killing is less violent than in "The Player," but, then, Griffin is 18 years older and has mellowed since his first kill.

Some, perhaps, will be disappointed, as at least a few reviewers seem to be, to find that this novel isn't primarily about the movie business. Desperately trying to support two households, a wife, an ex-wife, and four kids, on just $1.5 million a year, Griffin finds that "The distress of his situation made him impotent and he was allergic to Viagra." He's disgusted by his middle-executive position in a studio, where his job is to "Give up his own taste and keep before him the memory of every test screening and the subsequent grosses of every film he'd seen and to surrender to the audience, admit that the audience knew what it wanted, and his hard job was to help put old wine in a new bottle." Griffin, of course, knows what every movie executive secretly knows, which is that the audience doesn't know what it wants, or that what it wants is something it hasn't seen and therefore doesn't know how to ask for. The studio he works for only sustains its "art" division "so that the annual report could include pictures of the executives at the Sundance Film Festival, as a validation of their devotion to film as art."

Griffin seeks spiritual comfort but can find nothing in him that is spiritual. "I'm not a Jew, but I need a rabbi," thought Griffin. " I need to talk to God. No, God knows already. God knows the truth. Why take up God's time with what God already knows?" What he wants is forgiveness without repentance; reminded that murder and adultery are contrary to the Ten Commandments, he rationalizes, "Well, that's just one god's opinion" -- a remark not as throwaway as it seems in a Southern California culture where new religions are tried on like designer sunglasses.

With ringing clarity, the crisis inspires in Griffin a solution: He will seek out the richest, most powerful man he knows of, find a way to be useful to him, and become a player in the real game, unashamedly and fabulously rich. This leads him away from the movie industry and into the worlds of pornography and Internet soul mating, and, finally, to his natural calling, politics. After all, if movie stars can become governor and even president, why not the men who made them stars? And what higher purpose for the man who loves the audience, is the audience, and is willing to kill in the name of it?

Tolkin's decision to lead his hero down new career paths is, I think, the right one. We don't need another inside look at the movie industry, and every year there seems to be less and less to satirize about it. Tolkin has intuited that the business "of serving up distraction," as a wise old producer calls it, has become less and less distracting. A visit to any cineplex on a weeknight will confirm that the kids are out doing something other than watching movies and that their parents gave up going to the movies decades ago.

The movies' power to create myth has often conned those who watch them (and even some of those who make them) into believing they offer some kind of redemption, a feeling that is harder and harder to sustain with each new year's offering of old wine in a new bottle that grosses $30 million over a weekend and vanishes from the collective memory inside a month.

Tolkin's target is larger than the movie business as such. "The Return of the Player" is about the anesthetizing mind-set that Hollywood has inflicted on the country, blurring both intellect and instinct and leaving us vulnerable to men skilled in selling us the simplistic version of reality that they know in their hearts we all yearn for -- bland, amiable predators whose moral sense is akin to cancer cells, men like Griffin Mill who can rationalize murder in the name of the great audience. "I know who you are," Griffin tells us at the end, "because I know what you want."

Such men are invulnerable to satire, having already dulled their critics' sense of subtlety. At any rate, Tolkin isn't really a satirist, however wicked his dialogue and razor sharp his observations. He is a moralist in the tradition of Dostoevski but whose characters lack the quality of introspection. Griffin Mill, possessed of no feeling deeper than an implacable belief in the happy ending, suffers the dark nights of a superficial soul.