The DNC chairman's "crazy" strategy of rebuilding the Democratic Party across all states helped it ride the national wave against the GOP. 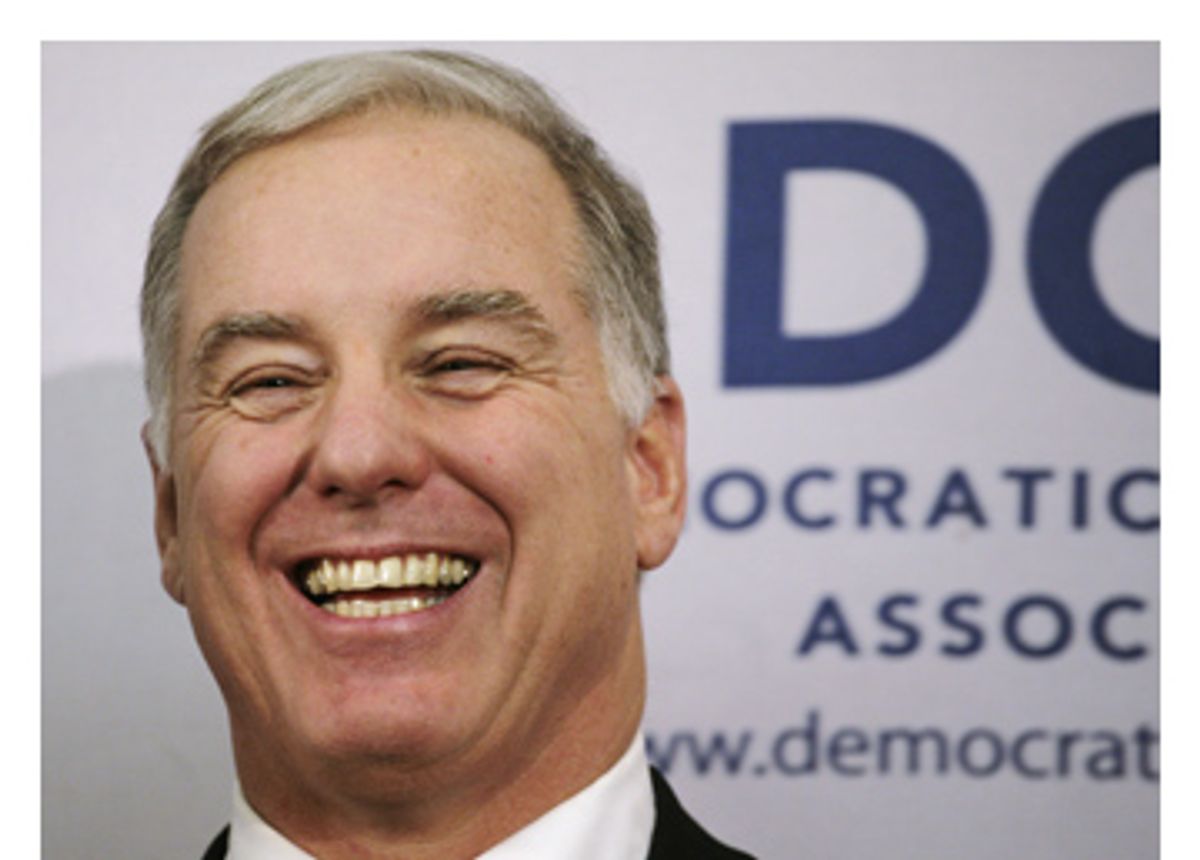 Only weeks after the Democratic National Committee chose Howard Dean as its chairman last year, the nasty whispers began to circulate around Washington and among longtime party donors and activists in cities from New York to Los Angeles. "He's going to be a disaster," they muttered. "He can't raise any money. He doesn't know what he's doing. And what does he mean by this crazy 50-state strategy?"

Those early days must have been painful for the former Vermont governor -- still smarting back then from his presidential primary defeat and that endlessly looped "scream" video -- and he endured a barrage of snarks and snipes from the Democratic congressional leadership as well. Unfortunately for Dean, he doesn't play the Washington press corps nearly as well as do rivals like Rep. Rahm Emanuel, D-Ill., who ran the House Democrats' campaign committee, or Sen. Chuck Schumer, D-N.Y., who performed the same role in the Senate.

But this week, he is enjoying vindication far earlier than he ever expected.

Despite all the complaints and demands directed at him over the past 18 months, Dean stuck to his principles. He and his supporters in the netroots movement believed that their party needed to rebuild from the ground up in every state, including many where the party existed in name only. These Democrats prefer to think of their party as one of inclusion and unity. They openly disdain the divisive strategies of the Republicans who have so often used racial, regional and cultural differences to polarize voters.

And they believe that relying on opportunistic attempts to grab a few selected states or districts as usual -- rather than establishing a real presence across the country -- conceded a permanent structural advantage to the Republicans that would only grow more durable with each election cycle.

Breaking that advantage would be costly and difficult, as Dean well realized, but it had to be done someday, or the Democrats would fulfill Karl Rove's dream of becoming a permanent minority party -- or fading away altogether. Against the counsel of party professionals, whose long losing streak has done little to diminish their influence, the new chairman began the process of re-creating the Democratic Party in 2005. And contrary to the gossip and subsequent press reports, he succeeded in raising $51 million last year, about 20 percent more than in 2003 and a party record for an off year.

Much of that money was spent in ways that obviously paid off on Tuesday, including the 2005 election of Democratic Gov. Tim Kaine in Virginia -- where Jim Webb's upset victory over incumbent Sen. George Allen overturned Republican control of the Senate. Several million dollars was spent on rebuilding the party's national voter files, yet another essential sector in which the Republicans have enormous technological superiority.

Less obvious but equally significant was the spending on hundreds of organizers and communications specialists -- and their training -- in every state. In some places this meant taking the chains off locked, dusty offices that had seen no real activity in years; in others, it meant bailing the state party out of literal bankruptcy and convening meetings in counties where party activists had given up.

In Indiana, among the reddest states north of the Mason-Dixon line, the Democratic National Committee placed two field organizers and a new party communications director on the ground a year before the midterm elections. While that doesn't sound like a very impressive assault on a Republican stronghold, those few organizers created a party presence and started preparing for battle in vulnerable congressional districts. Suddenly the Republicans had to deal with ground opposition where traditionally they had faced no field operation at all -- not only in Indiana but in deep-red Idaho, Wyoming, Kentucky and Nebraska, too.

The Democrats didn't win in all those districts, of course, although they did enjoy several unexpected victories. What Dean and his organizers created, however, was an environment that allowed insurgents and outliers as well as the party's chosen challengers to ride the national wave of revulsion against conservative rule. That enterprise, in turn, surprised and overwhelmed the Republican capacity to respond. Faced with many more viable challenges than anticipated, the Republicans made mistakes in allocating resources -- and were forced to defend candidates in districts that are usually safe.

For now, Dean has reached a peaceful accommodation with his internal critics and enemies, many of whom were motivated by his outspoken opposition to the war in Iraq and his support from the unruly netroots. Debate will continue over the wisest national strategy for 2008. Should Democrats continue to pursue the 50-state strategy, even in the difficult terrain of the deep South? Or should they seek to consolidate and expand the gains made this year in the mountain states and the Midwest?

Ultimately, the party's presidential nominee will make that decision. In the meantime, the party chairman has won the argument he started last year. Rebuilding the Democratic Party in every state is as much a matter of pragmatism as principle. There would have been much less for the Democrats to celebrate on Election Night if Howard Dean hadn't been so "crazy" -- and so persistent.