The rumors swirling around Princess Diana's death were nonsense. But after her celebrity, the royal family, and England, will never be the same. 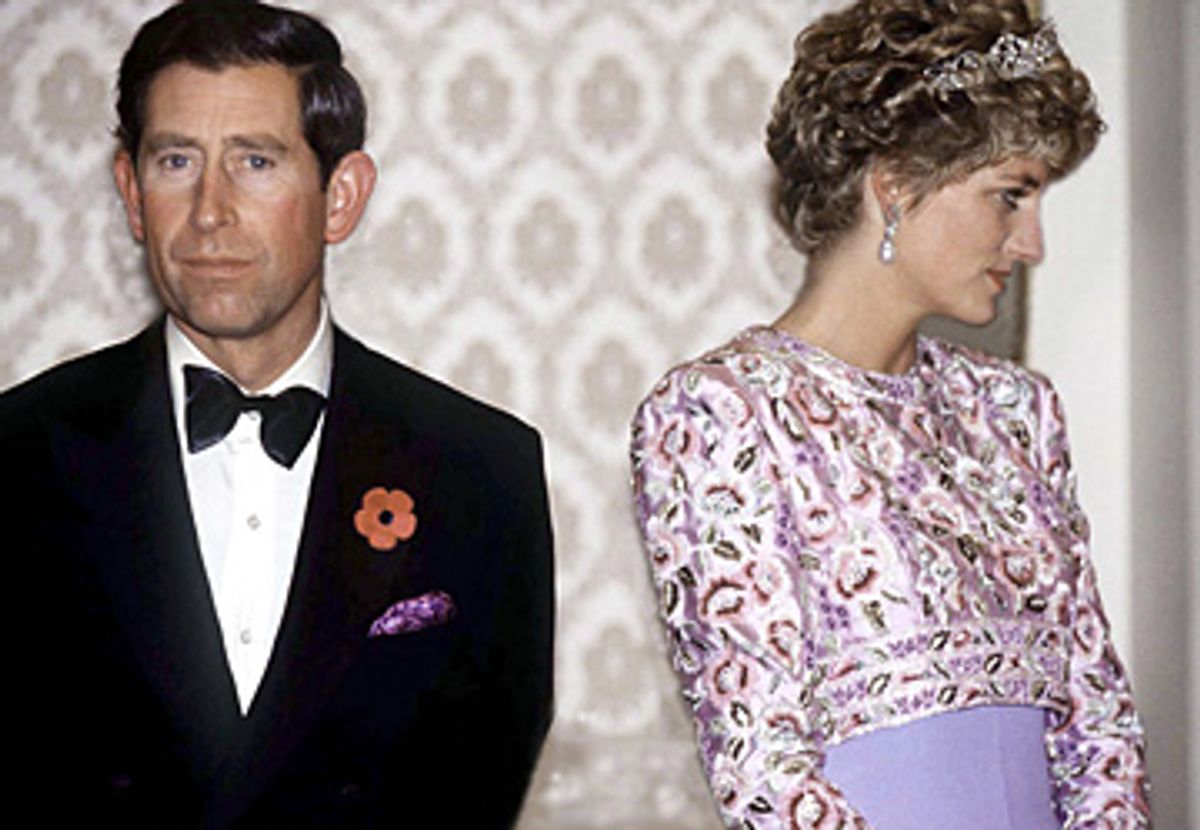 The release Thursday of the Stevens report makes clear that there was nothing tragic or sinister about Princess Diana's death nine years ago. Despite the rumors that surfaced in the press earlier this week, it has been officially denied that Diana was ever the target of an American intelligence agency investigation. The night of her fatal crash, her chauffeur was drunk; Diana wasn't wearing a seat belt; she and her beau, Dodi Al Fayed, were trying to escape from paparazzi. Even the attention of the paparazzi was to some extent self-inflicted. Diana sought fame, as of course did Al Fayed, in a way that other members of the royal family just do not.

Unlike Diana, the first member of the royal family to behave like a modern celebrity was despised by almost everyone in England. After Edward VIII, formerly the Duke of Windsor, abdicated in 1936 to marry American divorcée Wallis Simpson, his private secretary, Tommy Lascelles, judged him harshly. "He had, in my opinion and in my experience, no comprehension of the ordinary axioms of rational, or ethical, behavior," said Lascelles. "Fundamental ideas of duty, dignity and self-sacrifice had no meaning for him, and so isolated was he in the world of his own desires that I do not think he ever felt affection -- absolute, objective affection -- for any living being, not excluding the members of his own family."

Of course, Lascelles would never have said anything like that in public: It is a minor but entirely characteristic detail about the British Establishment that he was known to everyone who knew him as "Tommy" Lascelles, while his baptismal name was "Alan." Even your true name was to be kept from the vulgar gaze.

But what is fascinating is that in the 60 years between Edward VIII's abdication and Diana's heyday as a global star, those very character traits came to represent Diana's superiority to the rest of the royal family. It was precisely her lack of self-control and her helplessness in the face of her own desires that were meant to constitute her humanity.

Although Dodi's father has been all around the studios Thursday to promote his view that there was a conspiracy to kill his son, he is now regarded as a rather ridiculous figure whose overactive imagination was no doubt also responsible for some of the recent speculation about spies and CIA investigations. Only the Daily Express, a paper owned by a man who made his fortune in pornography, still pretends to take Al Fayed's story seriously. In one of the running jokes of British journalism, the Express has been running Diana stories on the front page almost every Monday for the past two years. But believing in the conspiracy against Diana is now the British equivalent of seeing Elvis in a parking lot. By putting 843 pages of his report up on the Internet, Lord Stevens hopes to crush all speculation under a mountain of evidence.

The contrast with Edward VIII could not be starker. There was a real, determined conspiracy to push him from the throne and from the country. None of it got into the papers until decades later, if at all, simply because it was ruthlessly successful. Lascelles recorded in his memoirs that "when, in December, the storm broke, [Edward VIII] went one evening to see his mother at Marlborough House; she asked him to reflect on the effect his proposed action would have on his family, on the Throne, and on the British Empire. His only answer was: 'Can't you understand that nothing matters -- nothing -- except her happiness and mine?'"

The British Establishment united against Edward VIII and Wallis Simpson, and drove them from the country for the rest of their lives. In Diana's case, they failed absolutely to win the struggle for popular esteem. In part, this is because most of modern Britain is much less prejudiced against foreigners than in the '30s, when one of the objections to Mrs. Simpson was that she was "an American with a voice like a buzz saw." What public opinion then would have made of a princess who took as her lovers a Pakistani doctor and the son of an Egyptian businessman does not bear thinking about.

The transition from princess to celebrity is also a loss of function. The constitutional powers of a monarch may have been limited even in 1936 -- in fact, as events were to show, Edward VIII was wholly powerless against a determined political class -- but that did not mean that the job was not an important or useful one. The figurehead does not steer a boat, but does help to hold it together. The Establishment that expelled Edward VIII as its figurehead required someone like his brother, George VI, to express its common purpose, which was the survival of the British Empire and Commonwealth -- something that in 1936 still governed abut a quarter of the globe.

The Establishment that fought Diana no longer even governs England and Wales. The empire has gone, the United Kingdom feels insecure and the country has largely lost its independence. Our foreign policy is completely subservient to Washington, our administrative law largely determined by the European Union.

The result is that none of the traditional virtues -- or vices -- of the governing classes are rewarded. Men like Lascelles, and even Edward VIII, were treated with astonishing coldness and brutality by both their parents and their elite schools. Prince Charles was sent to a similar place in Scotland, where cold baths were a prominent feature of the daily routine; I myself went to an extremely expensive school where frost formed on the inside of the dormitory windows in winter. The reward for the survivors of this kind of regime was mastery over much of the world but also the habit of treating their own emotions as servants who could be dismissed like any others.

Without the payoff, the bargain made no sense at all. And after Diana's death their self-control and refusal to show emotion in public came to look less than human, rather than the summit of human behavior. The natives laughed and poked fun, the tradition of the stiff upper lip seemed risible. Now the queen's accent gets mocked all over the country.

Of course this is really just a change of masks. Prime Minister Tony Blair, emoting about the "People's Princess," was no more sincere than the queen pretending that she had not been hurt by the whole thing. But behind that change of mask lies the much deeper, and quite irreversible, transformation of the country from a sort of Rome to a sort of Italy.