Forget the political treatises. This year, the nonfiction books that captivated us most told stories: Of food, of family, of secrets. 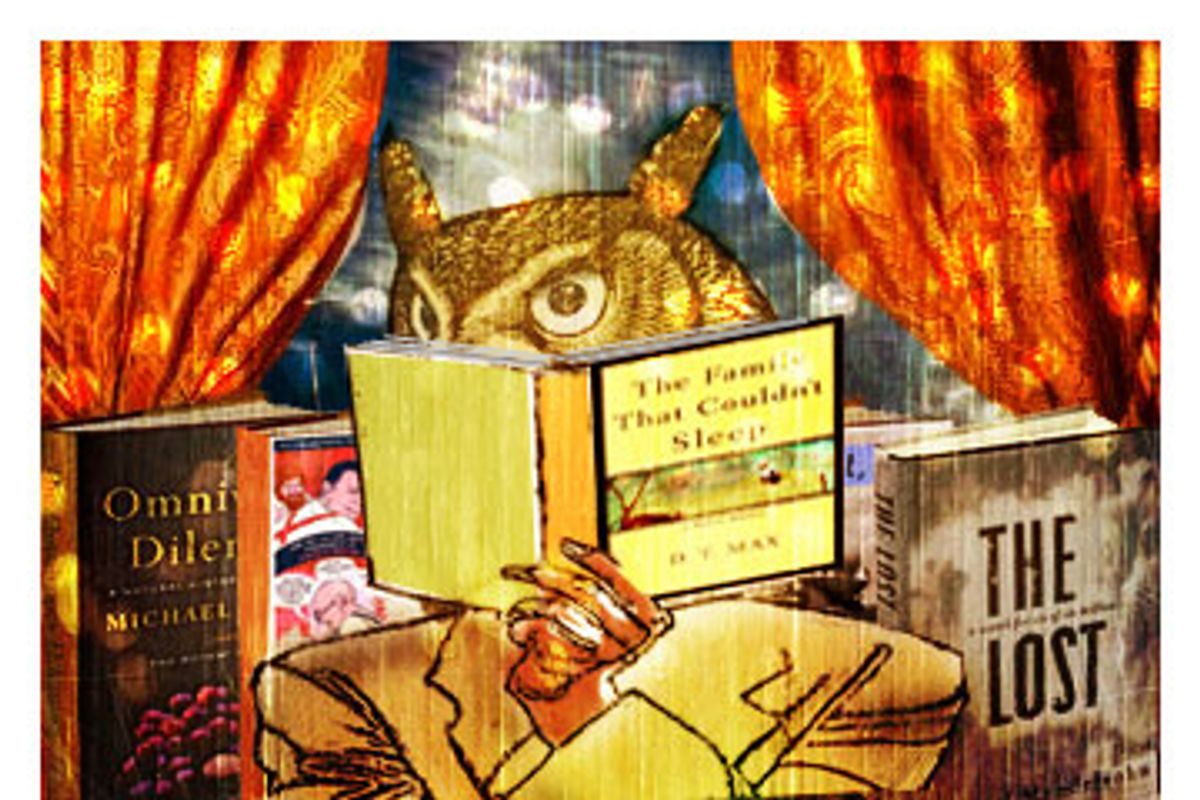 Political books -- from Frank Rich's media critique,"The Greatest Story Ever Sold," to Lawrence Wright's 9/11 investigation, "The Looming Tower" -- stole much of the spotlight on nonfiction this year. But the books that captivated us most in 2006 told stories: of family, of food, of a double life. We promise they'll entertain you -- and surprise you, too.

"Sweet and Low: A Family Story" by Rich Cohen

Cohen's maternal grandfather, a former short-order cook, invented the sugar packet and Sweet 'n' Low, the artificial sweetener that made him a millionaire. Cohen's mother was disinherited by her own mother, and his Uncle "Marvelous" Marvin, who took over the company, got into trouble with the FBI -- a little thing they call tax evasion and criminal conspiracy. Then there's Aunt Gladys, who hasn't stepped out of the family home in Midwood, Queens since the Nixon administration, yet still manages to pull all the strings. With this book, Cohen aims to nail down what really happened in his clan's highly mythologized saga. His digressions on the history of, say, Brooklyn or sugar or the Walburg banking dynasty, might strike some as padding, but he describes it all with an economical, pugnacious wit that never falters. The heart of the book, though, is a long, complicated and darkly funny family feud encompassing intrigues, sabotage and widely divergent stories about what really happened and when, and of course, who it can all be blamed on.

"The Family that Couldn't Sleep: A Medical Mystery" by D.T. Max

A tiny protein that works in mysterious ways is the villain at the center of this elegantly spun tale of the quest to find out what elusive agent lies behind Mad Cow disease, scrapie and the brain disorder that has caused the descendants of one16th-century Venetian doctor to die of terminal sleeplessness. The story glides effortlessly from a canalside palazzo to Scottish sheep farms to the depths of the New Guinean jungles, where the members of a cannibal tribe succumbed to a plague called "the "laughing death." Spotlight-hogging doctors battle, backstab and misbehave but eventually the culprits -- christened "prions" by one media-savvy researcher -- are identified. And, man, are they scary: unkillable by most conventional antibiotic and antiviral tactics -- mostly because they aren't even alive to begin with. Max writes so lucidly you hardly notice how much you're learning, and the book's suspenseful narrative never flags. This is science writing at its best.

"The Lost: A Search for Six of the Six Million" by Daniel Mendelsohn

When Daniel Mendelsohn was a boy, he would walk into family gatherings and find that the mere sight of him would move his older relatives to tears. "Oh, he looks just like Shmiel!," they would cry, in Yiddish. All Mendelsohn knew of Shmiel was that he, the oldest brother of his grandfather, had been killed, along with this wife and four daughters, by Nazis during the war. That crumb of information was tantalizing enough to inspire long-lasting curiosity  and, as its subtitle makes plain -- "The Lost" is Mendelsohn's attempt to find out who these relatives were, and what exactly happened to them. After traveling thousands of miles, visiting the Ukraine, Israel and any place else where someone might have known someone else who knew his uncle, Mendelsohn discovers that the truth of what happened to his relatives was quite a bit more complicated -- and surprising -- than anyone had known. The story is gripping, but along the way "The Lost" reveals itself to be so much more than a Holocaust family memoir: it's also a page-turning mystery, a lesson on how history is written and a work of religious scholarship. This is a book that you start and think: I have never read a book like this one before.

"James Tiptree Jr.: The Double Life of Alice B. Sheldon" by Julie Phillips

Alice Sheldon had many selves. As a child in the 1920s, she went on safari through Africa with her socialite parents. She could fly planes and shoot guns. During World War II, she worked for military intelligence and after it, for the CIA. She was a clinical psychologist, and published a short story in the New Yorker. But her most daring and successful adventure in self-creation was posing for several years as a man, the innovative science fiction writer James Tiptree, Jr., who carried on many intense correspondences with such authors as Ursula K. Le Guin and Phillip K. Dick, until her real name and gender were discovered by tenacious fans. Everyone who knew "Tiptree" was flabbergasted to learn "he" was really a woman, but whether anyone really knew Sheldon -- even her husband of decades, with whom she died in a suicide pact -- is the question Julie Phillips pursues in this astute, sensitive and always fascinating biography. The life was remarkable, and so is the telling of it.

"The Omnivore's Dilemma" by Michael Pollan

If most food writing seems like an covert form of narcissism, Pollan explodes the genre out of its navel-gazing constraints and offers a rare, expansive view of what and how we eat. Inexhaustibly inventive and imaginative, Pollan jazzes up what could have been a dreary jeremiad about the "industrial food chain" by inviting us to view the modern American diet as the triumph of a formerly obscure South American grass that has manipulated humanity into making it one of the most successful plants on earth: King Corn -- it's in nearly every processed food. He highlights an obscure scientist without whose great invention -- the synthesis of nitrogen fertilizer -- billions of people could not have been born (or at least, not have been fed), and he explains just how much oil goes into "making" one conventionally raised steer (about a barrel). There's an observation to blow your mind on nearly every page of "The Omnivore's Dilemma" -- the sections on "industrial organic" farming and an entirely foraged meal are also revelatory -- about this most basic of human needs.