Peter O'Toole, a hottie for the ages, in one of the year's great performances. 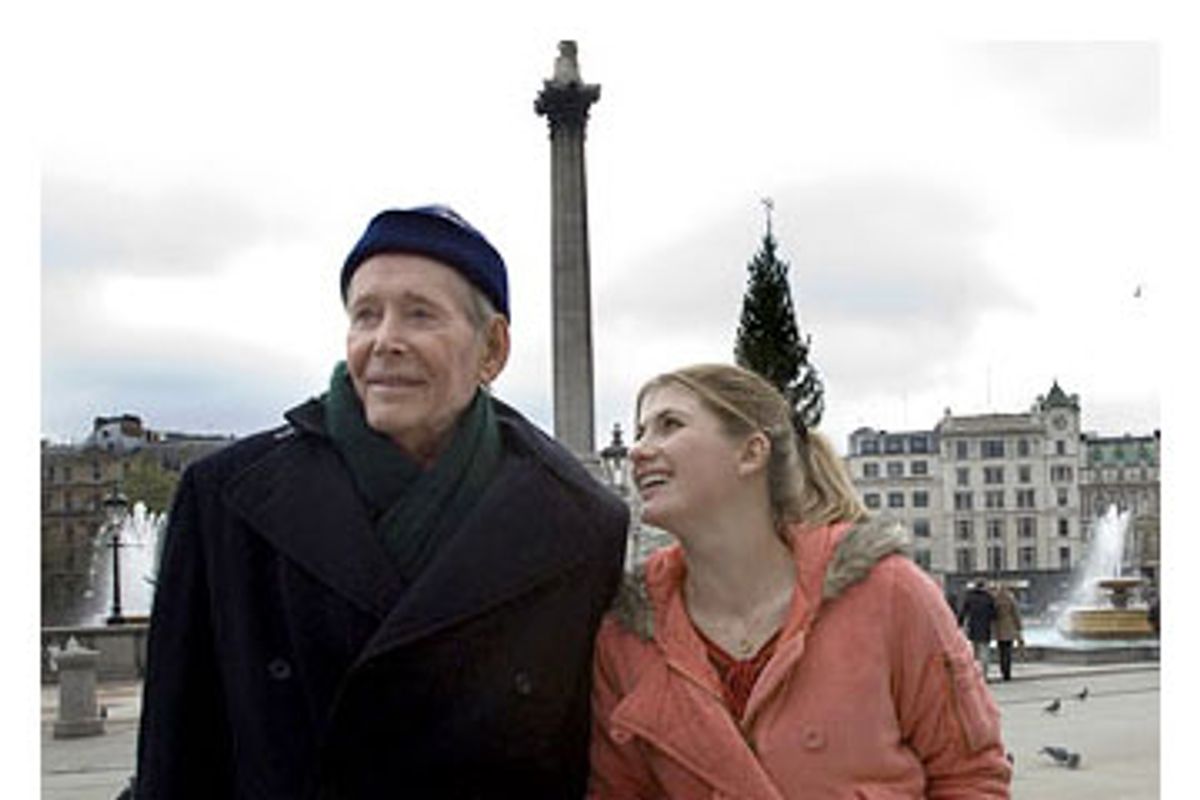 The idea of appreciating the beauty of actors (male and female) is essential to the understanding of movies -- that is, to the way we understand movies in ways that we can't always articulate. An editor I know used to say that it's perfectly OK for a critic to praise the beauty of an actor of the opposite sex, as long as he or she willingly does the same for an actor of the same sex. Still, among all moviegoers (not just critics), recognizing the comeliness of a particular actor often invites charges of objectification, of judging appearance and not substance, of having the "hots" for a particular screen presence (as if that were a bad thing).

It becomes much safer to praise actors after they're old enough to be considered "respected" rather than "sexy." So I invite moviegoers everywhere to objectify, instead of merely respect, Peter O'Toole: By now, he has earned it. The star of Roger Michell's "Venus," O'Toole is among the most physically beautiful actors I have ever seen, and although he's now past 70 -- no longer Lawrence of Arabia, or even Alan Swann in "My Favorite Year" -- the fragility of the physical shell around him barely matters: That's still Peter O'Toole in there.

In "Venus," which was written by Hanif Kureishi, O'Toole plays Maurice, an aged actor who falls for a callous, clueless 20-year-old named Jessie (a sharp young actress named Jodie Whittaker). She's the niece of one of his cronies, another old-time actor named Ian (the exquisitely, edgily cantankerous Leslie Phillips). He has invited this provincial girl to live with him in London, hoping that she'll be able to cook him nice fish suppers and, essentially, yield to his every annoying, self-centered whim. Jessie doesn't come close to fulfilling Ian's fantasy: She merely parks her youthfully rounded rear in front of his television set, spouting occasional nonsense about wanting to become a model. (Jessie's not unattractive, but as Whittaker plays her, you can't imagine her hard, sooty eyes giving anything to a photographer's camera.)

But Maurice, who comes 'round to Ian's almost daily for a drink and a chat, is tickled by Jessie. He defuses her rudeness by laughing at it, as if it were a choice bit of theater; he tries to educate her in the things that matter. When he asks if she knows how to fix a drink (she doesn't), he informs her, "Once acquired, it's a talent that will serve you for life. Like typing." When Jessie drags him out to a club, he takes in the scene around him -- a mass of wriggling, drunken young people who probably don't look all that different from the youth of 1966 -- with unalloyed delight.

That scene is the essence of what matters in "Venus": the interplay between the characters. Between Maurice and Jessie, of course, but also between Maurice and his friends from the old days, who, in addition to Ian, include two other semi-forgotten actors, Donald (Richard Griffiths) and Valerie (Vanessa Redgrave, whose performance, like O'Toole's, defies the notion that beauty can be dissolved by age). At one point the actors -- the men -- gathered in their favorite cafe, huddle over the obituary page, exclaiming over the death of a colleague. "Oh, Sammy's gone," says one. "Another one down," someone else counters. And then someone exclaims, gazing upon what must be an ancient file photo of the actor as a strapping specimen with smooth skin and a great deal of hair, "Look at how beautiful he was." The sequence captures the way actors assess, and appreciate, one another, not just for their line delivery, or for their subtle ways of slipping into a role, but for the way they carry themselves, the way they look. Maybe the alleged shallowness and vanity of actors is really a kind of pagan worship: They're in love with the graven images they've created, knowing better than we do that those images are an illusion, an elaborate, celebratory mask for their true, everyday selves.

O'Toole and Whittaker are wonderful in their scenes together, partly because Kureishi has written good dialogue and partly because Michell -- whose last picture was the 2004 "Enduring Love" -- avoids sentimentalizing their fragile friendship (a friendship whose unfolding, with its cruel betrayals, is at times incredibly painful to watch). The picture, shot by Haris Zambarloukos, captures the way London looks, in all its grayish loveliness, when you're just tooling around (as opposed to how it must look if you're, say, trudging to work).

And the performances here are wonderfully balanced. Whittaker doesn't allow Jessie an easy, facile transformation, and she doesn't shy from Jessie's deeply unlikable qualities -- particularly the way she appraises Maurice to see what she can get out of him. Still, in the end, you feel something for her: It's an unnerving and ultimately affecting performance.

But "Venus" belongs to O'Toole. This is, hands down, my favorite performance of the year, largely because I love the way O'Toole (and the filmmakers) refuse to yield to the all-too-pervasive idea that it's "icky" for old people to even think about sex. Maurice looks at Jessie with unapologetic longing, appreciating some things she can't see in herself, but also appreciating the very idea of youth -- specifically, womanly youth. He praises her, wondering aloud about the parts he's not allowed to see, in a way that's all the more sensual for being so direct. Landing a rare job (the calls are few and far between) he makes a movie-star-like demand: "I will need a big car -- an enormous fucker." He invites Jessie to come along on-set, and as they drive out to the shoot, she stands up to catch the breeze through limo's sunroof, which gives Maurice an opportunity, one he can't refuse, to look up her miniskirt.

Does this make Maurice a dirty old man? Maybe the answer to that question depends on how you feel about dirty young men. (Personally, I think it's perfectly OK to look up a woman's skirt, as long as one is gentlemanly about it.) And maybe it depends on how you feel about O'Toole. He's the only actor I've ever seen in real life -- he was about 60 at the time -- who rendered me completely, stupidly star-struck. His eyes are a shade of blue I've never seen in nature -- maybe only in Jack Cardiff's fevered, religious-vision Technicolor cinematography for Powell/Pressburger's "Black Narcissus." And in this tender, complex performance, his age is inconsequential. His young self is alive in him. It's there in the color of his eyes.