Reid and Pelosi say it's time to "bring the war to a close." 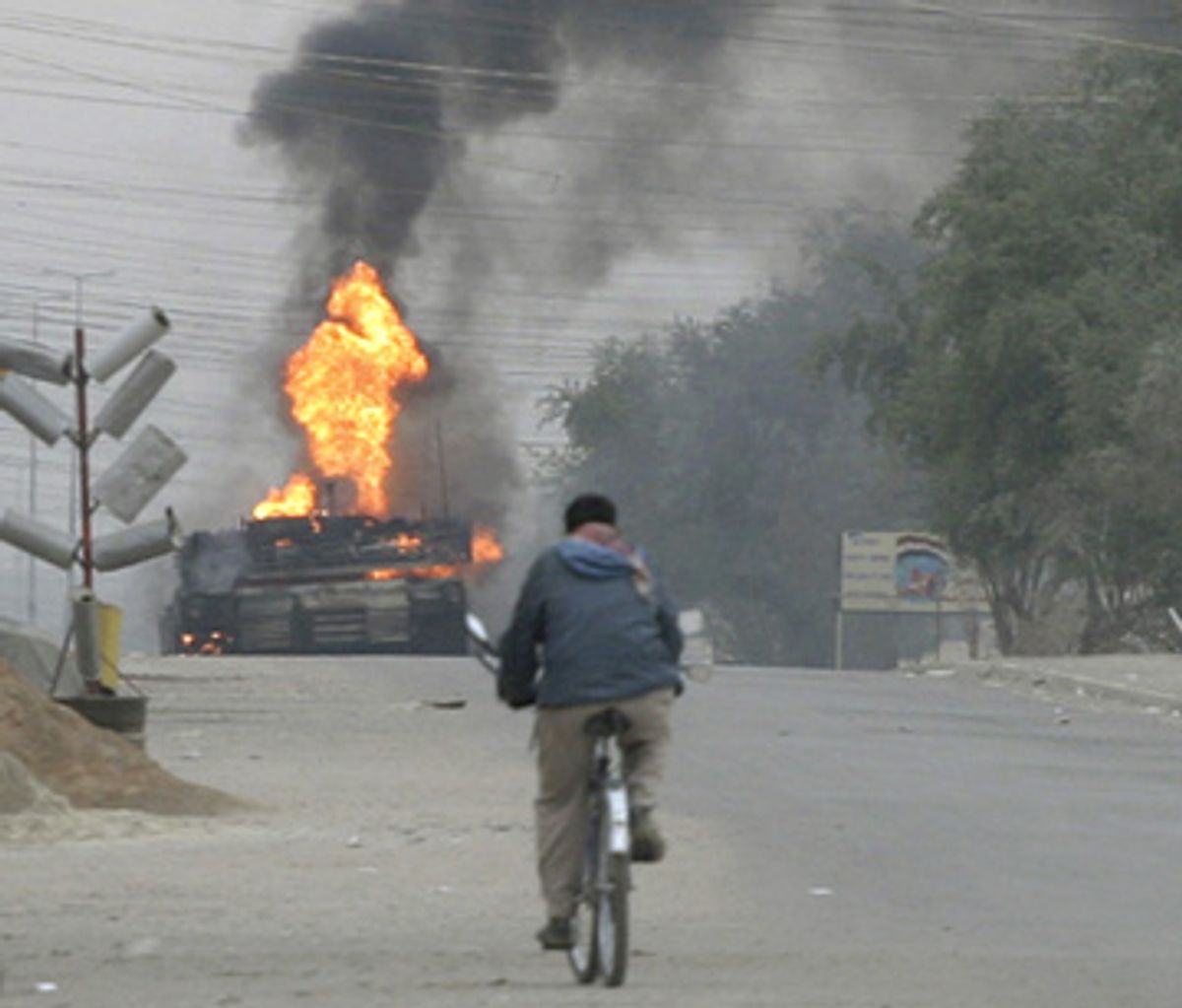 In a letter to George W. Bush, Senate Majority Leader Harry Reid and House Speaker Nancy Pelosi are urging the president to reconsider his apparent decision to send more U.S. troops to Iraq.

"Surging forces is a strategy that you have already tried and that has already failed," Reid and Pelosi write. "Like many current and former military leaders, we believe that trying again would be a serious mistake. They, like us, believe there is no purely military solution in Iraq. There is only a political solution. Adding more combat troops will only endanger more Americans and stretch our military to the breaking point for no strategic gain. And it would undermine our efforts to get the Iraqis to take responsibility for their own future. We are well past the point of more troops for Iraq."

The Democrats' alternative: "It is time," they say, "to bring the war to a close."

Reid and Pelosi explain: "Rather than deploy additional forces to Iraq, we believe the way forward is to begin the phased redeployment of our forces in the next four to six months, while shifting the principal mission of our forces there from combat to training, logistics, force protection and counter-terror. A renewed diplomatic strategy, both within the region and beyond, is also required to help the Iraqis agree to a sustainable political settlement. In short, it is time to begin to move our forces out of Iraq and make the Iraqi political leadership aware that our commitment is not open ended, that we cannot resolve their sectarian problems, and that only they can find the political resolution required to stabilize Iraq."

The two leaders don't say what the Democratically controlled Congress will do if Bush doesn't take such an approach. They simply thank him for taking their views "into consideration."

If only they had any reason to think that he will.