Last week Wesley Autrey threw himself in front of a subway to save a man. Does tossing a $10,000 reward and a trip to Disney World at a hero diminish his otherworldly deeds? 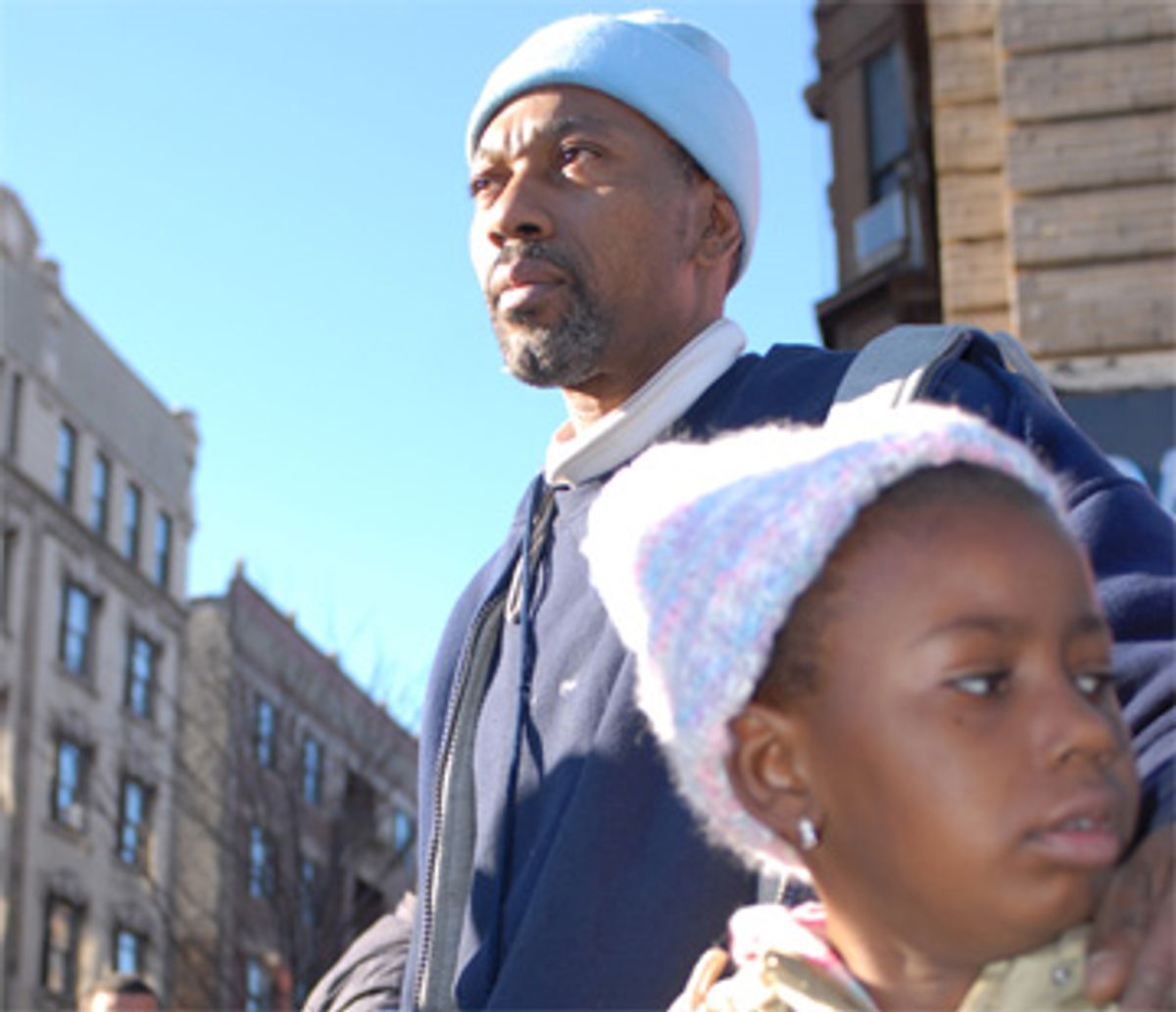 I know the Wesley Autrey story is a week old, but if you're not still processing it, and your eyes don't still well up at the thought, then your heart is a pebble and you should be out pinching the elderly instead of online reading magazines.

Here's the problem, looking back: I don't know what to do with the world's Wesley Autreys.

My heart isn't a pebble but it is a corrupted little capitalist sponge; almost immediately after the New York construction worker's stunning subway rescue, I found myself hoping some kindly billionaire would discreetly deliver him a whopping check for his incomprehensible good deed. (For those living under rocks, the 50-year-old jumped onto a subway track before an oncoming train to protect a teenager who'd suffered a seizure; Autrey laid his body on top of the young man's, positioned himself between the rails, and let the train pass over them.) Later, when Donald Trump announced he'd be coughing up a $10,000 award, I snorted at his stinginess.

But maybe Trump gave $10,000 too much. Maybe an act so extraordinary as Autrey's gets debased by a financial reward. To dive on a stranger before an oncoming train -- I'm pretty sure that's sublime. Money? Handy but not sublime. In such truly exceptional circumstances, shouldn't our better selves strive to preserve the delicate miraculousness of such an act -- not flatten it into a pecuniary equation?

Of course there's always a reasonable argument for the pecuniary -- that's the brilliant insistence of capitalism. A whopping check could, in turn, facilitate other exceptional things. College tuition for his two little girls, for instance. And maybe it's absurd to ask Autrey to perform the double heroism of refusing piles of money and gifts. Certainly it's embarrassingly paternalistic to be debating whether a man far greater than myself should push future checks back across future tables -- and don't get me wrong, I only want this saint to get whatever he wants or needs. But I do think the sheer singularity of what he did compels us to ask how we can best match it. It's the purity of Autrey's altruism that moved us, so it stands to reason we should poke around for some purity, too.

This is abstract and sort of pointy-headed stuff, I know. But people like Autrey don't come along every day, and just as their actions burrow down to our marrow for a short while, so too do they float upward toward bigger questions. Can we, as a society, really think of no other way to express our admiration and appreciation than with money? And if not, shouldn't we be worried by that?

In the news frenzy that followed Autrey's leap, one AP story dug up Daniel Santos, another New York hero, who in 1996 jumped 130 feet off a bridge into the Hudson River to save a woman trying to kill herself. It seems the tidal wave of appreciation didn't have the effect the hero's admirers might have wanted. "My life unraveled," recalls Santos, who started drinking heavily afterward. "The publicity changed my life ... It took me four or five years to get my life back."

I've never jumped off a bridge or before a subway car to save a fellow human. I've never even jumped in front of a fellow human's snowball. Like everyone, however, I have occasionally stumbled into pretty good Samaritanism. At 10, I left my father at the Safeway checkout line and chased the previous customer down the block with the $10 in change he'd forgotten. It was a long enough run that I had time to think -- specifically, I thought about the different types of candy I'd be buying with my reward money. Were there a god of Teaching Little Boys Profound Lessons, the customer would have surprised me with a mere thank you. But, of course, even at 10 I knew the score. I went home with M&Ms, plus a Snickers for later. What might have been a faintly ennobling experience was instead tainted and transactional.

We live in an era of remarkable and varied peril, as cable news dutifully reminds us every few seconds; by extension, we encounter some heroes. Two days after Autrey's subway rescue, two other New Yorkers rushed to catch a toddler as he fell four stories off a fire escape. Sept. 11 gave the country more courageous selflessness than we knew what to do with. In fact, we still don't. That we still fight, here and there, over how to memorialize and honor the various souls who died trying to save others -- well, maybe this reveals something beyond just the inevitable divisiveness of 9/11.

Perhaps what's revealed is a kind of cultural anxiety over how to comprehend the humanity of those acts. We know they're good, we know good things get rewarded -- but our understanding stops there. In other cultures it's often said that Americans lack the ability to process death; maybe the same is true about real goodness. These unselfish moments of compassion and bravery, maybe they're the human equivalent of quantum physics for us. So we throw money: a prostration at the feet of incomprehension.

But there are practical limits to this hero-love -- the cozy feeling unravels when we look to franchise it. On the verge of sending more poor troops to a dumb war to do Autrey-esque things daily, well, we'll barely reward them with body armor, much less Disney vacations. And if we did compensate them all on the level they deserve, what about the brave Iraqi civilians, or the brave Red Cross volunteers, or the brave protesters back home, or... Once you start looking beyond subway tracks, the world's suddenly lousy with fine, selfless humans. Should Trump pay them all? Actually, yes -- of course he should. But in so doing, he might trample something delicate (and that's even before we had to watch him name a building after his generosity).

It would be lovely if good deeds could be their own reward. Even lovelier if we'd never heard of rewards in the first place. Some terrifically ineffable thing took hold of Autrey last week, and the best I can wish him is that something equally ineffable will attend the rest of his days. In my fantasy, the Bronze Medallion from Mayor Bloomberg and the trip to Disney World give his daughters a hell of a January, but that later, when the fuss has died down, the Autrey family is visited by a goodness as deep and mysterious as that jump down into the subway tracks. And yes, if the guy's goodness is such that it's undiminished by a briefcase full of cash, I suppose I'm hero enough to accept it.