Running with the dogs

Nick Cassavetes talks about the controversy surrounding his new film, "Alpha Dog," and weighs in on star Justin Timberlake's future as an actor. 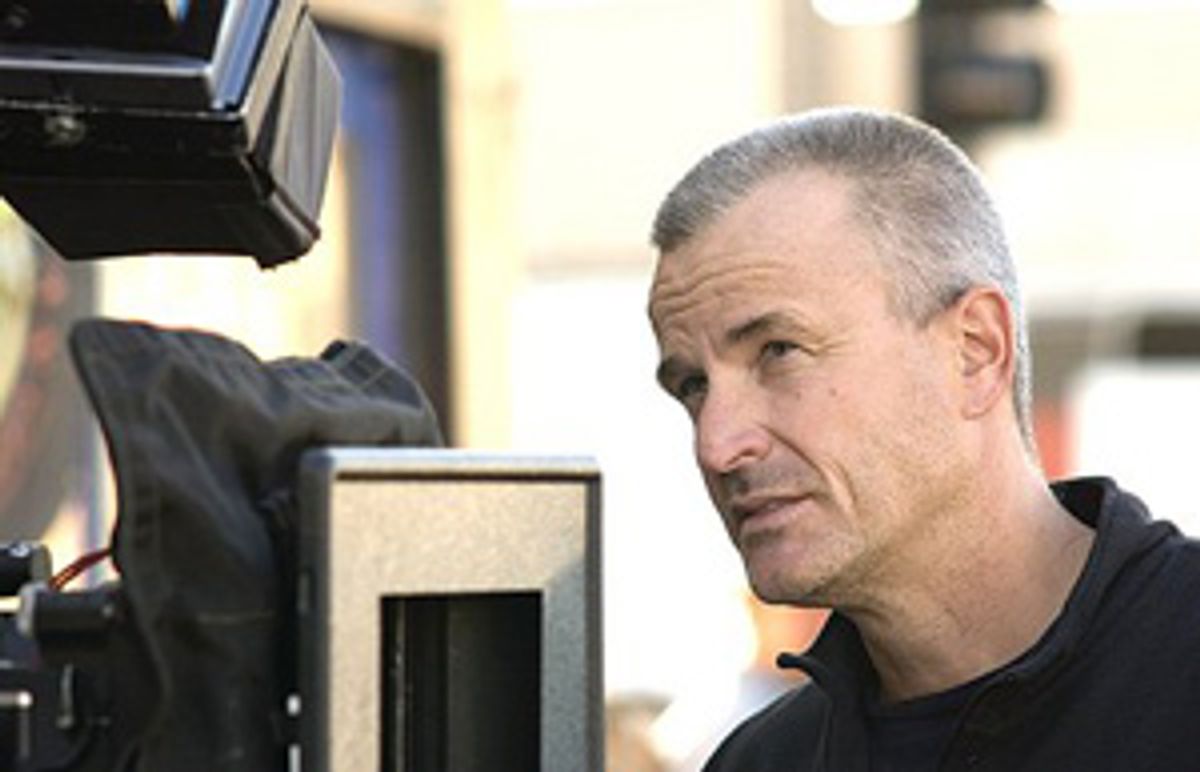 When Nick Cassavetes' fifth film, "Alpha Dog," opens on Friday, it will have arrived at the end of an unusually long and twisty road to the theater. Featuring Emile Hirsch, Justin Timberlake, Sharon Stone, Bruce Willis and others, the movie is a fictionalized version of the true, jarring story of the kidnapping and murder of 15-year-old Nick Markowitz in Los Angeles in 2000. The film was nearing completion when the suspected ringleader of the gang that killed Markowitz, a 20-year-old named Jesse James Hollywood -- upon whom Hirsch's character is based -- was captured in Brazil in March 2005, forcing Cassavetes to reshoot the ending. Hollywood is now being held in solitary confinement in Santa Barbara, Calif., as he awaits trial, but after "Alpha Dog" debuted at Sundance last year, his lawyers attempted to block the film's theatrical release, claiming that it would interfere with their client's chance of getting an unbiased jury. In December, a federal judge OK'd the movie's opening, arguing that blocking it would violate the filmmakers' First Amendment rights.

Cassavetes, 48, seems relieved the process is almost over. The son of director John Cassavetes and actress Gena Rowlands, he has tried his hand at both his parents' professions, but has had greater success behind the camera -- his earlier films include "She's So Lovely," "John Q." and 2004's "The Notebook." But he still considers himself a newbie at directing, saying, "I'm just at the beginning. I'm just starting to learn a little bit about making movies. I'll be very, very happy if I'm able to make a few more -- maybe I can get one right."

Cassavetes spoke to Salon by phone from his home in Los Angeles.

"Alpha Dog" is a pretty dark, violent movie. I was spooked bumping into strangers the whole next day. It definitely hits on a pretty visceral level. For you as a director, it's certainly a turn -- it's a little darker than, say, "The Notebook."

[Laughs] I'd say any movie's darker than "The Notebook."

How has that change been, going from a lighthearted romantic Hollywood film to this?

Telling a story seems easy, but it can be difficult. Stories have a life of their own ... When you take on a new idea or a new story, you've kind of got to go with that. I think it would have been improper of me to tell "Alpha Dog" the same way we told "The Notebook," either stylistically or thematically.

It's funny that you say stories have a life of their own -- this one certainly had a life you didn't even expect when you started filming. It's been a long process just getting it into the theaters.

The producers looked at me and said, "How can this happen?" My response was simple: You start digging into trouble, that's probably what you're going to find. This film has been nothing but trouble. Beautiful, but trouble.

It has such a well-known back story at this point, and the controversy surrounding the film has gotten a lot of coverage in the press. Do you think that's a disadvantage to you as a filmmaker, that people going into the theaters will know so much?

No, the best thing would be to have a movie where, you know, Tom Cruise was in it, and it was a very satisfying movie at the end, and people would walk out and everybody feels good, so they want to come back 19 times and you make a lot of money. That's the best kind of movie -- but it's maybe not the most accurate way to tell a story. My buddy who lives in New York said, "Damn, Nick, you don't watch this movie, you endure it." I think he's right, you know?

I can't think of a film in recent history that's had this much legal trouble getting into theaters. Are you concerned that there are going to be still more problems?

That's the beauty of the American legal system -- something can always come up. I don't think it will; I've got a lot of people who know what they're talking about who tell me that [Hollywood's lawyers] don't have a legal leg to stand on; but they have a legal concept to stand on. But you know what -- if they do enjoin the movie and stop it from coming out at the last minute after a lot of money's been spent, that'll be something else. We have First Amendment and Sixth Amendment protection here in the United States. A lot of legal issues will be raised, which will be bad for me financially and bad for my career, but good for me because I'll be interested to know where the line is drawn.

What was it that originally got you interested in telling this story, in turning it into a film?

When I heard about the story the first time, I thought, "Oh yeah, I remember what it was like to be young." It seemed to be a story that was representative of the knuckleheaded choices we make when we're young people. And it didn't hurt that these kids went to my daughter's school.

With this basically happening in your backyard, I'm sure you -- as a parent -- went through the process of thinking, "My kids could have been involved with this."

Sure I did. Anybody's kids could have been involved with this. The way you combat these kinds of things from happening is you spend a lot of time with your kids and you give them the coping skills to go out in the world and deal with almost anything and then you do a lot of hoping and praying. As parents, we need to give our kids skills to say, "Hold on, I'm not going to be part of this shit. Fuck you, fuck you and fuck you -- I'm not doing it." And that's the hardest thing to say when you're a kid.

There's been a lot of buzz about Justin Timberlake in this movie -- it's his first big acting gig and people are wondering if he's going to be able to pull it off. What was it like having him around on set and working with him?

Really, really cool. He and I get along really well. He's a talented kid, but he's kind of self-deprecating, like me. I really truly believe the kid has been working for so long and has been a professional for so long that he understands that the more work you put into your preparation the better things are in the end result. He did a lot of work -- he pretends like it all comes naturally to him, but it doesn't. He's blessed with a very, very watchable quality ... I don't care what anybody says -- the kid's got a future!

Listen to the entire interview with Nick Cassavetes here.