A long deliberation, an immediate escalation

After two months of "listening," the president's plan looks a lot like the one with which he started. 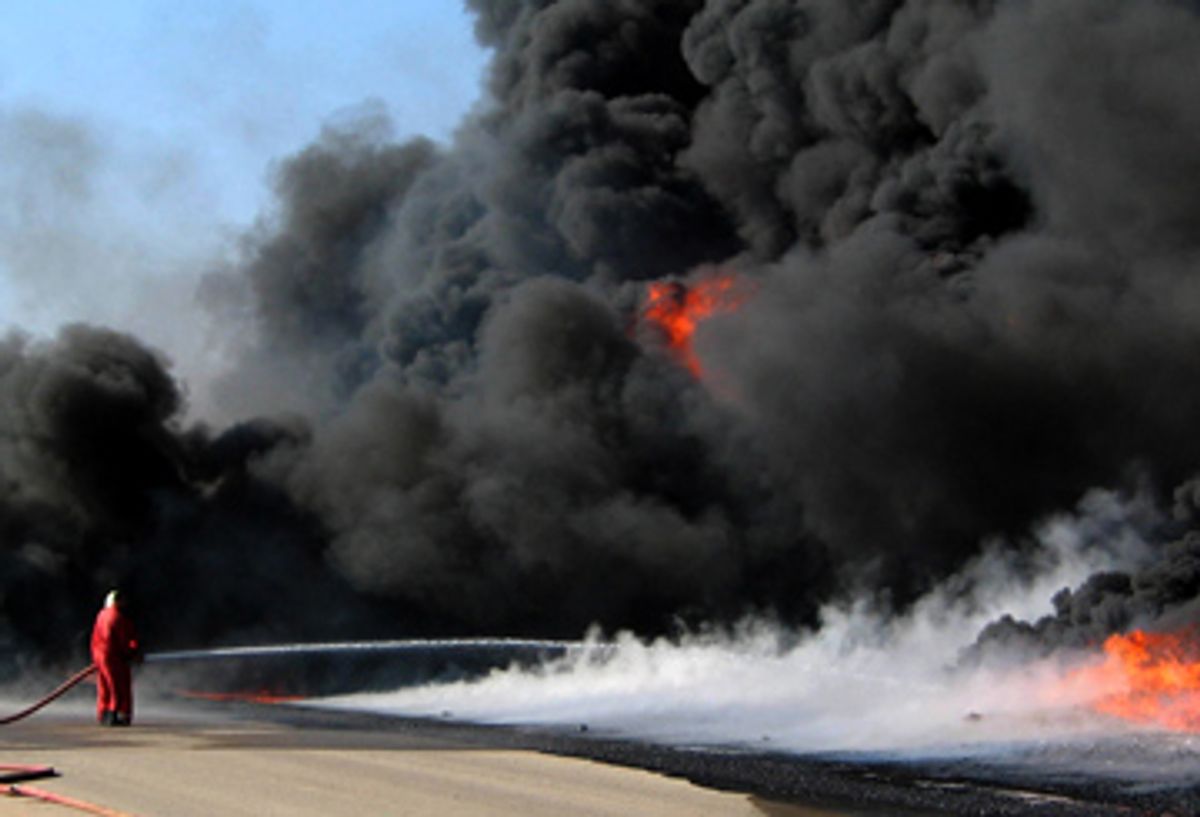 For the better part of the last two months, the White House has told the story of a president deep in thought about the new way forward in Iraq. As nearly 200 more U.S. soldiers died in Iraq, George W. Bush met with his national security advisors, met with his generals, met with Nouri al-Maliki, met with Tariq al-Hashemi, met with Abdul Aziz al-Hakim, met with State Department officials, met with the Joint Chiefs of Staff, met with members of Congress, met with Tony Blair, met with members of Iraq Study Group. The president spent a lot of time "consulting," "listening," "deliberating," "considering all options" and "drawing from a variety of sources."

And then, as the Washington Post reports this morning, he laid out a plan that bears an extraordinarily strong resemblance to the one his national security advisor laid out in a memo distributed to Bush's Cabinet even before the public strategy review began.

A White House official acknowledges that many elements of the new Bush strategy were set forth in a memo Stephen Hadley sent to the Cabinet on Nov. 8, but the official insisted that this doesn't mean that the new Bush plan isn't new. "When we say the strategy is new, we mean we -- us and the Iraqis -- weren't doing it before, say, Nov. 7," the official told the Post. "We don't mean no one thought of it before that date."

Fair enough. But what does this say about the president's two-month-long listening tour? Was it necessary? Was it real? Or was it simply a charade designed to buy time and make it look like the new plan is some sort of carefully crafted compromise when, in fact, it's a rather complete repudiation of the advice Bush received from the Iraq Study Group, from his own generals, from Iraqi leaders and from any number of others?

The president said last night that members of his national security team will now "fully brief Congress on our new strategy" -- Condoleezza Rice appears before the Senate Foreign Relations Committee this morning -- and that "if members have improvements that can be made, we will make them." But the truth is, Bush is already implementing the plan he has taken two months to announce. As ABC News reported last night, nearly 100 additional U.S. troops arrived in Baghdad Wednesday. Nearly 1,000 more will arrive today.

If members of Congress think Bush is going to give them the same sort of time for "deliberation" that he took, they'd better think again. And if they have any hope of walking the tightrope they may need to walk politically -- that is, blocking funds for sending more troops but continuing to fund the troops already on the ground -- they're going to have to start walking today. Otherwise, Bush will have pulled off his escalation -- the one his administration has planned since at least Nov. 8 -- before Congress has time to do a thing about it.