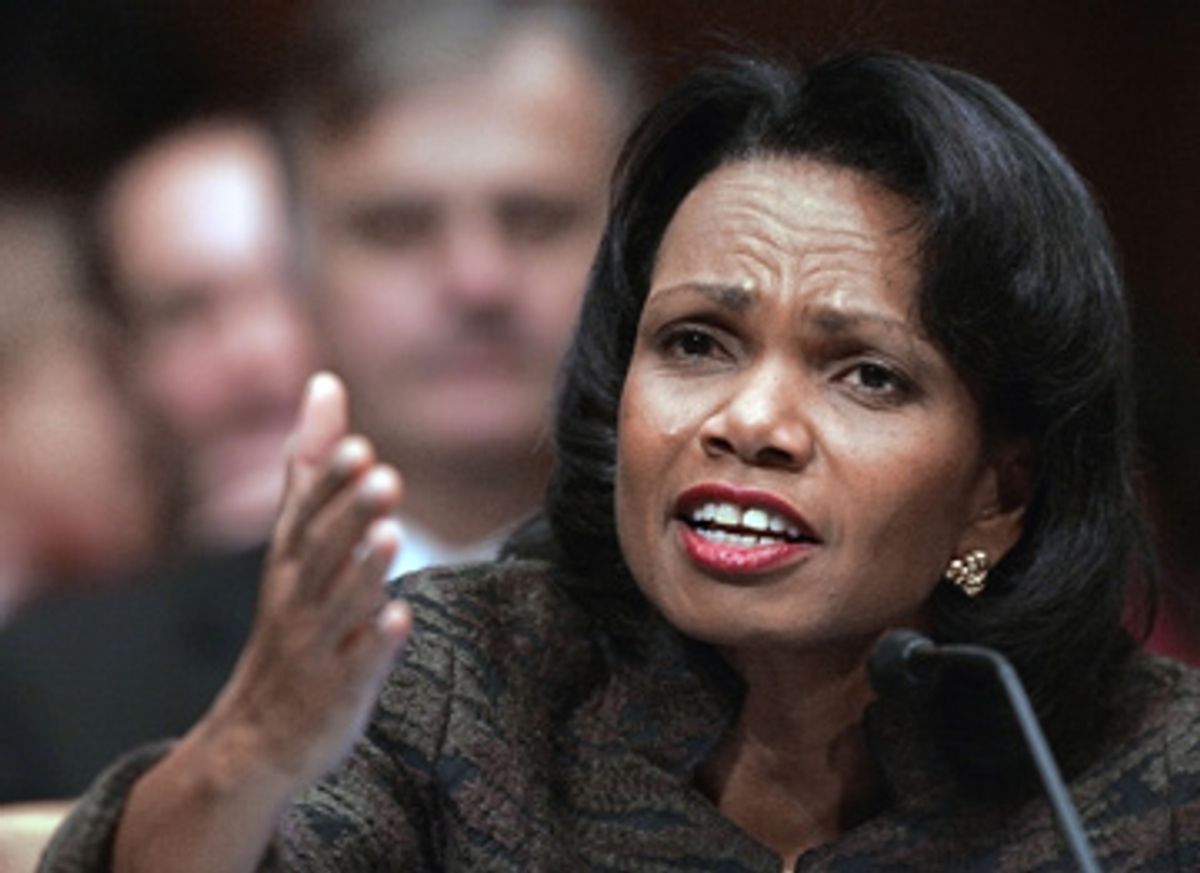 If George W. Bush looked shaken and wan as he described his "new way forward" in Iraq last night, Condoleezza Rice this morning seems to be suffering a hangover from that same sorry party. Even as she tells the Senate Foreign Relations Committee that she has confidence in Iraqi Prime Minister Nouri al-Maliki and is in "full agreement" with the president's new strategy, Rice shows none of the swagger and bravado that marked the first six years of the Bush administration. Her expression is dour. Her voice is wavering. And when senators ask her questions, the secretary of state doesn't have much in the way of answers.

How long will the president's troop escalation last? Rice says she can't offer a "timetable" but wants everyone to have an "image" that Iraqis are taking the lead. Does Bush have constitutional authority to engage in military actions in Iran or Syria? Rice says she doesn't want to express an opinion that might be seen as limiting Bush's power. Has the war in Iraq made the United States safer from al-Qaida? Rice dances around the question but never actually answers it.

How many troops does the administration expect to die as the result of its escalation? "I don't think there's any way to give you such an estimate," Rice says.

John Kerry just tried to get Rice to say what the Bush administration will do if the Iraqis don't live up to their latest round of promises. Rice refused to deal with the question. "I don't think you go to Plan B," she told Kerry. "You work with Plan A. You give it the best possibility of success."

Republican Sen. Norm Coleman pushed the question again, but Rice simply changed the subject: America must send more troops to Iraq before the Maliki government starts performing, she said, because Baghdad will descend too far into chaos if the United States waits much longer.

That's not the question anybody asked, but "send more troops" seems to be the only answer that Rice and her president have to give.