The president's speech, and the questions he didn't answer

Which Iraqis will fight? How long will Americans stay? Who will pay for it all? 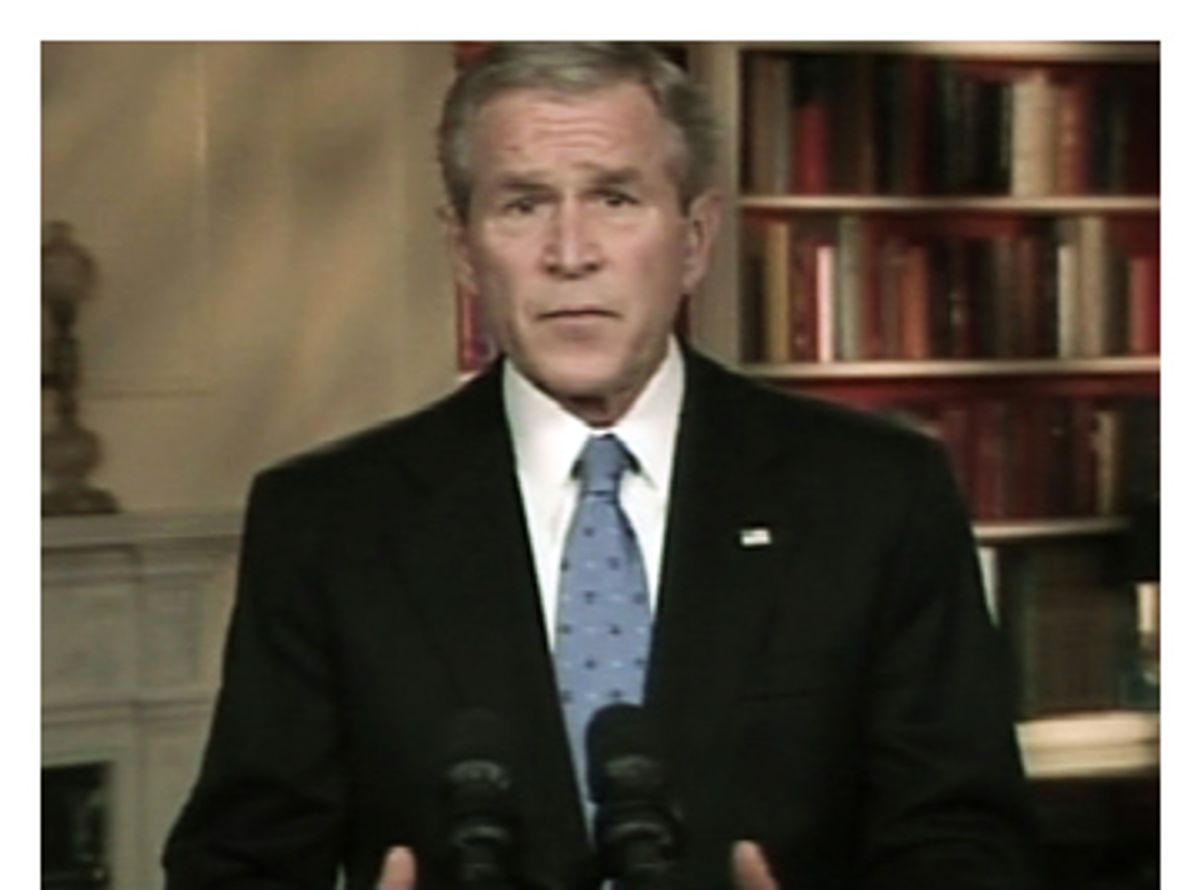 The Iraqis: The president said that the Iraqi government will deploy 18 Iraqi Army and Iraqi National Guard brigades across Baghdad. There are about a thousand troops in each brigade; 18 brigades would therefore represent something like 18,000 Iraqi forces. But in its latest report on conditions in Iraq, the Brookings Institution says there are only about 10,000 "politically dependable" Iraqi security forces in the entire country. Will the Iraqis somehow come up with an additional 8,000 or so competent and cooperative troops, or will they simply rely on ones who have yet to prove themselves or who have already proved themselves to be unreliable?

The new Baghdad security plan: Even assuming that there are enough Iraqi troops to work with the additional troops Bush plans to send -- and assuming, moreover, that the combined U.S.-Iraqi forces are successful in clearing insurgents out of the neighborhoods they patrol -- what happens next? The president said his new plan is different from his old plan because there will now be enough U.S. troops on hand to "hold the areas that have been cleared." But hold for how long? The Joint Chiefs of Staff have already told the president that they can't maintain his increased troop levels for long. What happens when the extra U.S. troops have to leave? Why can't "the killers," as Bush called them, just return again, just like they did when American forces had to leave the areas before?

Nouri al-Maliki: In a classified memo written in November, Bush's national security advisor said that conditions on the ground in Iraq suggest that the country's prime minister is "either ignorant of what is going on, misrepresenting his intentions, or that his capabilities are not yet sufficient to turn his good intentions into action." But Bush's new plan turns almost entirely on his faith that Maliki will have both the power and the will to get things right this time around. Bush said that Maliki understands that Americans are running out of patience with his government, and he said -- entirely unequivocally -- that the Iraqi government will do all sorts of difficult things it hasn't done so far. In addition to implementing the third-time's-a-charm Baghdad security plan, Bush said the Iraqi legislature will adopt legislation to share oil revenues among all Iraqis, that the Iraqi government will spend $10 billion on reconstruction and infrastructure projects, that it will reform de-Baathification laws, that it will hold provincial elections this year, and that it will adopt a process for considering amendments to Iraq's Constitution. How can Bush be sure of what any sovereign nation and its legislature might do? Why should any of us believe that Maliki and his government will really do what Bush says that they will do this time?

The cost: The president said tonight that the year ahead will "demand more patience, sacrifice and resolve." He's certainly right when it comes to American soldiers and their families, but what about the American people? The president's war of choice has already cost about $360 billion, and the president has done everything in his power to prevent today's taxpayers from feeling any of that pain. The president's new plan will cost an additional $5.6 billion this year -- $5.6 billion on top of what the status quo will cost -- and the president once again said nothing about who will be paying the cost. The obvious conclusion: The financial sacrifice for the American people won't come in the "year ahead," but sometime long after George W. Bush is resting comfortably back in Crawford, Texas.