Bush cries for a fallen soldier. The people say: Don't send any more. 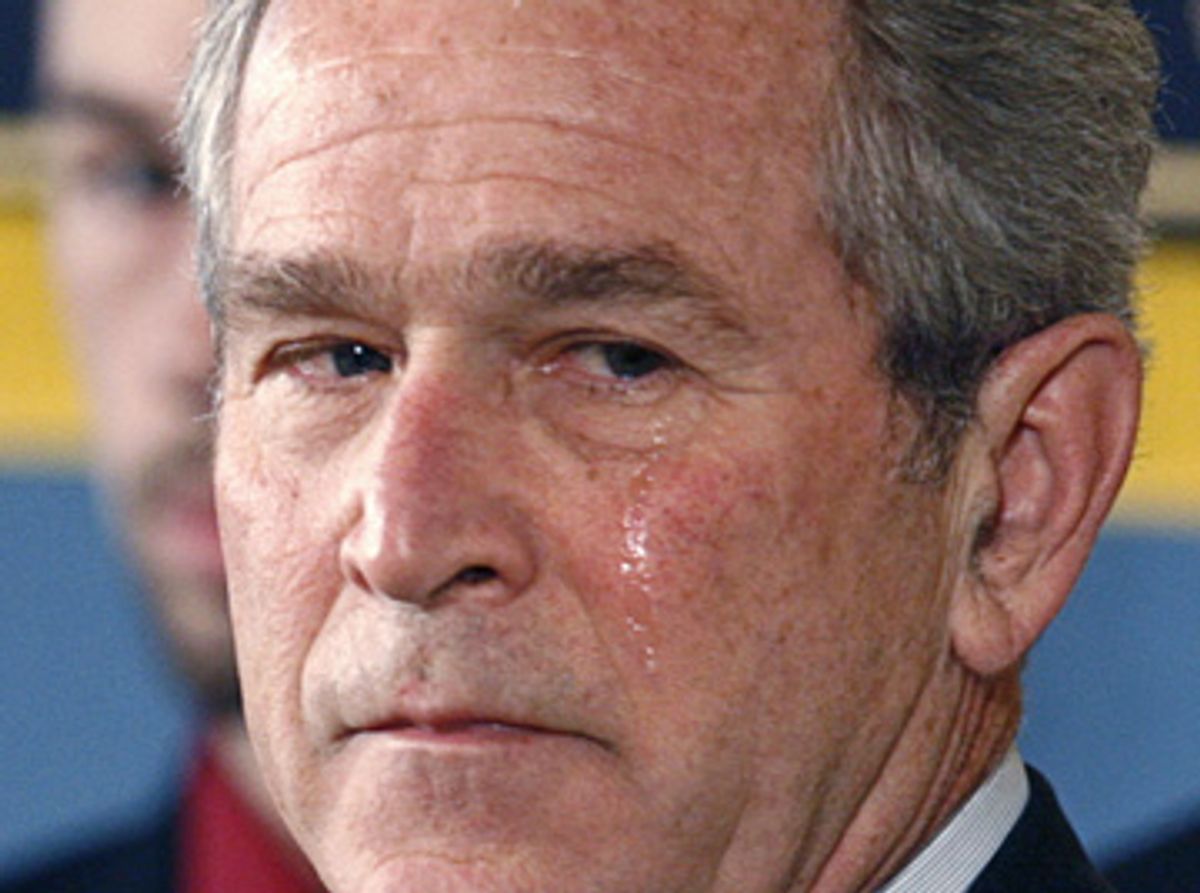 The headlines ran back to back on Taegan Goddard's Political Wire: "Bush Sheds a Tear" and "Bush Hits New Low."

No one was suggesting that the president had hit a new low by crying as he awarded a posthumous Medal of Honor to Marine Cpl. Jason Dunham, who died after taking a grenade for his men in Iraq in 2004. But the two stories weren't exactly unrelated, either. The "new low" in question is Bush's approval rating in the latest AP/Ipsos poll: 32 percent, or the lowest number the poll has ever recorded for this president.

The primary cause of Americans' unhappiness with Bush is Iraq, of course. Only 35 percent of Americans now believe that their country made the right decision in going to war in Iraq, and 70 percent of them oppose sending any more troops to fight in that war now.

Cpl. Dunham was a hero. He earned the Medal of Honor, the president's tears and everything else this nation could possibly give his family now. But Americans have sent a clear message to Washington. We don't want to send any more heroes to Iraq, and we want to begin the process of bringing home the ones who are already there.

Ten more U.S. soldiers have been killed in Iraq this week.