There's more than magical realism in the literature of this beautiful and still very dangerous country. 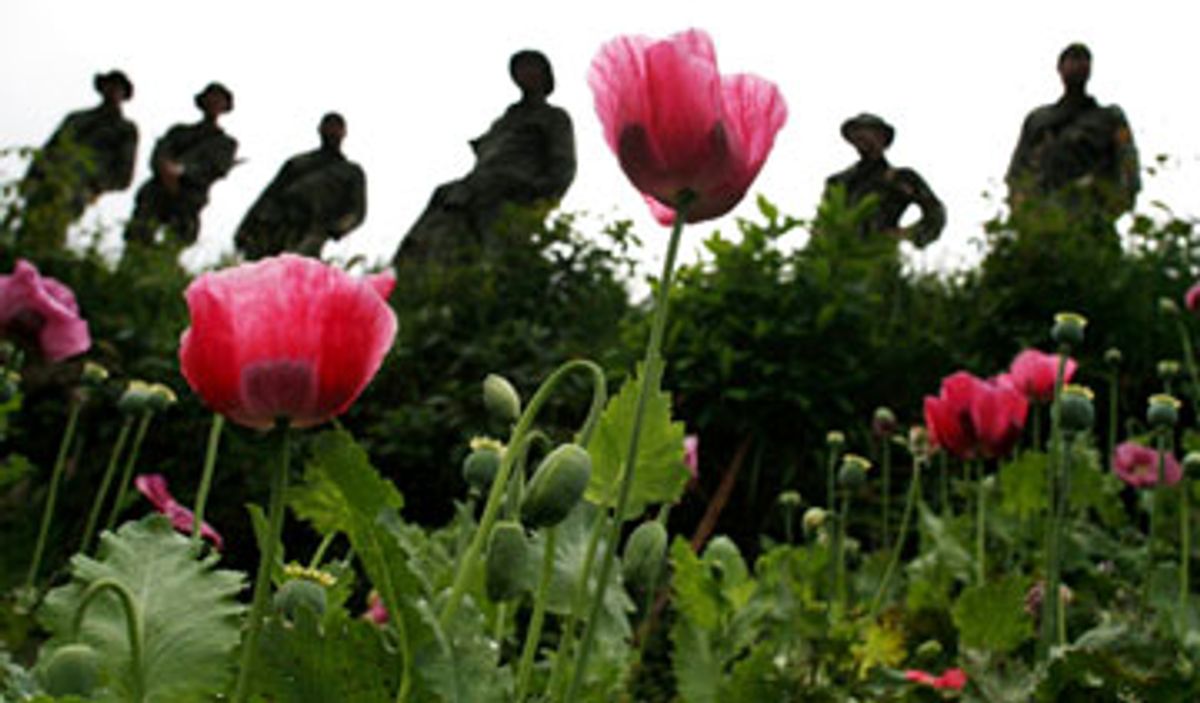 Pedestrians in Colombia are warned to look both ways before crossing a one-way street. The advice encapsulates not just this fragile country's lawlessness and disorder, but the slapstick, deeply ironic and often resigned dark humor of a people both tormented and exceptionally resilient. A second saying in Colombia holds, "Como nacimos en cueros, todo lo demás es ganancia," which translates roughly to "Since we were born buck naked, everything else is the takings."

Last winter, in a long travel piece, the New York Times finally allowed that "there are now a few safe pockets [of Colombia] beginning to attract foreigners." That's an optimistic view of what is at least an off-the-beaten-path destination, permanently listed in State Department travel warnings. Colombia is still cruel, and the drug war -- remember? -- refuses to be won, as leftist, right-wing and military armed conflict enters its fifth decade. The Lonely Planet guide, which used to be called a "travel survival kit," has simply excised the chapter on the Eastern Plains, as if the huge, parched cowboy grasslands had sunk away into the Amazon. Is it safe? As a friend used to put it: "I'd go, but I'd never take responsibility for recommending it to someone else."

The 1982 Nobel laureate, Gabriel García Márquez, might agree: He keeps residences in Colombia but hasn't lived there since beginning what his Nobel biography describes as "a more or less compulsory exile," mainly in Mexico City. Regardless, Gabo, as he is known in Colombia, remains the colossus of Colombian letters. No one comes close to his totemic status; any publication, comment or political action by Gabo wherever he is garners celebrity-level notice at home. Because passions run high around so great an author, and because Gabo's attentions have been focused on the rural and political past of his country, nothing in his oeuvre is irrelevant. But if you're new to García Márquez, try "Love in the Time of Cholera" (1988) to understand how the Magdalena River slices through the middle of Colombia's heart. If you've covered the classics of magical realism already, pick up "News of a Kidnapping" (1996) to appreciate the way the Colombian psyche absorbs, and dissipates the effects of, its seemingly endemic violence.

Of translated Colombians, only Laura Restrepo -- like García Márquez, a prizewinner and journalist -- continues to write as a magical realist: news reinvented as timeless romance by encasing specific, reported detail in a "years ago and far away" frame. This method works well in "A Tale of the Dispossessed" (2001), a precious, short love story between three of the estimated 3 million civil conflict refugees choking Colombian cities. Steinbeck's "The Grapes of Wrath," a larger tale of movement and waste, provides a fitting epigraph: "Strange things happen to people who are fleeing from terror ( ... ); some are cruel, and others are so beautiful that faith is renewed." Restrepo chronicles this faith, "the mad euphoria of being alive, so characteristic of this indescribable land," and her characters, though worn, often land on the side of beauty. "There's no country on earth as beautiful as this one," says the sheltering narrator. "No, there isn't," answers the dispossessed, "nor a more murderous one, either."

But it's a truism by now to say that magical realism, which rounded out the postwar writing that became known as the Latin American boom, is just honest reporting in a realm where absurdity reigns. To wit: A station in Bogotá's cherry-red articulated bus network has been christened "21 Angels" in memory of the schoolchildren who were crushed nearby under a falling hydraulic excavator. It's not magical realism, see, it's what actually happened: A flying steam shovel landed on top of a school bus, and 21 children who had nothing to do with war were transformed into angels.

That same urban transport system that has helped revitalize Bogotá also has several "Books to the Winds" automated kiosks, where straphangers can take and return free rider-friendly texts to read while being whisked across the sprawling Andean plateau the city continues to engulf at an alarming rate. Bogotá, where new public libraries have been designed by the country's best architects, is gearing up to be UNESCO's World Book Capital City in 2007, and an annual book fair in April has for two decades been the region's largest editorial and book-selling event -- your foreign passport gets you in free. Plan a January trip to Cartagena de Indias, Colombia's very safe Caribbean jewel, currently the set for a film version of "Love in the Time of Cholera," and you'll catch many of the writers listed here in the Guardian (U.K.) Hay Festival Cartagena, an annual weeklong literary fiesta: Pay $2 per event or splurge for a $20 pass to all 45 lectures, debates, readings and concerts, scuba gear not included.

Despite this support, book sales in Colombia are plagued by prohibitive local prices, pirates hawking hot texts on the street and the shadow of García Márquez. Post-Gabo writers don't have it easy in a place where "it is often a matter of life and death not to tell a single truth," as one of Restrepo's characters puts it. Two contemporary authors, Fernando Vallejo and Jorge Franco, both recently given high-profile English translations, explore an increasingly urban reality, as opposed to the rural, timeless and universal fantasy of the magical realists -- the young writers' stone to Gabo's Goliath. Vallejo, who lives in Mexico City, depicts in "Our Lady of the Assassins" (1994) a disillusioned returning writer in love with a series of young male assassins. Nothing sacred in Colombian society, from iconic liberator Simón Bolívar to the Roman Catholic Church, is spared Vallejo's ecstatic rage. "Colombia changes," laments the narrator, "but remains the same, this is the new face of the same old disaster."

It's no accident that Vallejo and Franco are both from Medellín, the regional capital that shepherded the first great drug lord and the thorny prosperity and scourges in his wake. (Read Mark Bowden's masterly, intricate "Killing Pablo" (2001) to grasp the fascination -- and the almighty dread -- "Don Pablo" Escobar continues to evoke for Colombians even 13 years after his death.) Medellín may be "wrapped in the arms of two mountain ranges," as it's described in Franco's "Rosario Tijeras" (1999), but there's nothing precious about the ferocity of the Colombian "barrio popular." Franco's young sophists, lacking formal education but superbly schooled in cruelty, observe with casual innocence events only readers can recognize as unjust. As Emilio, the lovelorn and slumming narrator, says, "We don't know how long our history is, but we can feel its weight." Rosario's last name, Scissors, is a sobriquet bestowed after one of many acts of violence against "being born to misfortune." In the book, a corpse gets shot (again) in his casket while another gets paraded around his favorite salsa bars. Franco, Vallejo and others writing in an urban noir vein defiantly turn over the decayed log of Colombian society to examine the activity underneath, seeking that combination of thrilling revulsion and incredulous wonder that Colombia seems so adept at provoking: extremes of terror and beauty.

Extremes that are reflected in a geography the size of France, more stunning and varied than war stories might suggest: two oceans, 51 protected parks (granted, some of them closed for "situations of public order"), 17,000-foot volcanoes you can drive up to provided they're not spewing, whale migrations, freshwater dolphins, thermal baths, a five-colored river, more than half of the world's high-altitude tropical tundra and the planet's greatest diversity of birds.

In fact, one of Colombia's finest books is the work of intrepid ornithologists. "A Guide to the Birds of Colombia" (1986), an 800-page tome with color plates to make Audubon weep, comes with the marvelously understated, "One note of caution. Several potentially productive areas may no longer be visited safely." And Appendix A, "Finding Birds in Colombia," offers a phrase that might apply as well to Colombian letters as to its fauna: "Despite the great diversity of birdlife in Colombia many of the more interesting species cannot be found readily without considerable knowledge of habitats and localities." But because it's Colombia, there's a complementary handbook, published by the Convention on International Trade of Endangered Species, given to park rangers and airport and port personnel, and spread around rural markets: a full-color guide to all the birds illegally bought and sold in paradise.