Lieberman: A surge of buyer's remorse?

Antiwar Connecticut voters find themselves with a pro-escalation senator -- and other Senate Democrats are scared to offend him. 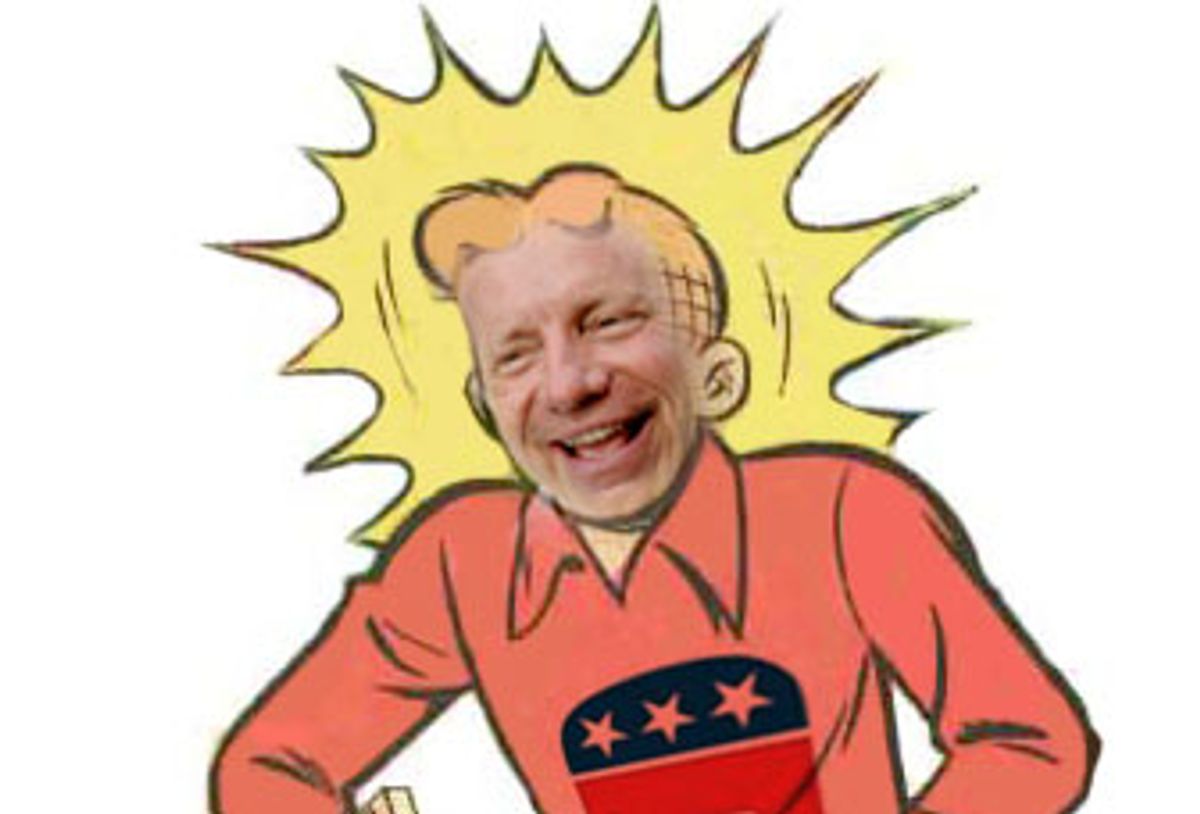 One day last week a grumpy citizen of Connecticut called my talk radio show and asked, half-seriously, if we could trade our senator, Joseph I. Lieberman, straight up to Nebraska for Chuck Hagel.

The caller's point was that we want a Democrat and they want a Republican; and even though each senator wears the opposite political label, when it comes to Iraq, Hagel sounds like a blue-state Democrat, while Lieberman has proven more loyal to President Bush than many Republicans have.

Tempers are little frayed here in Connecticut because our junior senator spent last summer fighting for his political survival by insisting, among other things, that the policies he supported would result in troop withdrawals. Lieberman said some American troops would be able to leave Iraq by the end of 2006, and more than half would be out by the end of 2007. According to exit polls on Nov. 7, more than 60 percent of Connecticut voters opposed the war in Iraq and/or favored withdrawal of some or all troops, and nearly four out of 10 of those antiwar voters supported Lieberman. Lieberman had barely digested the food from his victory party before he spun 180 degrees and added his voice to the "surge" chorus.

Hagel, meanwhile, has been firm about insisting that adding troops merely piles disaster on top of disaster.

On Sunday, the two men squared off on "Meet the Press" for an exchange in which Hagel gave Lieberman the kind of chewing out you'd direct at a kid with bad grades, a busted curfew and a serious dent on the family car.

Lieberman had just insisted that all alternatives to Bush's escalation amount to an advocacy of defeat. The enemy we're fighting, he said, is the same enemy who attacked us on 9/11. If we are defeated, he said, "the consequences for us -- and I want to be personal -- for my children and grandchildren will be disastrous."

You don't hear people talk to Lieberman like that very often. You especially don't hear Senate Democrats do it. They don't dare, because he's their Archie. Let me explain.

People who don't like Joe Lieberman are forever comparing him to this or that pop culture figure. Two favorites are Supreme Chancellor Palpatine from the "Star Wars" movies, because of his fishy smile and his defection to the dark side, and Max Wright, the actor with the high forehead and quavering drone who played the father on the series "Alf."

Ever since his November victory over Ned Lamont, however, Lieberman has reminded me more and more of another pop icon, Archie Andrews. Archie, the eternal senior at Riverdale High School, will be forever defined as a feckless seesaw tipping back and forth between Betty and Veronica.

Betty Cooper is a middle-class, populist dreamer. Veronica Lodge is an elitist plutocrat. Archie can't make up his mind which one represents the apex of his desires, although he leans toward Veronica.

Betty is a Democrat. Veronica is a Republican. Archie is a nebbish granted inexplicable power simply by his own inability to make a permanent choice.

In a nearly deadlocked Senate, being fickle means being powerful. After the election, Lieberman therefore advertised himself as the least reliable member of the Democratic caucus by insisting that he be listed by the secretary of the Senate as an "Independent Democrat." Last week, in a development noted by few, Lieberman's office admitted to Congressional Quarterly that the whole I.D. thing seemed not to be catching on, and that, if Lieberman had to choose one or the other, he'd rather be known as an Independent than as a Democrat.

C.Q., at least, reported that it is going to consider Lieberman an Independent from now on: "With Lieberman's latest shift, the Senate now has 49 Republicans and 49 Democrats, but the Democrats lay claim to the majority because both Lieberman and Vermont's Bernard Sanders -- who's never considered himself a Democrat -- continue to align themselves with the Democrats."

Lieberman continues to act more like an A -- Archie, that is. On the first Friday in January, he began the day with Betty, at an all-day retreat for Democratic senators. But, oops, Veronica crooked her finger, and Lieberman ducked out of the retreat to head uptown with Sen. John McCain for a joint appearance at the conservative American Enterprise Institute think tank, where Lieberman urged support of the president and a commitment to success in Iraq.

Desperate to appease Lieberman, lest he defect, the Democrats gave him the committee chairmanship he wanted, Homeland Security and Governmental Affairs. From his perch as ranking minority member in the last Congress, he staved off the charge from Lamont supporters that he was a Bush puppet with some tough talk about the White House failure to turn over relevant documents about its bumbled handling of the Katrina crisis.

At the end of last week, Newsweek reported that Lieberman had decided to back quietly away from requesting the missing Katrina documents. "The senator now intends to focus his attention on the future security of the American people and other matters and does not expect to revisit the White House's role in Katrina," a committee spokeswoman told Newsweek.

This news followed the president's Wednesday night speech in which he mentioned the names of three people -- the prime minister of Iraq, his own secretary of state and Lieberman -- to whom he blew a verbal (this time) kiss for inspiring the idea of a bipartisan Iraq work group. No other relevant Democrat wants to be part of the group.

It's not surprising that Lieberman is feeling Veronica's pull. His own party chose Lamont in its primary. Connecticut's other senator, Chris Dodd, made a commercial for Lamont, and Ted Kennedy stumped the state with the Nedheads. During the heat of the campaign, the kind words Lieberman heard came from Bush, from Vice President Dick Cheney, from Karl Rove, from paleo-con pundits like Rush Limbaugh and Sean Hannity. GOP donors took the hint. The Hartford Courant and the New York Times did extensive reporting on the money flowing to Lieberman from Republican sources. Not many Democrats have ever nicked Bill Kristol for $500 before. Who loves you, baby? The latest analysis on the site OpenSecrets.org shows 80 percent of Lieberman's campaign money coming from outside Connecticut, which is very unusual for an incumbent senator in a densely populated, wealthy state.

What is surprising is the loneliness of Lieberman's current stance. He made a career out of testing the waters pretty carefully. Even his most celebrated maverick moment, the denunciation of Bill Clinton in September 1998, was a pretty secure position.

"I was disappointed," said Lieberman on the Senate floor, "because the president of the United States had just confessed to engaging in an extramarital affair with a young woman in his employ and to willfully deceiving the nation about his conduct."

He went on to call the conduct immoral and to say Clinton should have addressed it with candor. Really. You think?

In this case, Lieberman seems not to have understood what a sharp turn public opinion was taking. A recent AP-Ipsos poll showed 70 percent opposition to the troop surge and only 29 percent supporting Bush's handling of the war.

These days, I assume Lieberman drifts blissfully off to sleep picturing ecstatic crowds screeching as a historic McCain-Lieberman "fusion" ticket is announced. Lieberman turns 65 next month. I doubt very much he'll run for Senate again at the age of 70, but I think he'd leap at a chance to run with McCain or to serve prominently in the next White House, an opportunity he will not have if a Democrat wins. Lieberman has proven to be a man of considerable vanity and ambition, and his best chance to slake those thirsts now seems to be, as Democrats turn away from him, at the Republican trough.

Unless Chuck Hagel punches him out first.