Tom Schaller's Salon piece attacking the DLC and Harold Ford reveals that he understands neither the organization nor its chairman-to-be. 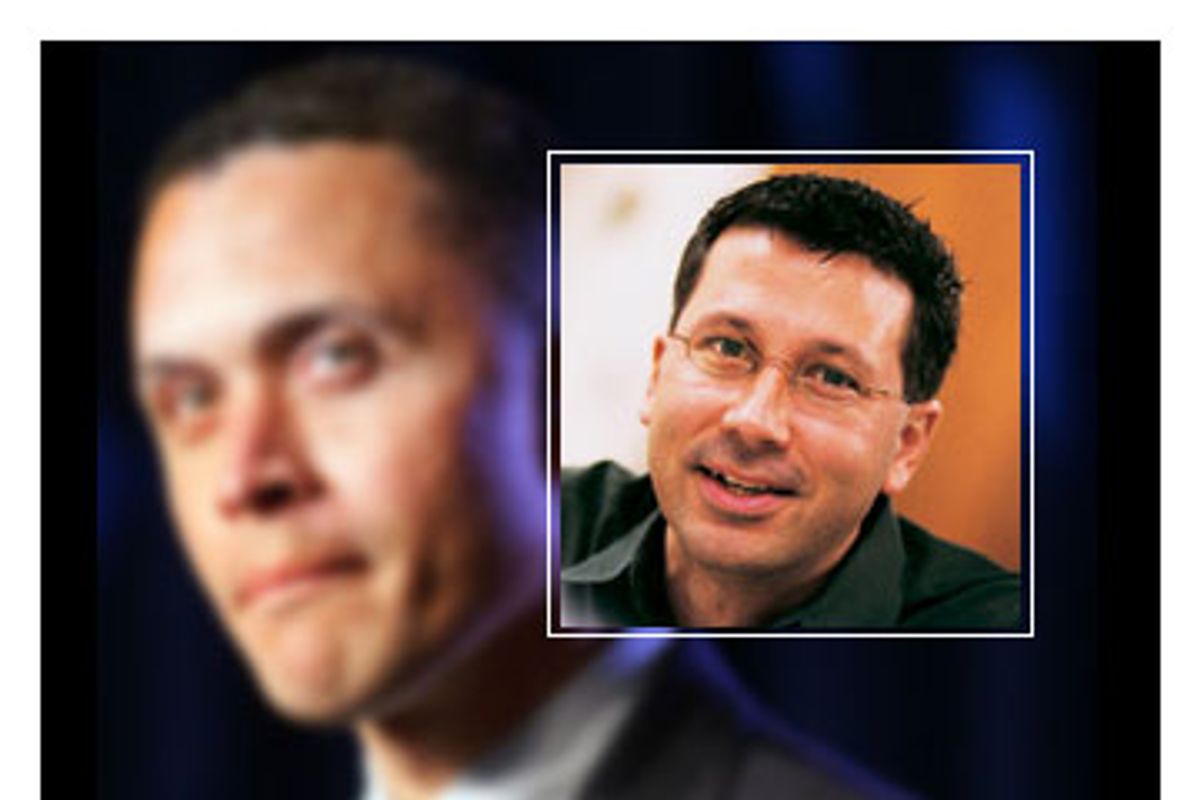 When you are a hammer, the saying goes, everything looks like a nail. So it is with Tom Schaller, whose current mission in life is to persuade Democrats to eschew and even attack the "reactionary" South. It's not surprising, then, that Schaller looks at Harold Ford, an African-American former congressman slated to become chairman of the Democratic Leadership Council, and sees just another reactionary Southerner.

Schaller's oddly polemical piece in Salon on Ford and the DLC overlooks lots of things about its twin targets. To Schaller, Ford's near-miss Senate campaign in Tennessee last year was all about "pandering" -- to gay haters, to racists and to those terrible people who love Jesus, "rebuking and thus [sic!] affirming almost every cultural trope Republicans deploy to vilify Democrats." Schaller is not talking about the actual Ford campaign, which for the most part projected a "change" message focused on restoring fiscal responsibility, reducing healthcare costs, achieving energy independence, changing course in Iraq, etc., etc. -- pretty much what all Democrats in every region were talking about. And far from being a "conservative," Ford has done things no conservative would imagine, like voting against the original Patriot Act and driving around on the campaign trail in a biodiesel-fueled car. But it's what Ford said, or failed to say, about a race-baiting television commercial near the end of the campaign that really caught Schaller's attention. And it's revealing that Schaller views Ford as perpetrator rather than victim in this exchange -- just another atavistic Southerner caught up in atavistic Southern culture.

His view of the Democratic Leadership Council is equally superficial. Founded, Schaller says, to move "Democrats rightward in order to pacify the party's fading Southern wing" (which is why, of course, Dick Gephardt was its first chairman), the DLC is devoted to "bipartisan, triangulating" politics. You'd think a man of Schaller's formidable research skills would have bothered to spend about 15 minutes on the DLC Web site checking out what the organization has actually been up to in recent years: mainly a vast and wonky set of policy proposals on national security, globalization, healthcare, education, tax policy, and on and on, supplemented by repeated and interminable and redundant attacks on the extremism and incompetence of the Bush administration and the latter-day GOP. Ten more minutes or so of heavy research might have informed him that far from being some sort of Southern "conservative" redoubt, the DLC's national political network has involved Democrats ranging from Martin O'Malley to Janet Napolitano to Gavin Newsom to Bill Richardson to that well-known Southern conservative, Hillary Rodham Clinton. It also includes hundreds of state legislators and municipal officials from around the country.

The real core of Schaller's take on the DLC -- and more circumspectly, the Clintons -- is that these centrists are "increasingly out of step with the zeitgeist," as evidenced by the 2006 elections, which "settled the dispute" in intraparty debates between hyperpartisan counterpolarizing progressives and Bill Clinton's "fence-straddling 'third way.'" Well, that's one way of looking at the 2006 results. Another way is to suggest that voters were repudiating the hyperpartisan, polarizing extremism of the GOP, and hope Democrats can produce better results -- you know, like Bill Clinton did.

And it's in contextualizing the Clinton tradition that Schaller really shows some myopia. His Salon essay concludes with a long passage comparing Clinton to Grover Cleveland and the DLC to the "Bourbon Democrats" Cleveland led. How so? Like Cleveland, Clinton temporarily staved off a Republican ascendancy through his willingness to "accede to Republicans on key policies," most notably Clinton's pro-open-trade position, which Schaller compares to Cleveland's support for the gold standard. And just as Democrats had to repudiate Cleveland to build a progressive majority, Schaller strongly implies, so too do Democrats today have to repudiate Clinton.

In reality, far from being a "Republican" position, support for open trade has been championed by every Democratic president since Martin Van Buren, and was a particular passion for those progressive leaders who succeeded Cleveland, most especially William Jennings Bryan and Franklin Roosevelt. And let's all profoundly hope that Schaller's analogy is false prophecy, since by his own accounting it took Democrats more than 30 years to build that progressive majority after rejecting the "Bourbons."

But more immediately, it's Schaller's breezy willingness to consign the Clinton tradition to the dustbin of history that makes his essay something more disturbing than just a paint-by-the-numbers hit job on the DLC, guaranteed to win applause in those progressive precincts where the organization enjoys the obsessive boogeyman status some conservatives used to give the Trilateral Commission.

Last time I checked, Bill Clinton was enjoying a stronger-than-ever rock star status among actual rank-and-file Democrats; virtually everyone hungers and thirsts for a restoration in the party of his political skills and policy acumen, and his wife isn't the only potential presidential candidate who tries to appeal to that desire. If Grover Cleveland ever packed 'em in at party events after his presidency, the historical record is silent about it. So Schaller is writing a premature obituary.

I don't know what the future holds for Harold Ford, for the Clinton tradition in the Democratic Party, or for the DLC. Neither does Tom Schaller.

But it might make sense for Democrats generally to remain open to what party "centrists" offer in the way of policy ideas and political analysis.

As the subtitle of a column by Harold Myerson (no triangulating centrist, he) put it last August: "In style and substance, Harold Ford Jr. channels Bill Clinton." Anyone who looks at Harold Ford and somehow sees the resurrection of the Dixiecrats needs to look again.