Jim Webb and the politics of the military

Why Virginia's new senator sent a message about why people serve. 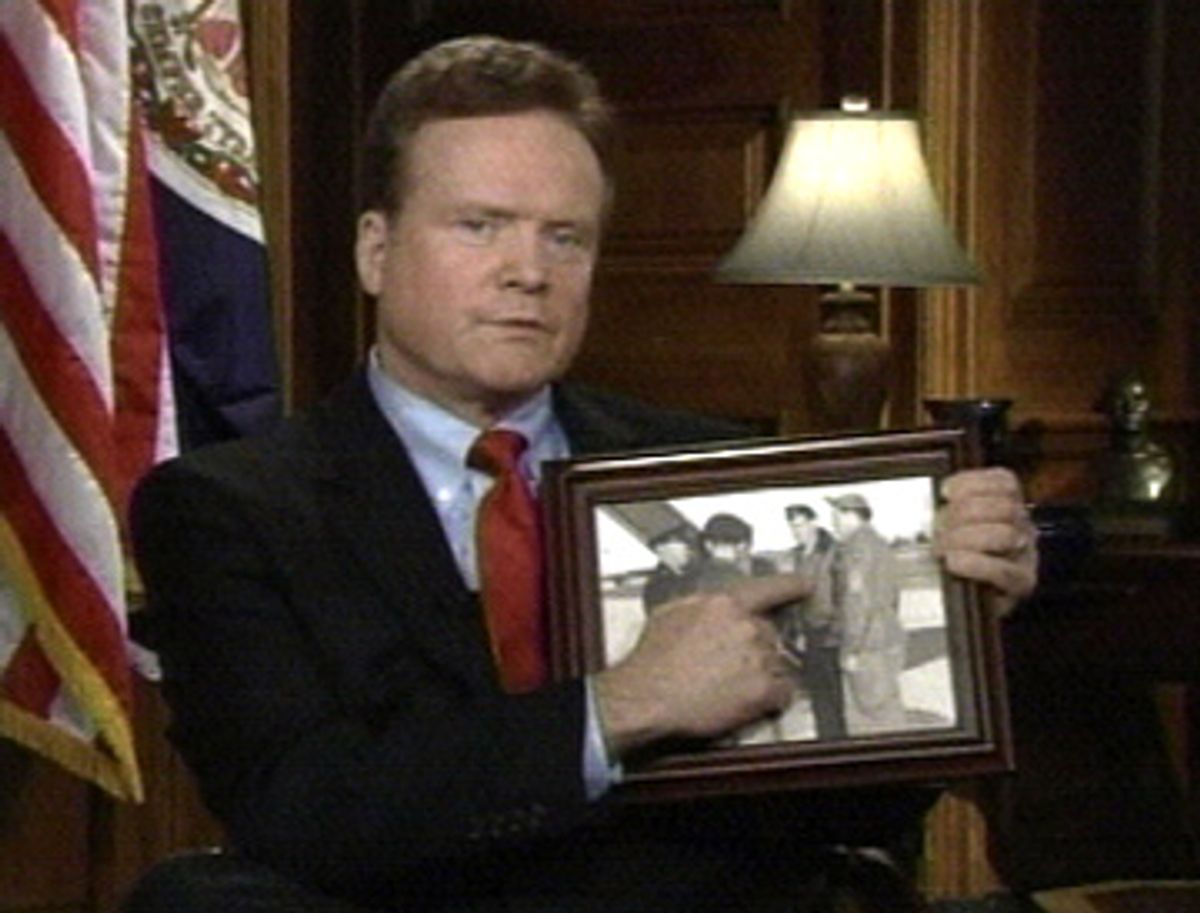 Toward the end of the Democratic response to George W. Bush's State of the Union address last night, Jim Webb said that he and members of his family have served in the U.S. military "not for political reasons, but because we love our country." It was a not-so-subtle reminder that Bush seems to have lost the military on the war, but it was something else, too: Webb's personal rejoinder to those who would use a soldier's commitment to duty as proof of his support for the president's policies.

The comment seems to have come straight out of something that happened when Defense Secretary Robert Gates and Joint Chiefs chairman Peter Pace appeared before the Senate Armed Services Committee earlier this month. Trying desperately to shore up support for the president's conduct of the war, Republican Sen. Lindsey Graham walked Pace through a series of leading questions about Iraq. Graham asked Pace if reenlistment rates were high among those who have served in Iraq. Pace said they were. "Why is that so? Why is that so?" Graham asked. "I think several reasons," Pace said. "First of all, and most fundamentally, they believe in the mission they've been given. And second, and also fundamentally, they believe that the American people support them in their mission and support them as military." Graham, looking for even more, asked: "Do they believe their mission is directly related to the security of their own children and grandchildren?" Pace responded, "Absolutely, sir."

Webb was up next -- it was his first chance to speak as a member of the Armed Services Committee -- and he couldn't let the matter stand. After a few welcoming words to Gates and Pace, Webb interrupted himself and said: "General Pace, I wasn't going to say this, but I want to say something, just my own little interjection here, on the reenlistment rates and why people serve. You know, I come from a family that's spent a lot of time in the military generationally, and I think it's fair to say that in my experience people rarely enlist for political reasons -- rarely serve for political reasons. They serve because they love their country, they serve because they have a family tradition, they serve for camaraderie. And so I don't agree with the characterization that preceded me on that ... There are people who are serving because of the political mission, but there are people who perhaps even in spite of the political mission are serving."

Pace backpedaled. "I absolutely agree with the fundamental things that you said about the reason why people join the armed forces," he told Webb a few minutes later. "They do not serve for a political purpose, and we strive very hard and mightily to not have political affiliations. So I want to make sure that I align myself with you -- with what you said."

Webb said he appreciated the retraction and made it clear that Pace wasn't the real target of his anger, anyway. "This was more, in my view, an attempt to clarify a series of leading questions that were being put to you by my predecessor, because it's very important, I think ... for people to understand that it's rare, in my view, that people decide to serve purely for some political reason, whatever the issue is ... We become, sort of, the stewards of their service, as a result, because we are the political entity here."