Rupert Everett's autobiography serves up plenty of Hollywood dish -- but even the the tastiest bits can't cover the bitterness of a fading career. 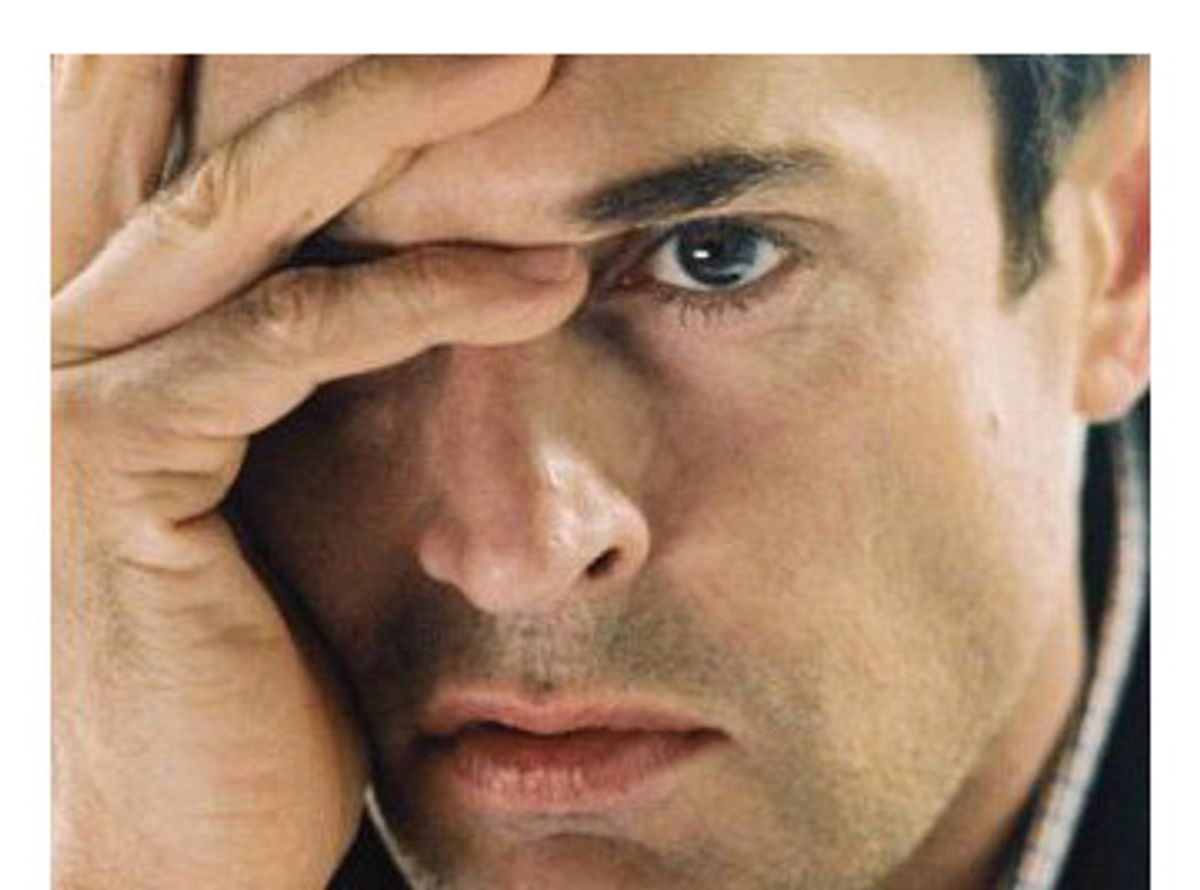 Poor Rupert Everett. Of all the stars to come out in the 1990s, he and Ellen DeGeneres were the biggest. Sure, there was Melissa Etheridge, who announced she was gay in 1993, and probably a few others whom I can't remember. But when I look back at that seminal decade of "don't ask, don't tell," protease inhibitors and "Will & Grace," the twin queer revelations in 1997 of DeGeneres, via her eponymous sitcom, and Everett, as Julia Roberts' gay best friend in "My Best Friend's Wedding," stand out as the most significant. (Although Everett had technically come out years earlier, it wasn't until that art-imitating-life moment in the hit romantic comedy that his sexuality really registered with the public.) For the LGBT community, it seemed like progress -- the very thing that advocacy groups like GLAAD were founded to achieve: visibility.

But fast-forward 10 years. While DeGeneres has never been more popular -- she's host of her own talk show, not to mention the upcoming Oscars telecast -- Everett has basically fallen off the radar screen. Save for a high-profile starring role as a gay dad opposite Madonna in 2000's "The Next Best Thing" (and we all know what a disaster that was) and the occasional piece of fashion writing for a Condé Nast glossy, he's done nothing memorable at all -- although you may have heard his English accent as the voice of Prince Charming in "Shrek 2." When that's your biggest credit, you know you have problems.

So in what's presumably an attempt to reverse -- or at least pause -- his career slide in a way that his agent apparently can't, Everett has written an autobiography, "Red Carpets and Other Banana Skins," that assesses the highs and lows of his life. And yet, the obvious question: a book? Do they even read those in Hollywood, where literature comes in the form of adapted screenplays? Rupert, baby, how did it come to this?

Regrettably, his book doesn't say. Nor does it express anything really, aside from a slightly acid view of life in the fast lane of celebrity. A breezy read filled with bons mots ("Like most young people in LA, she divided her time between AA meetings, acting classes, and aerobics," he observes of one random '80s Tinseltown scenester he shared an apartment with for a time) and, natch, scores of boldfaced names, "Red Carpets" is also an enigmatic entertainment of the most frustrating kind, a flashy exterior with no engine under the hood -- especially when it comes to his sexuality. In a day and age when being an openly gay celebrity is as difficult as it ever was -- witness the quasi-torturous comings out of Lance Bass, Neil Patrick Harris and "Grey's Anatomy's" T. R. Knight in 2006 -- Everett offers no insight whatsoever into the peculiar dynamics of the public closet and the consequences of breaking free of it.

Indeed, in all of its 406 pages, the book doesn't even mention the fact that the author came out (in a press interview) in 1989 -- presumably the single most important moment in his professional life. Nor does it dwell, for that matter, on his actual relationships with men, at one point summing up years of romantic experience with the throwaway line, "I had affairs with a volleyball player, an actor, and a hooker." And while he does spend appreciably more time reminiscing about his eight-year relationship with a bartender he met in Miami's South Beach, overall Everett practices the distinct art of personal "covering" (to borrow Kenji Yoshino's term) that all out stars seem to traffic in these days. Witness DeGeneres, who almost never talks about her relationship with Portia DeRossi on her show, or anywhere else. Don't ask, don't tell indeed.

So instead of offering up the dirt that everyone really wants, "Red Carpets" prefers to dish in the most superficial way possible. The narrative flits from the author's well-to-do upbringing in England by parents who indulged his proto-gay artsy-fartsiness (he used to sit on a backyard swing as a child "in my red tweed skirt and black slip-on plimsolls, for hours on end, humming the hits I was learning from my new Mary Poppins LP") to his stint at London's Central School of Speech and Drama (where he was expelled for unruliness) to, shortly thereafter, his West End stage debut in "Another Country," in which he assayed the lead role of a closeted 17-year-old student (a foreshadowing of things to come). It chronicles his early forays in Hollywood, his short-lived career as a singer -- his single debuted at No. 115 on the British charts -- and the yearlong production in Russia of an Italian miniseries that never aired. Everything is relayed in a carefree this-happened-and-then-this-happened style, as if the events of his life were one long run-on sentence.

Yet, like any good celebrity memoir, it drops names: Orson Welles, Rudolf Nureyev, Andy Warhol, Mick Jagger, Julie Andrews, Susan Sarandon (whom Everett lived with in London for a brief period -- who knew?!), Liz Taylor, Tony Richardson, Tina Chow, Ingrid Casares, Helmut Newton, Donatella Versace ... the list goes on endlessly. Sharon Stone, with whom he costarred in 2002 in the straight-to-Blockbuster classic "A Different Loyalty," comes in for special scorn in one delicious chapter. "[A]t dinner with Sharon early in the rehearsal period," he remembers, "I realized something that had hitherto escaped me. She was utterly unhinged." Later, during a ridiculous sex scene, she tells him, "I can turn a gay man straight in five minutes!"

Oh, right, the gay thing. There it is again. And again. And again. And Everett always demurs. Perhaps he thinks he said enough in a 2005 Newsweek interview in which he opined that coming out "was a mistake if you really want to have a career in show business. I think I would have thought twice about coming out in show business knowing what I know now. But I wanted to go out and if you go out you can't be dancing in a club with your shirt off and then pretend you're married. It wouldn't work."

That's the Catch-22, really, at the heart of "Red Carpets." Although Everett seems to want to project a predictably glittery vision of celeb-reality, a sad, almost haunted, tone lurks constantly underneath, as if he's mourning the decline of his career, memorializing the good times and wondering what might have been. That feeling is especially evident in a series of chapters toward the end of the book about the making -- and the negative reception -- of "The Next Best Thing," which Everett insinuates was the cause of his downfall.

"The week after the release of 'My Best Friend's Wedding,' I was in the car with my new agent, Nick Styne, on my Evita tour of victory around the studios when Sherry Lansing called," he writes. "She had a film named 'The Next Best Thing.' It was a sickly script about a nasty humorless woman and her flubby gay best friend ... I turned it down flat. But it kept coming back, like a boomerang."

Lansing told him she would greenlight the movie if he took the part, though, and Everett's ego took over from there (in typical Hollywood fashion). Soon he was doing a rewrite of the script, getting his pal Madonna on board, and scouting locations with long-over-the-hill director John Schlesinger. "Omigod, the gay guy from that movie!" one woman screamed when the pair knocked on her door to inquire about using her house as a set. Everett's response: "This was my only identity now." It's not until the 70-year-old Schlesinger ends up in the hospital after a freak accident that the actor finally faces reality: "It was the beginning of the end for him, and for our film 'The Next Best Thing.'"

In Everett's account of the making of 'The Next Best Thing' and its critical and popular mauling -- "'Madonna Lays an Egg' was written in huge letters across the cover of the New York Post," he points out. "'Rupert's Mediocre Thing' said another" -- the reader can draw his own conclusions. After all, it doesn't take a rocket scientist to figure out that Everett's choice of roles as, first, Julia's confidant, then Madonna's sperm donor, may have had, oh, just a little to do with his current troubles getting a decent acting job. (He told Time Out New York this month that he lost "tons" of gigs because he's gay.)

Being typecast as gay is every actor's worst nightmare, straight or gay, and against his better judgment, our narrator embraced it. Maybe that's why Bass, Harris and Knight have gone out of their way to avoid the scarlet letter Q (or F, depending on who their costar is). And maybe that's why Everett doesn't analyze his lot in life: The truth of being an openly gay star is so obvious, and so painful.

Sean Kennedy is the associate news editor for The Advocate. He ha written for New York, Time Out New York and Nerve.com.