Symbol of a timid Congress

Why I oppose the Warner-Levin compromise resolution on the Iraq war. 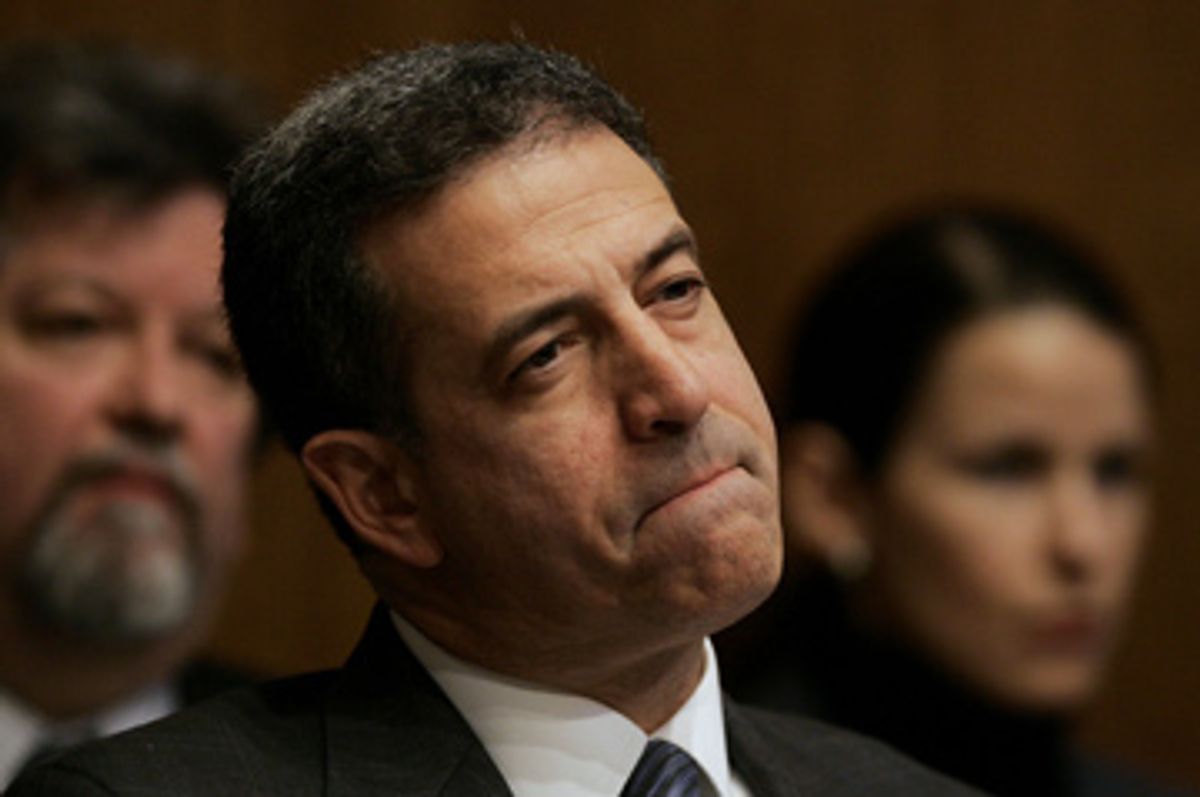 Congress is gearing up for a big Iraq debate next week. The Senate will take up the John Warner-Carl Levin resolution, which some are portraying as an important, symbolic rebuke of the president's Iraq policy. Symbols can be powerful, but only if they have substance behind them. Read the fine print of the resolution itself, and you will find that it is not a rebuke at all. In parts, it reads like a reauthorization of the war, rejecting troop redeployment and specifically authorizing "vigorous operations" in part of Iraq. This resolution isn't a symbolic rebuke of the president; instead it symbolizes a Congress that is too timid to challenge the president's failed Iraq policy.

Under the guise of constructive criticism, this resolution signs off on the president's policy of maintaining military operations in Iraq indefinitely. While a resolution like this might have been all you could expect from a Republican Congress, it hardly seems like the product of a Congress under new Democratic leadership.

After voters registered their opposition to the war last November, the new Congress was supposed to offer dramatic change. Instead, less than a month into this Congress, some members in both parties have rallied around a resolution that endorses the catastrophic status quo in Iraq.

Beyond a tepid disagreement with the president's "surge" strategy, this resolution does nothing to stop the escalation. It even rejects "any immediate reduction in, or withdrawal of, the present level of forces." For Congress to reject bringing troops out of Iraq, after almost four years of a disastrous policy, makes no sense. It ignores public outrage over the war and the need to address other pressing national security priorities. The American people recognize that there is no U.S. military solution to Iraq's civil war. And as long as we focus disproportionate attention and resources on Iraq, we will not be able to counter the full range of threats that we face around the world.

The resolution also fundamentally ignores the reality on the ground in Iraq. The resolution calls for continuing "vigorous operations in Anbar province, specifically for the purpose of combating an insurgency." This is a recipe for disaster. Al Anbar province is where a majority of U.S. troops have been killed in Iraq. The insurgency there, as well as general opposition to the U.S. presence and to the Shiite-dominated government in Baghdad, is fueled by the Sunnis' political and economic grievances. Conducting targeted missions to take out terrorists makes sense; using U.S. troops to put down an insurgency doesn't. Maintaining a substantial U.S. presence in a primarily Sunni area, without a political solution, means a continuation of our unending, and self-defeating, policies in Iraq.

Finally, the resolution tacitly rejects the idea of Congress using its power of the purse to safely redeploy our troops from Iraq. By warning against "the elimination or reduction of funds for troops in the field," the resolution embraces the same misleading rhetoric the White House uses to prevent any discussion of Congress' ending the war. Every member of Congress agrees that we must continue to support our troops and give them the resources and support they need. By setting a date after which funding for the war will be terminated -- as I have proposed -- Congress can safely bring our troops out of harm's way. As one leading legal expert, Walter Dellinger of Duke Law School, testified about my proposal:

Instead of allowing the president's failed policy to continue, Congress can and should use its power of the purse to end our involvement in the Iraq war, safely redeploying the troops while ensuring that important counterterrorism missions are still carried out.

We should be coming up with a strategy for post-occupation Iraq and the region that is squarely within the context of the global fight against al-Qaida. That means replacing a massive, unsustainable and unlimited military mission with a long-term strategy for mitigating the mess left behind by this war. With such a strategy, we can redirect substantially more resources and attention to the fight against al-Qaida and other international terrorist organizations.

While bipartisanship is a worthy goal, and symbols have their value, this resolution sacrifices far too much in the name of symbolism and compromise. As long as this president goes unchecked by Congress, our troops will remain needlessly at risk, and our national security will be compromised. This resolution fails to check the president, or to change his disastrous Iraq policy. It essentially authorizes the failed strategy that the American people rejected in November. For the sake of our troops, and for our national security, Congress should take real, binding steps to challenge the president's policy and bring our troops out of Iraq.