Like Mark Twain, Molly Ivins treated us to the sound of America in her prose and style. She was the rare, gifted journalist whose work transcended the news that inspired it. 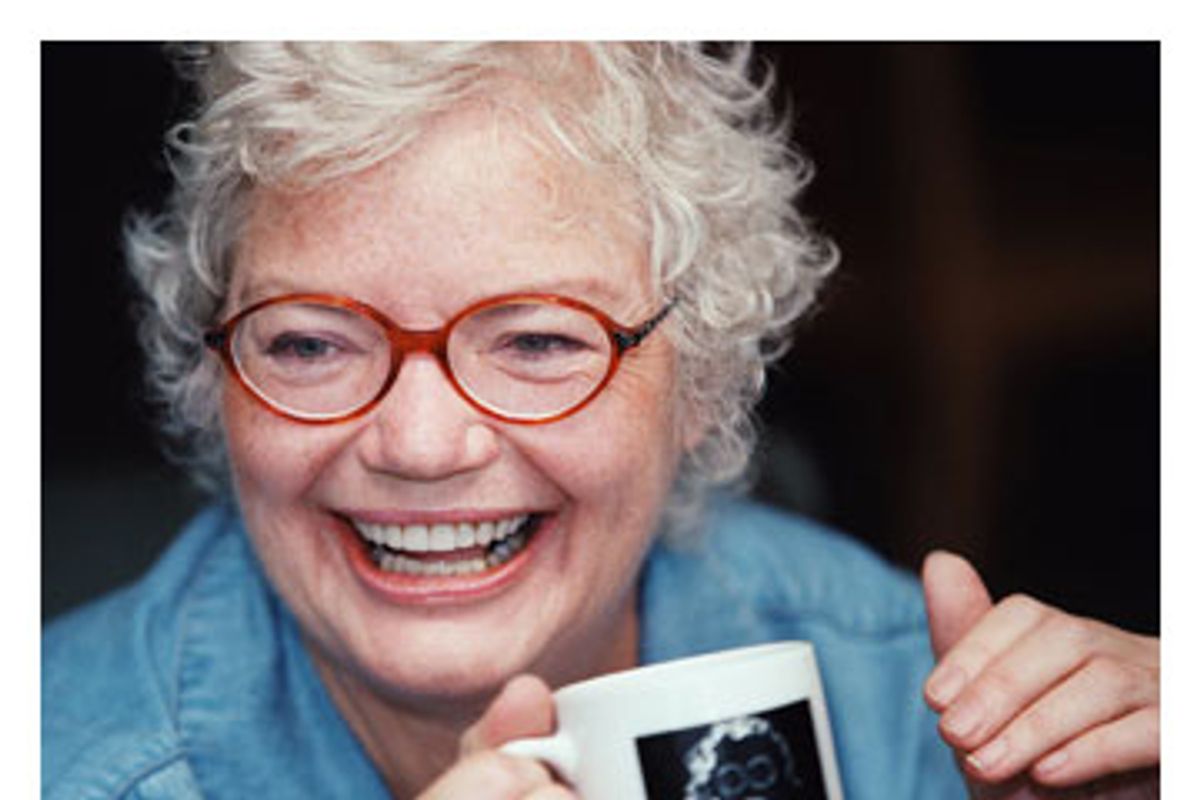 Impossible as it is to measure the magnitude of the loss of Molly Ivins, who died on Wednesday night of breast cancer at age 62, people across America are trying to express how important she was to them, what she meant to the nation, especially in recent years, and why we will miss her terribly. On the pages of newspapers, on the radio and on blogs, her passing has been marked with due respect.

Even her favorite goat, the president of the United States, understood that he must pay tribute to the tough Texas wiseass who saw right through "Dubya" and the political culture that produced him. I bet that would have made her chuckle.

What made Molly so special as a writer -- and raises her into an ink-stained pantheon alongside Mark Twain, A.J. Liebling, Murray Kempton, H.L. Mencken and other such greats -- was the American sound in her prose and the American style of her reporting. Her columns and essays -- and for that matter her wonderful, low, smoky voice, if you were lucky enough to hear her talk -- used her regional sensibility and experience to illuminate the wider world. She talked Texas but her subject was the universe.

Molly possessed the essential gifts of those few journalists whose work transcends the topical moment. With seemingly little effort and remarkably few words, she could pinpoint a scene or a character or an entire political system. She tossed off flashing observations like a circus knife thrower. When she put down a scoundrel, he stayed down (even if he won the next election). And of course she brought a woman's perspective into what was (and still remains) a male-dominated vocation, which made her insights into the boys club of politics sharper and deadlier.

Behind her beautiful, gleeful grin there was no real malice, however, not even toward the most deserving. She didn't hate anybody, not even the state representative whose intelligence she compared to that of a potted plant. Besides, they had to respect her because, back in the day, she could drink them all under the table.

What distinguished Molly from the few who might be considered her peers today were her indefatigable liberalism and her unfashionable idealism. Most political columnists, especially when they achieve her level of mainstream success, with syndication in more than 300 newspapers, tend to cultivate a certain emotional distance from such passions. They definitely prefer not to be tagged as liberal, perhaps because most newspapers continue to be controlled by conservative Republicans.

But she didn't pretend not to care, and she didn't pretend to be a centrist or an aloof observer. She despised pretension and pomposity of all kinds. (Indeed, she was as likely to make fun of herself as anybody else.) Just as she wouldn't dull down her prose to satisfy censorious editors, she saw no reason to soften her opposition to prejudice, poverty and war so she would seem more moderate.

Molly's freewheeling personality and radical honesty were reflected in her fundamental commitment to the Bill of Rights. When I spent an evening with her in Austin, Texas, two years ago, she said that she intended to devote more and more of her time to defense of the First Amendment, which she believed to be in real danger under corporate Republican rule.

As things turned out, unfortunately, she didn't have much time left and her remaining attention was usually drawn to more immediate issues. Often in the months before her death, she wrote about the war in Iraq, as one of a handful of prominent pundits who had correctly and courageously opposed that bloody misadventure from the beginning.

But her devotion to free speech, journalistic excellence and progressive politics lives on at the Texas Observer, the marvelous magazine that she edited for several years. Again unlike many of her peers in punditry, Molly believed firmly in building institutions that would nurture other talents. For three decades after she resigned from the magazine's editorship, she continued to raise the substantial amounts of money needed to sustain a liberal voice in her home state.

Those labors of love were repaid not only in the Observer's prizewinning reporting but at an amazing evening of tribute to her held by the magazine's supporters in Austin last October. The highlight of that raucous "BBQ" -- with a cast that included Garrison Keillor, Lewis Lapham, Roy Blount Jr., Jim Hightower and about 800 of her most ardent admirers -- was bald, brave, laughing Molly. Everybody who loved her is grateful today that we celebrated her life while she could still enjoy the occasion.

Now she is no longer among us. But in the pages of the Observer, and wherever people carry on in her generous, irrepressible, democratic spirit, Molly lives.