O'Reilly and Beck: afraid of the black man. 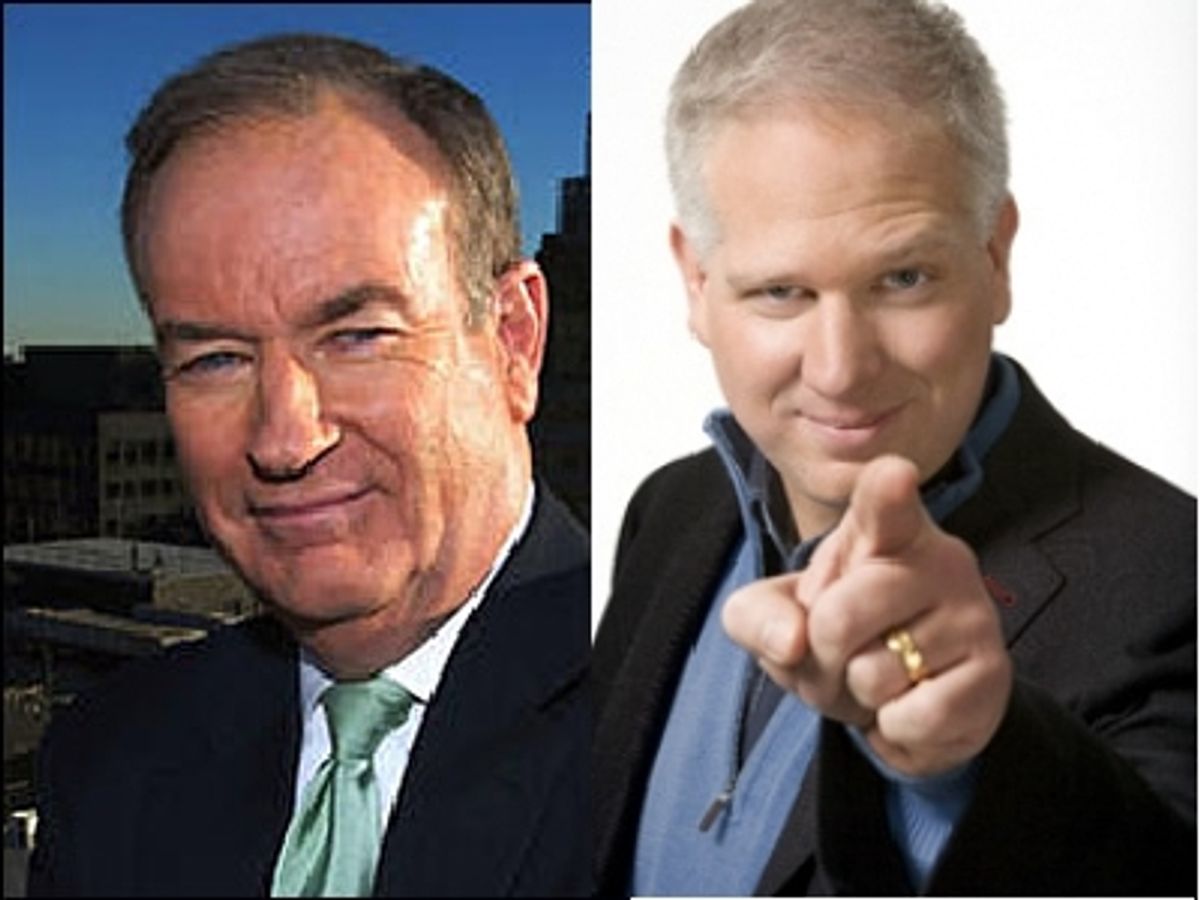 The furor over Sen. Joe Biden's description of Sen. Barack Obama as "articulate" seems to be rattling the nation's great scolds. They, by their own admission, just don't get it. Bill O'Reilly offers, well, typical O'Reilly. But Glenn Beck's best guess about why he doesn't "have a lot of African-American friends" is so . . . pathetic, we're a little speechless. But something tells us that there won't be a lot of black people walking around wondering why they aren't pals with Glenn Beck. (Credit to Think Progress for catching this.)