As ex-NBA journeyman John Amaechi comes out, it's time for sports leagues to stop accepting intolerance as a given. 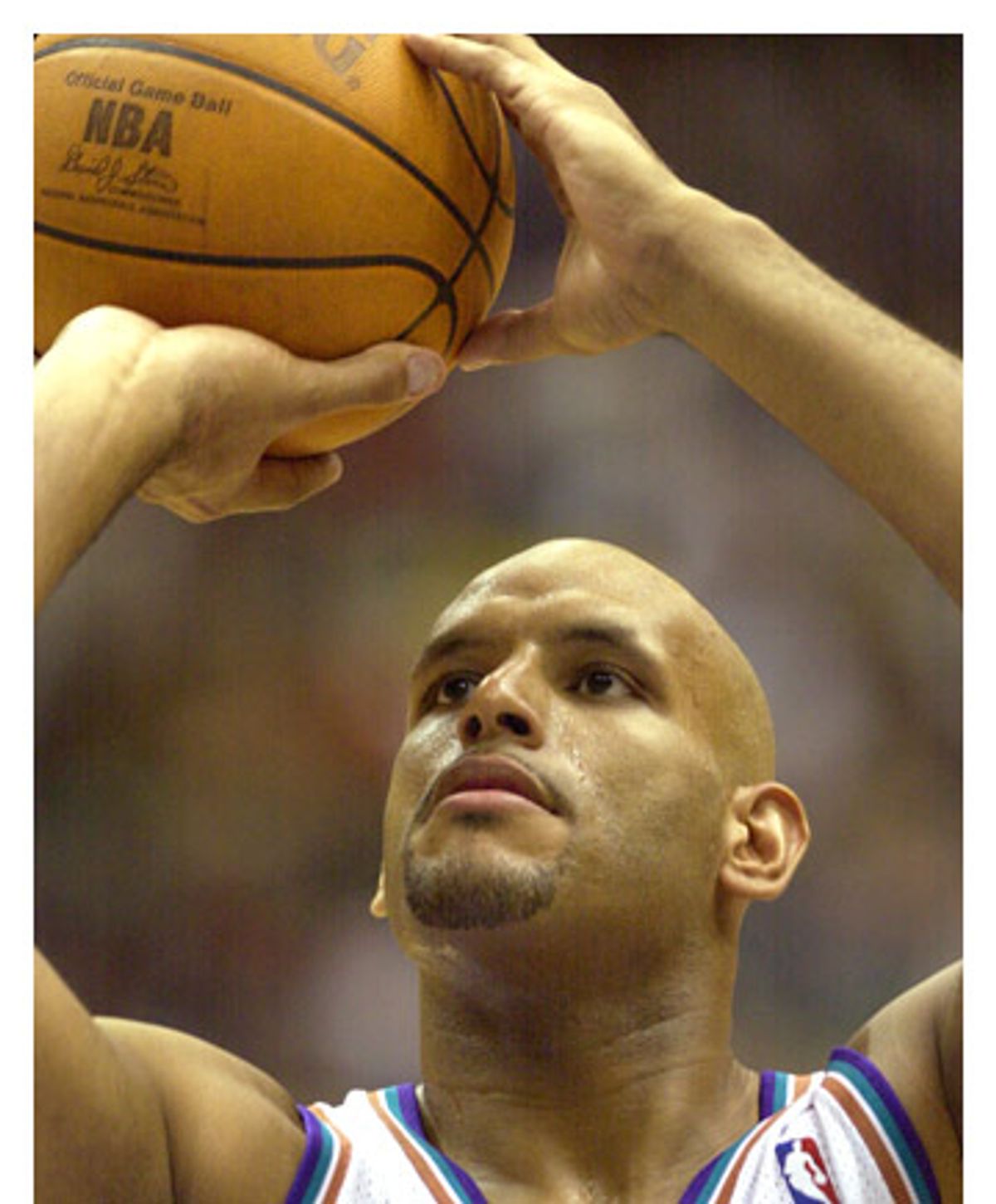 It would be nice to say that the announcement by former NBA journeyman John Amaechi that he's gay was a groundbreaking revelation, but truth be told, it isn't. Amaechi is the seventh male player in the major North American team sports to come out, all after their retirement.

I don't want to go as far as Michael Ventre, who took the postmodern route of devoting 1,007 words on the news site MSNBC to the proposition that Amaechi's announcement is "not news." But we have been down this road before.

The story has a familiar outline. A few supportive comments from within the game. A few neutral comments -- "We have a very diverse league," NBA commissioner David Stern said. "The question at the NBA is always 'Have you got game?' That's it, end of inquiry." A few unwelcoming but, in the wake of the reaction to San Francisco 49ers running back Garrison Hearst's hateful response to Esera Tuaolo's coming out in 2002, not blatantly homophobic comments.

And widespread agreement that it'd be a lot harder for a current player to come out.

"It's really a difficult thing to do, knowing the nature of sports and being in that locker room, it could be tough," Toronto Raptors coach Sam Mitchell told the Canadian Press. Mitchell, a progressive guy, cited the immaturity of men in their 20s as a big stumbling block for a gay player to gain acceptance in the locker room. "I think it wouldn't be a lot of guys, but there would always be one or two on a team" who would have a problem with a gay teammate, Mitchell said.

And that's not to mention the reactions of opponents and fans.

We've been through this enough times now that it's time the story changed. David Stern is missing an opportunity with his shrugging comment asserting that the only thing that matters is whether a guy can play.

At any given time there are 360 active players on NBA rosters, plus an additional 120 in the NBA Development League. Chances are pretty good that a few of them are gay. Amaechi will tell ESPN's "Outside the Lines" this weekend that "there are some," though he won't identify any.

There are about twice as many baseball players in the major leagues and hockey players on NHL rosters at any one time. There are more than 1,500 players at a time on NFL rosters. And hiding among these thousands of men are who-knows-how-many gay men who, according to Amaechi, according to Tuaolo, according to the other former players who have come out, are terrified to tell the truth.

And everyone just accepts that as a fact of life, like cold weather in Milwaukee or how much it hurts when you jam your fingers. The men in charge of these sports, the commissioners like Stern, shrug their shoulders and say all that matters is can a fellow play.

That laissez-faire approach -- "Have you got game? That's it, end of inquiry" -- is awfully weak coming from people who pay so much lip service to the real Jackie Robinson. Standing up to bigotry is all well and good as long as it happened long enough ago, as long as it's not the bigotry of our guys.

Why is it OK with Stern that the intolerance of the people who are the very product of his business is accepted, taken as a given? Why is it OK that some unknown number of employees in that business -- people at the very top of their profession -- just have to hunker down and endure a hostile environment at work, every day, every night?

What if Philadelphia 76ers forward Shavlik Randolph had said he's not really comfortable with black teammates, but he manages? What if he'd said, "As long as you don't bring your blackness on me I'm fine"? And "As far as business-wise, I'm sure I could play with him. But I think it would create a little awkwardness in the locker room"?

That would be so not OK it's almost impossible to express. Randolph would get a thank-you card from Michael Richards for taking the heat off of him. But Randolph said those things about having a gay teammate, so, hey, no problem.

Stern should take this opportunity to make it clear that this sort of intolerance, even the kind of backhanded, grudging acceptance reflected in all those quotes about how guys could handle a gay teammate as long as he didn't try to get funny in the shower, is out of bounds.

Stern should mandate that teams hold pride-night promotions, educate their players about the evils of homophobia -- pointing out the parallels between anti-gay attitudes and racism might change some minds in a majority-black league -- and punish players and coaches who make homophobic statements just as those who make racist comments are punished, at least with public censure.

Rather than pretending that it's all and only about whether a guy can play, Stern should work with GLAAD or similar groups to proactively fight intolerance. The NBA and other pro leagues are unusual workplaces, but they're workplaces all the same, and there have been programs to combat workplace prejudice in existence for decades.

Amaechi, 36, a man widely liked and respected by his teammates when he was a marginal player with the Cleveland Cavaliers, Orlando Magic and Utah Jazz, might be a good spokesman for such a campaign.

In Amaechi's case, the answer to Stern's inquiry -- "Have you got game?" -- was "only a little." But there are more important games than the one played on a 94-foot hunk of hardwood. There's one called real life. And on this play, so far, David Stern hasn't got game.

Previous column: The experts got it wrong?