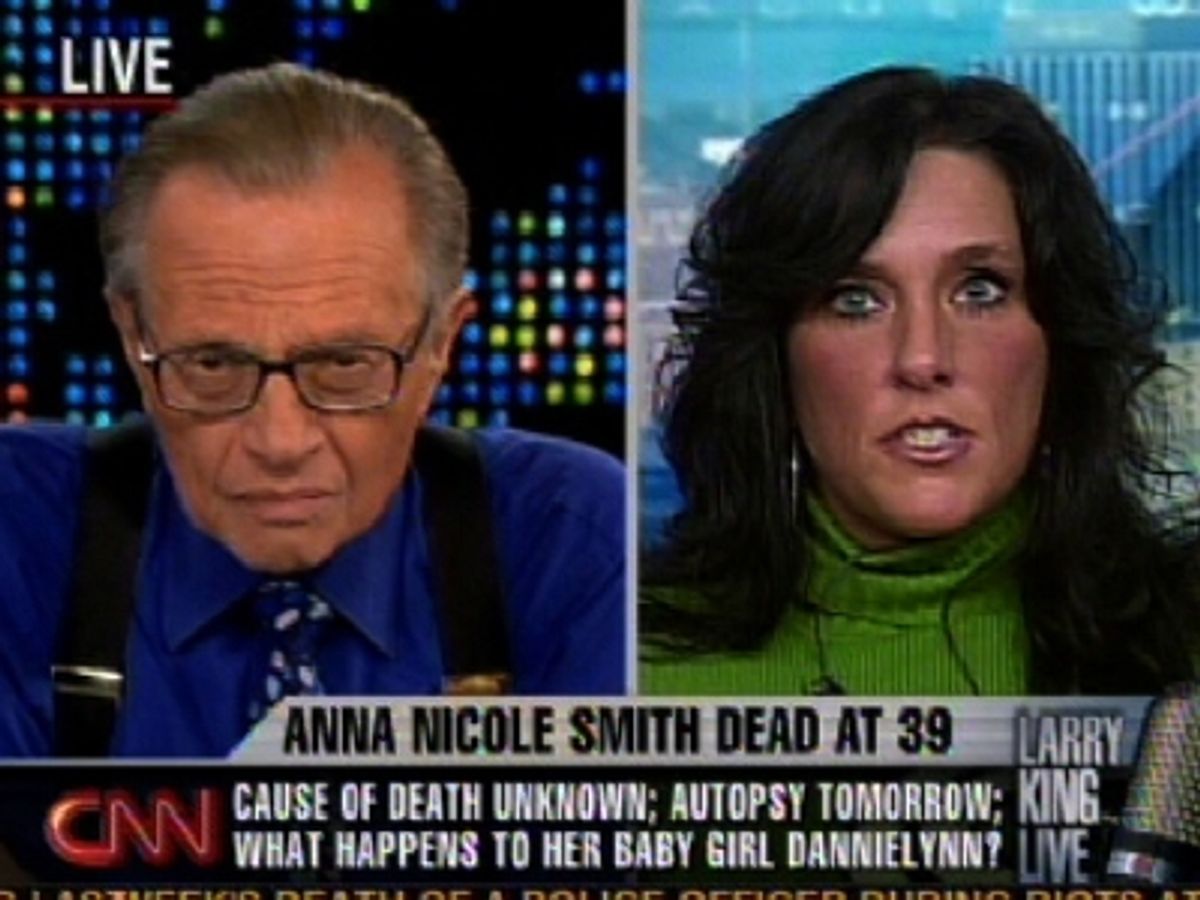 As Cintra Wilson observes, the last 16 hours has seen an interminable crowd of nobodies and snide celebrity journalists gabbing on cable TV about Anna Nicole Smith's death. But Larry King's hour Thursday night was a distinct circle of hell; his four main guests were John James, a former "Dynasty" star who produced some film that starred Smith that's going straight to DVD, the incoherent ex-wrestler Chyna, who co-starred in said DVD and seemed to barely know Smith, and the wife of the CEO of TrimSpa, who claimed to be "like family" with Smith -- TrimSpa's spokeswoman and golden goose. But those three lame guests were trumped by this young lady, who at first seemed like she might be one of Anna Nicole's bestest friends. And then not at all.