Springfield, Ill., where Barack Obama officially announces his presidential campaign on Saturday, has a tortured racial history. What happened, and what it could mean for Obama. 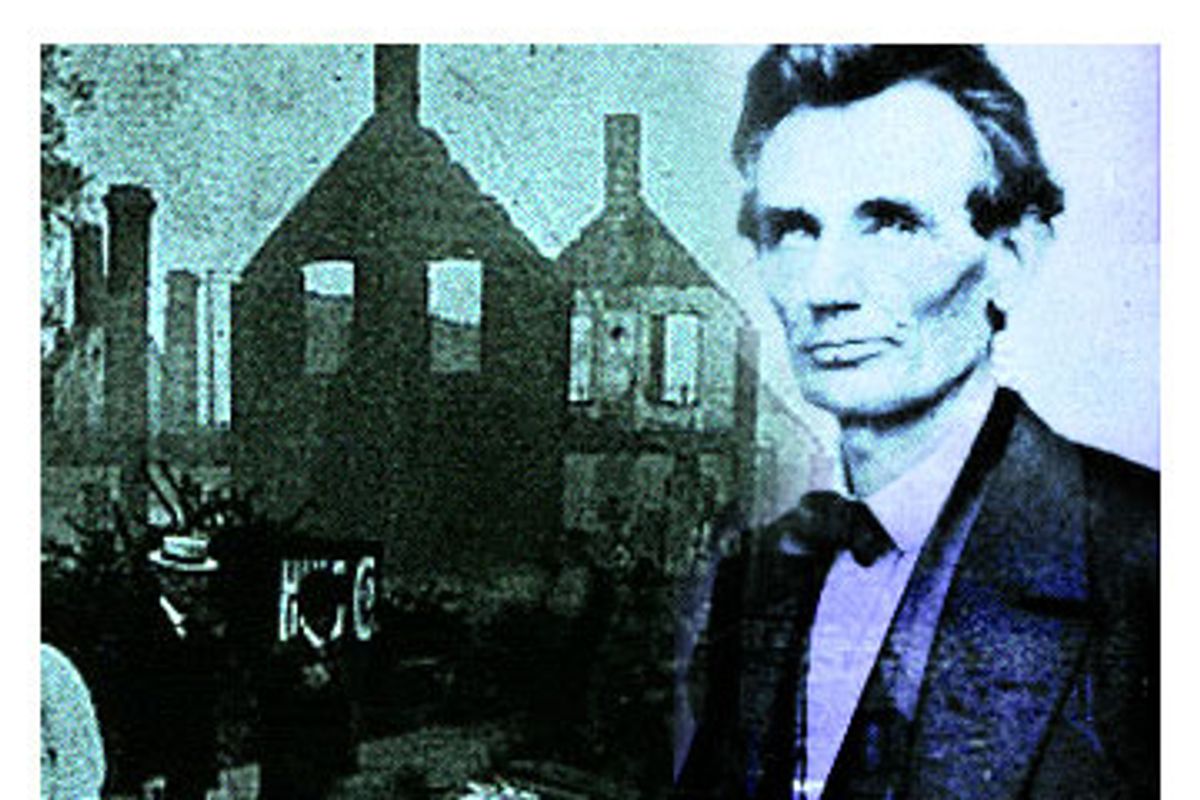 Barack Obama is declaring his candidacy for the presidency of the United States on Saturday, two days before Abraham Lincoln's birthday, not in Chicago, the city where he launched his political career, but in Springfield, the Illinois state capital.

The meaning of Springfield will not be lost on anyone who paid attention in history class. Springfield was Abe Lincoln's hometown, the frontier settlement-turned-capital where Lincoln started a law practice in 1837 and from which he later launched his own national political career. What better place to roll out the campaign of the first African-American with a realistic shot at becoming president than in the city that gave us the "Great Emancipator"? Whatever Obama may say on Saturday, the mere sight of him among the Lincoln monuments in Springfield -- the old statehouse where Lincoln gave his famous "house divided" speech, his home on the corner of Eighth and Jackson, the grave in Oak Ridge Cemetery -- will deliver a feel-good message of racial harmony, of white goodwill and black perseverance, that Americans can embrace.

Except, as Obama may know, there's more to the history of Springfield than Abe Lincoln. There's the part, for instance, where the whites tried to run the blacks out of town.

Though now largely forgotten, the events and aftermath of the Springfield Race Riot, as it came to be known, are as relevant to the hopes of Obama as is the legacy of Abraham Lincoln.

The year was 1908. It was mid-August and America was in the throes of a very different presidential race. Republican William Howard Taft was running out the clock against perennial Democratic candidate William Jennings Bryan, whom Taft would beat easily in November. The economy had rebounded from a crash in 1907 and was back on a soaring trajectory. The U.S. Navy's Great White Fleet was sailing around the world, the Wright brothers were being hailed as "conquerors of the air," and Robert Peary had sailed off to discover the North Pole. These were giddy times in America, and booming times in Springfield, which had grown from a country village to a city of 50,000.

The one group untouched by the nation's prosperity and optimism was African-Americans. Even by the standards of what had come before, and would come later, 1908 was a brutal year for black people in this country. Jim Crow laws had wiped out most of the gains of Reconstruction and a steady campaign of lynching and other forms of physical intimidation kept blacks in near subjugation throughout the South. More recently, and ominously, Northern cities had begun imposing their own brand of Jim Crow. "A few years ago no hotel or restaurant refused Negro guests," journalist Ray Stannard Baker noted in 1908 after visiting Boston. "Now several hotels, restaurants, and especially confectionery stores, will not serve Negroes, even the best of them."

And then came August, and Springfield exploded.

The incendiary event was a white woman's accusation of rape against a black man. The charge would later turn out to be the deception of an unfaithful wife; her boyfriend had beaten her up and she'd used the excuse of a black stranger to explain the bruises. For the moment, though, her lie was taken as gospel truth. On Aug. 14, as local newspapers fanned outrage, several thousand whites descended on the county jail. They demanded that the suspect, a laborer named George Richardson, be delivered to them. What the mob intended to do to Richardson did not, in 1908, require much imagination.

Getting no satisfaction at the county jail, the mob turned its wrath elsewhere. Thousands marched into the black sections of town. "Abe Lincoln brought them to Springfield," someone shouted, "and we will run them out." Which is exactly what they attempted to do. Over the next several hours, whites attacked blacks wherever they found them and set fire to dozens of black businesses and homes. Whites who feared their own homes would be accidentally torched nailed white sheets to their doors.

As midnight passed, the mob advanced remorselessly into an area of town known as the Badlands. Coming upon an elderly black man named Harrison West, the rioters beat him severely. Finding a paralyzed man named William Smith, they dragged him from his house and threw him into a patch of weeds.

At 2 a.m., the mob arrived at the home of Scott Burton, a 56-year-old black barber. After firing buckshot at the mob, Burton tried to escape through a side door of his house, but he was overtaken and knocked unconscious. In the light of burning buildings, the mob lynched Burton from a nearby tree.

With daybreak on Saturday, Aug. 15, as Springfield smoldered and state militia poured in by train, some of the city's 3,000 blacks took refuge in the State Arsenal downtown. Many more fled into the surrounding countryside. Finding nearby towns inhospitable, they camped in the forest and cornfields.

The soldiers tamped down the violence, but only temporarily. Saturday night brought more rioting and burning, and ended with the lynching of an 84-year-old African-American named William Donnegan. A retired cobbler, Donnegan had been friends, long ago, with Abraham Lincoln.

When the white journalist William English Walling arrived in Springfield from Chicago on Sunday, he was stunned by the lack of remorse he encountered among the city's whites. Even those who had not participated in the pogrom seemed to condone it. Certainly few had intervened to stop it. "Springfield," Walling would write in a widely circulated left-wing journal, "had no shame."

Nor apparently did the rest of America. "If these outrages had happened thirty years ago, when memories of Lincoln, Garrison and Wendell Phillips were still fresh," Walling asked his readers to imagine, "what would not have happened in the North?"

What happened in the North in 1908 was tepid outrage, followed by tenuous explanations, followed quickly by nothing at all. By the time America celebrated the centennial of Abraham Lincoln's birth on Feb. 12, 1909, the riot had been effectively brushed under the rug. In Springfield, the Great Emancipator's centennial was celebrated with a feast in the State Arsenal, the same building into which blacks had fled back in August. This time, no blacks were invited.

But there was a silver lining in the dark cloud over Springfield, one that has not been forgotten. Galvanized by the riot, a group of 60 prominent men and women, white and black alike, including Walling, Jane Addams, Ida Wells-Barnett, John Dewey and W.E.B. DuBois, cosigned an open letter, released that same Feb. 12, to protest injustices and violence against African-Americans. The letter became the founding document of the National Association for the Advancement of Colored People.

The NAACP, as we now know, went on to become a beacon of hope to African-Americans in the 20th century, even when there was not much reason to hope. It's in large part thanks to the NAACP that the Civil Rights Act was passed 56 years after the Springfield riot-- and that an African-American named Barack Obama has a chance to become the next president of the United States.

As I write I don't know whether Obama will mention the 1908 riot in his announcement speech. Given that his bid for 2008 rests partly on his appeal as a man who can cross America's racial divide, I wouldn't be shocked if he skipped it. Does he really want to dredge up a century-old race riot in the kickoff speech of his campaign?

But here's hoping he does mention it. Because there is a message in the shameful history of the 1908 riot that is every bit as stirring as memories of Lincoln. The riot reminds us, for one thing, that as far as we still have to go in race relations, we have come a very long way. More broadly, it reminds us that even when things seem to be beyond hope, as they do now in Iraq, for instance, and in New Orleans -- and as they did for African-Americans in the early part of the last century -- they do sometimes, in some ways, get better.

If Obama can make Americans believe that, he really may be our next president.

Jim Rasenberger is a screenwriter in New York. He has written for Vanity Fair, New York and Yahoo! Internet Life.