Politics at the Grammys

Quips from the Chicks, Ludacris, Gore. 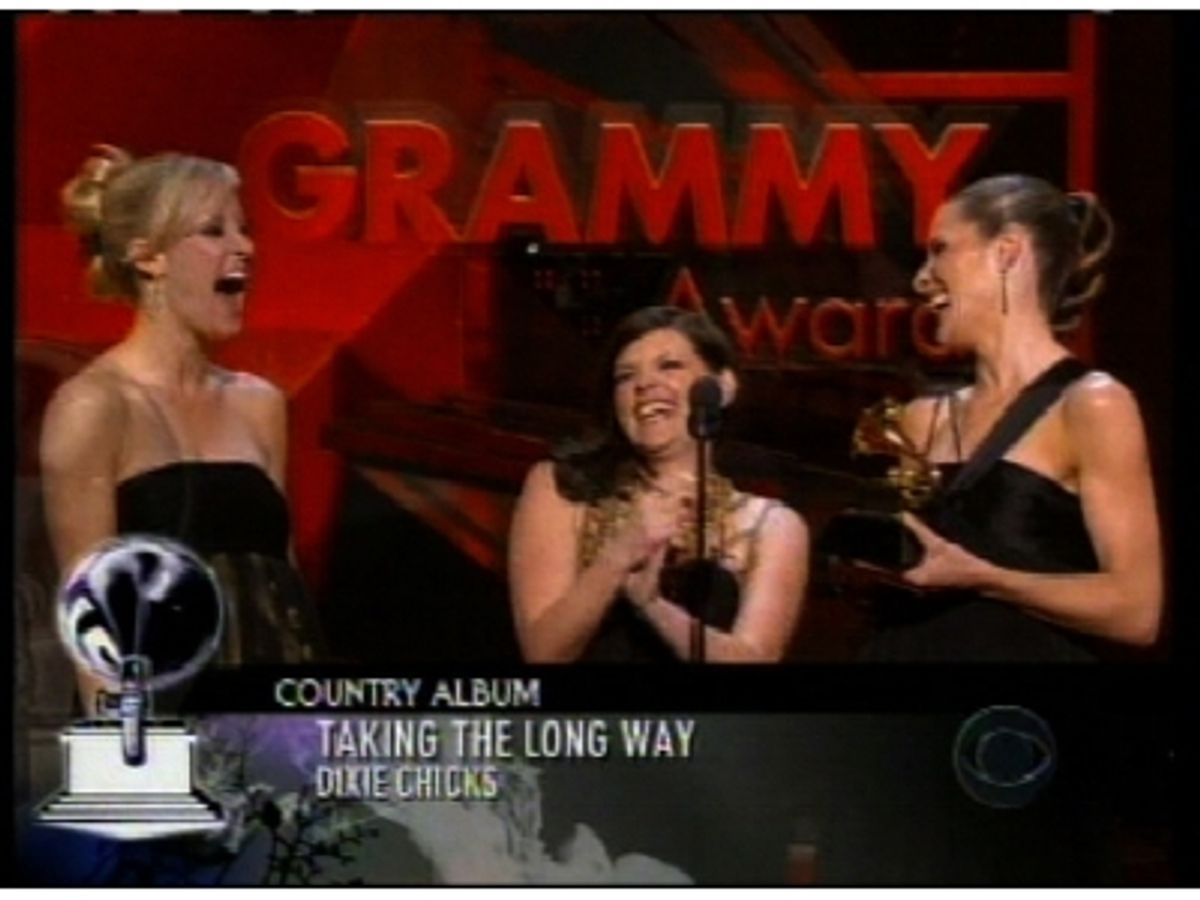 During their big wins Sunday night, the Dixie Chicks took some mild shots at the many detractors who so relentlessly attacked them after Maines told a London audience in 2003 that she was ashamed to be from the same state of Texas as George W. Bush. They deserved to take a few bigger slaps, but alas, they have too much damn dignity. Ludacris, who like the Chicks, has been the target of many a Bill O'Reilly attack, took his winning opportunity to gloat over the Fox scold -- and Oprah, who he's had a long-running feud with. And the wild resurgence of Al Gore resumed with a rousing round of applause for him when he emerged to hand a Grammy to the Red Hot Chili Peppers.