It's hard out here for an entourage

I'd like to thank my agent, my accountant and my therapist. No, really. 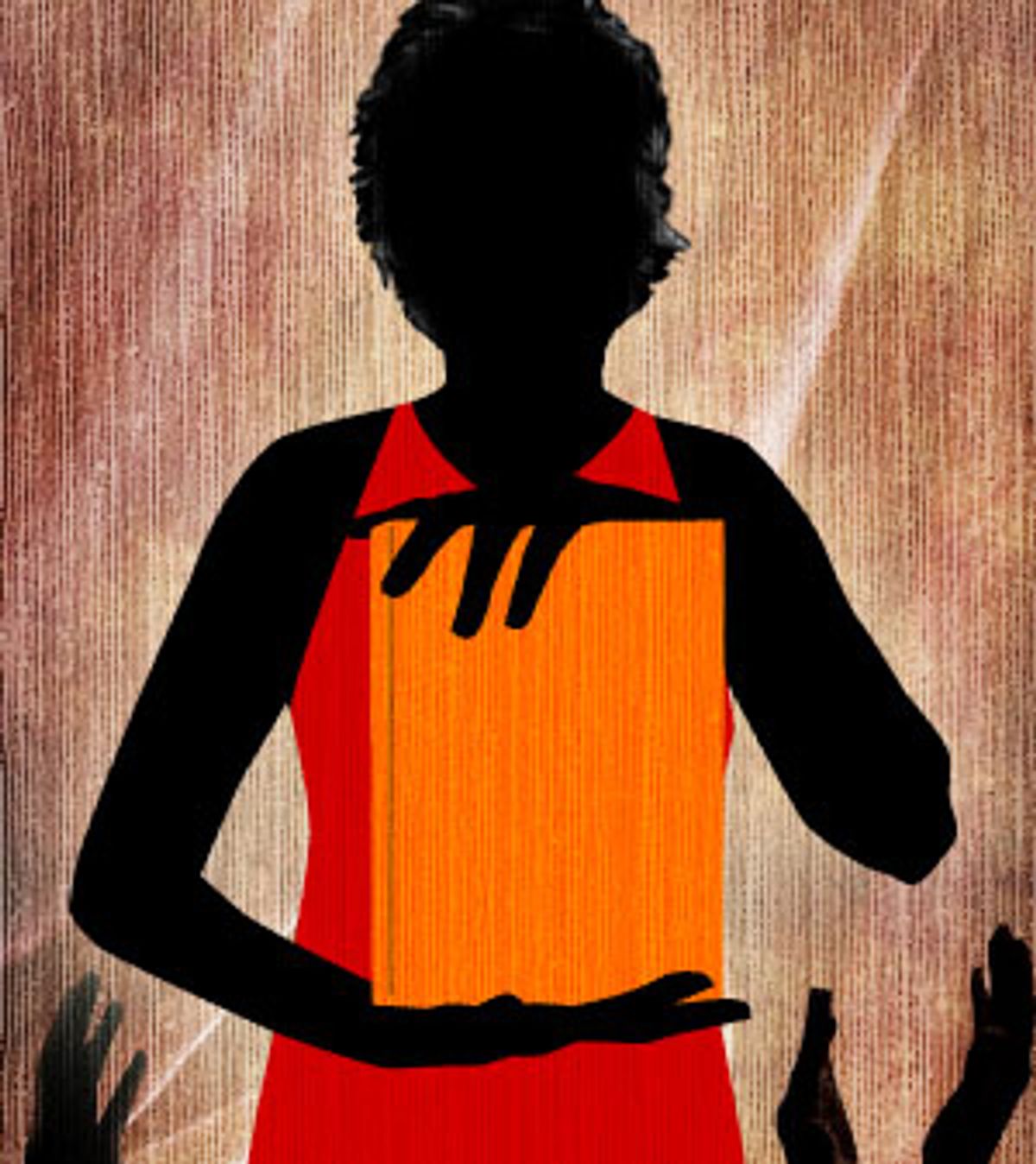 Every awards season, we're treated to waves of bawling starlets, foreheads immovably Botox'd, clutching figurines and sputtering out their interminable thanks to the overpaid teams of lackeys and hangers-on who keep them airbrushed and opiated to perfection. At last weekend's Grammys, Tony Bennett pushed this icky envelope to a new extreme by thanking "Target, the best sponsor I ever worked for in my life." Mary J. Blige had to be surgically removed from the Grammys stage, she weepily thanked so many folks. They almost had to break out an oompah band to shut up the Queen of Pain. Next week's Oscars may well last till the next Super Bowl if this over-the-top, overdone gratitude continues.

Like clockwork, every awards season, we snicker at these narcissistic "shout-outs" to rent-a-friends and engage in vigorous eyeball rolling at the climate-controlled money-fame bubble these celebrity androids must inhabit. "I'd like to thank my attorney," indeed. How about a standing ovation on behalf of all A-list felons for the entire criminal defense bar of Los Angeles County?

Well, I'm going to take my latest brave stand. Those obscure folks who get red-carpet "thank-yous"? They deserve 'em. They earned them the old-fashioned way: with loyalty and hard work often far beyond the monetary call. When I say I'm pro-entourage I'm not defending the army-size posse of homies who drink all your Cristal, then get you shot at, sued, arrested and herpes-infected. I'm defending the professionals who take their work every bit as seriously as the artists they serve.

I always go squint-eyed at the snarking these podium thank-yous elicit because anybody in a position to feed said snark to a mass audience (like, say, a columnist) has almost certainly hired and depended on somebody in this supposedly tacky category. The ones who haven't thanked a long list of retainers wish they had -- hence the gotchas launched at those long-winded artistes who've actually grabbed a statuette at award time. If you don't have an agent to thank, that's only because you can't get arrested in the artistic field into which you're trying so desperately to sneak. If you do have an agent, it means someone believes in you and your work, in which case you need to thank that heifer because, without him or her, there would have been no movie/CD/book/stupid sitcom for which to receive an award. Movie studios and record labels (and let's not forget newspapers, magazines and publishing houses) don't hand out gigs via lottery or grade-point average; you kinda have to compete for them.

Imagine Carrot Top (or me) in a room full of suits. They're talking about secondary rights and first serials, I'm scrawling filthy haiku on my wrist, waiting for the boring meeting to be over (Carrot Top, I guess, would be smashing stuff with mallets. Or is that the other guy?) Guess what my agent's doing. She's such a pro, the suits never even know when she's kicking me under the table. They don't know how many times she has diagrammed, with Germanic precision, the exact construction of the publishing business (who owns whom, who publishes what, etc.) only to have me forget.

But now that I've found an agent I can trust with my work (and, more important, my potential), I don't have to worry about that stuff, or that other stuff I went to law school for. It's a lovely little division of labor; I make it, she rakes it. Agents, lawyers and accountants live in the real world so we doofus artists can live in our heads and make art. I've lost count of the number of bone-headed book proposals she has read and edited and talked me out of with such grave concern. I know how many we've sold, though: two. Given all the hand-holding, two-hour phone calls and rehab-facility-picking that agents/lawyers/accountants will have to engage in when you're between movies/records/books/stupid sitcoms, an "Atta girl" doesn't seem like much to ask.

Wait -- you don't have an accountant? Then you must be pulling in nothing but predetermined, slaving-on-the-plantation paychecks. Who you gonna thank? The coin of the realm for us artistic/entrepreneur/self-employed types is pure 1099-MISC, baby. I average about 18 of these "miscellaneous income" statements from different publications and speaking gigs every year and accumulate a six-inch stack of expenses. Without my accountant, my financial records would be mounds of coffee-stained receipts, all illegibly scrawled with middle-of-the-night dialogue drafts. You don't just FedEx receipts to accountants, you spend a hell of a lot of time talking with them about your life, which, for a writer like me, is inextricable from my work. An artist is an ecosphere; if one part gets out of balance, so do all the others (see: Britney's singing career these days).

As a freelance writer, I'm an entrepreneur. A bad one. I never know how much I'll make from month to month. The accountant you thank from the podium is the one who sweats the details of both your professional and personal lives (see: divorce, college funds, beer money) as valiantly as you sweat your art. The other kind, you fire, as did Sarah Michelle Gellar when her agents broke the code and sniffed to the New Yorker that a hit movie, "The Grudge," had taken "our client Sarah Michelle Gellar, who now is nothing at all, and ... ma[de] her a star, potentially. Suddenly, the Sarah Michelle Gellar space is meaningful." Not cool.

My nerdy, heroic accountant has made it his personal mission to keep me from ending up in the streets and even reprimands his assistant for sending me reminder bills when I'm in a slump. He's in for the long haul. He believes in me. The accountant you thank talks you out of "diversifying" into used cars, mall kiosks and the millions you know you could make in real estate, according to that late-night infomercial. Then he doesn't bill you for talking you down off those particular ledges. The kind you fire (or at least snub from the podium) just processes the paperwork for your latest gold mine and makes jokes about you on Bloodsucker.com.

I couldn't do what I do without my agent, accountant, doctors and therapist and neither could an actual, millionaire celebrity like Charlize Theron. Imagine what a mess she was while making "Monster." The ones we thank publicly (check my book acknowledgments) are the ones who invest in us (and probably all their "high maintenance" clients) emotionally, not just financially. They believe in us through all the hate mail and the hideous reviews and the never-ending rejection. They stay by our sides. They do their best to protect us. It's a calling, not just a job. Hell, if I ever got the change I'd even thank the folks at my local Starbucks, who let me bring my own brown-bag lunch and camp out for hours for the price of a single Americano Grande. Were I at home (isolated and talking to myself) I'd never get my work done. They could go all corporate on me and pat me down for bootleg PB&Js, but instead the Starbucks baristas help make my work possible.

How could you not thank the stylist who shops for you and makes your stomach pouch disappear, the assistant who slips past the paparazzi and fetches your TrimSpa? The makeup artists who spent four hours every day Norbit-ing Eddie Murphy for his latest movie? (OK. Maybe not them.) These are the most intimate relationships possible without the exchange of bodily fluids. Remember how the only part of her life Madonna didn't allow filmed in "Truth or Dare" was the money meeting? Pap smear? Sure. Tax-return preparation? Not so much.

I cannot wait till I have a nanny to thank. And a housekeeper. And a "pool boy." And, oh yes, a personal trainer. Thank you in advance for coming to my house every morning at 5:30 a.m. In a good mood. Thank you for making me quit Snickers and smoking, and thank you for knocking my body-mass index down to 18. Paid or not, that takes a commitment. To my money, yes, but also to me. And for that, I would be publicly grateful.

So when Forest Whitaker, Oscar in hand, is stammering out his half-hour of thank-yous to his dog sitter and his hedge trimmer and his life coach a week from Sunday, hold the snark. Instead, show his entourage some respect.