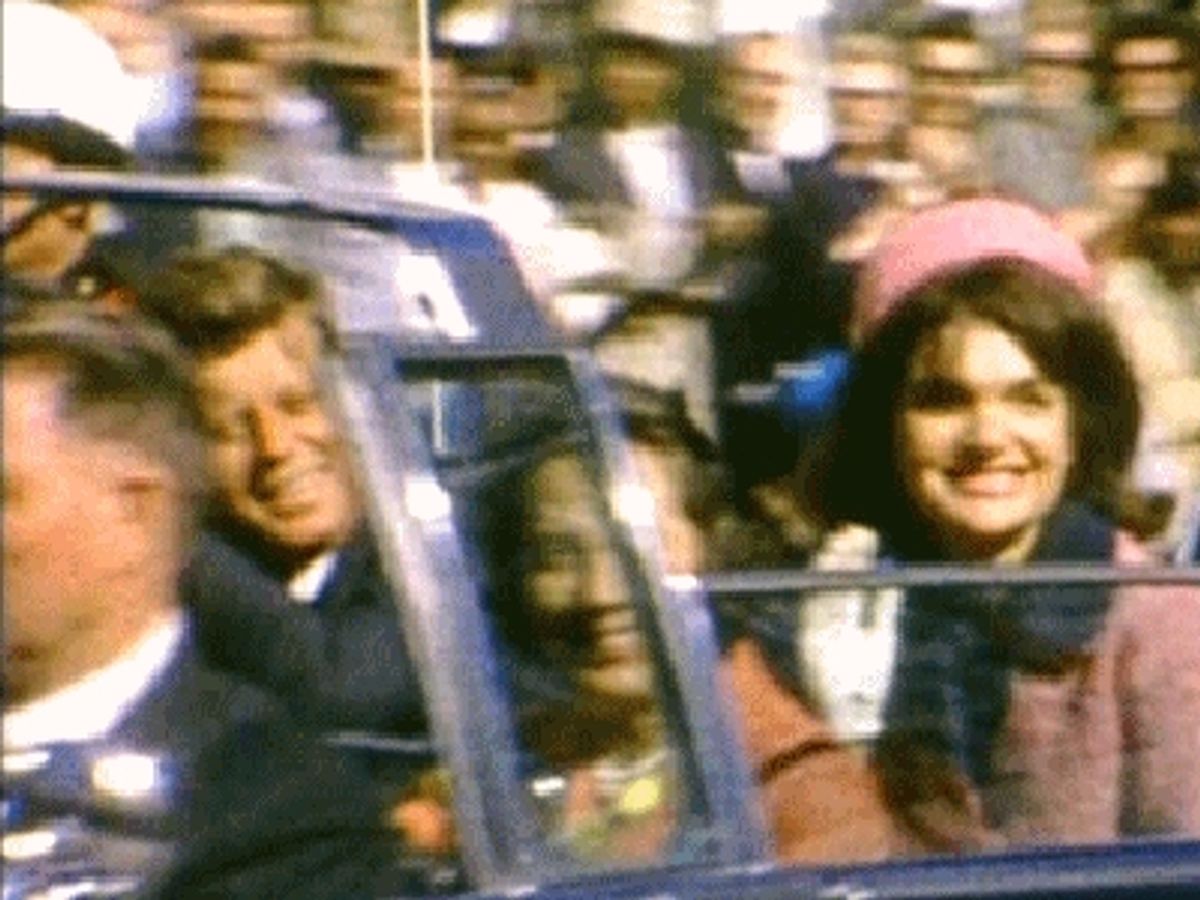 The Sixth Floor Museum at Dealey Plaza has released this video of the presidential motorcade of President Kennedy and his wife, Jacqueline, rolling through Dallas an estimated 90 seconds before the president was gunned down, on Nov. 22, 1963. The video, originally captured and now donated by George Jefferies, 82, offers brief but achingly vibrant close-ups of the president and first lady. It will undoubtedly fuel conspiracy theorists. Kennedy's jacket, according to Reuters, "is clearly if briefly seen bunched up on his back -- a detail that will be scrutinised by conspiracy theorists who see evidence of a plot in, among other things, the fact the bullet wounds on his jacket and body did not appear to match." The footage ends with several seconds at the scene of the crime, at the Texas School Book Depository, captured the following day. The depository now houses the museum, which concentrates on the assassination, and the details surrounding it.