Warhol and the war god

Even in death, the artist was way ahead of his time. 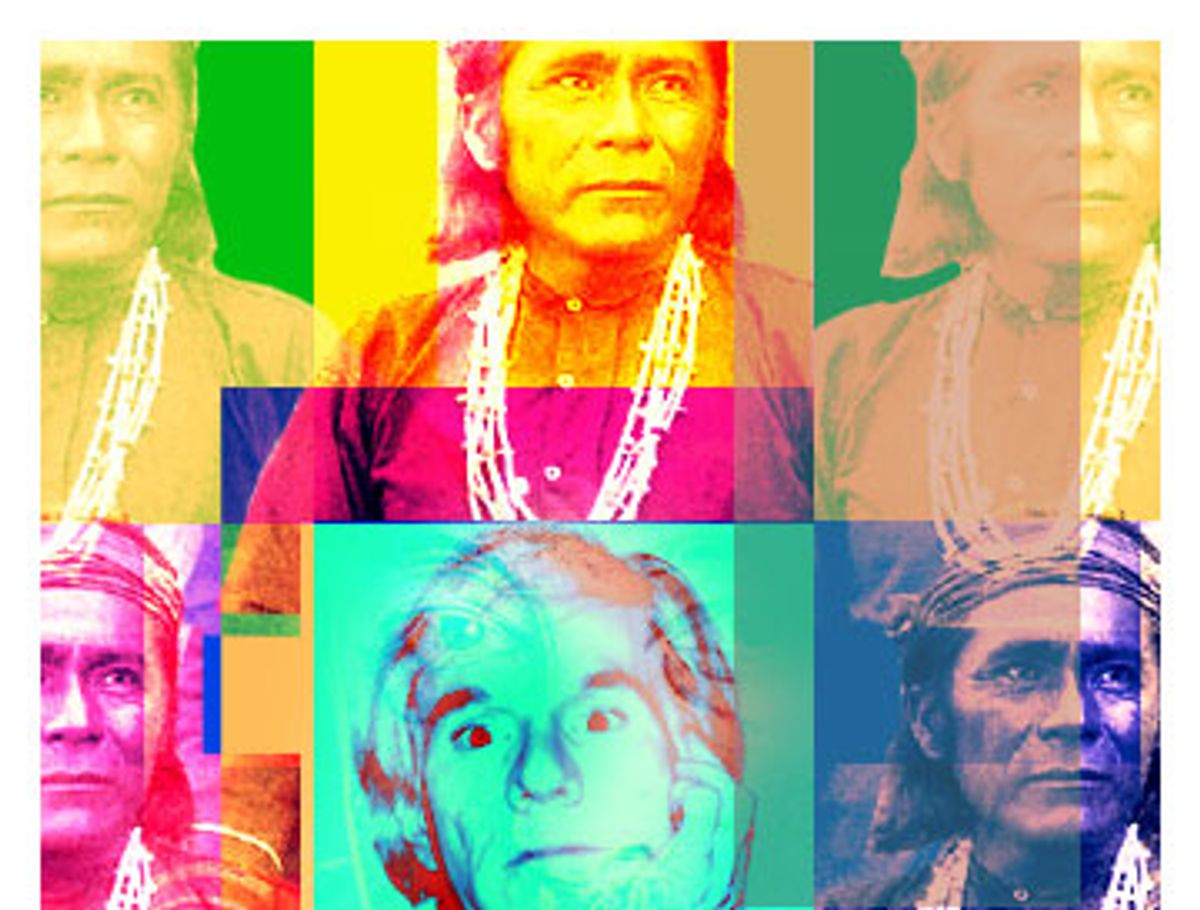 The return of looted art is a 21st century trend. Works stolen by the Nazis have recently been restored to rightful owners or their heirs, while antiquities of questionable provenance have been sent back to Italy and Greece by the Metropolitan Museum in New York, the Museum of Fine Arts in Boston and the Getty in Los Angeles. Still unknown is whether collector Shelby White will bow to pressure to repatriate ancient artifacts she owns that Italy says were illegally excavated.

In this, as with so many other trends in art, Andy Warhol, even after his death, was way ahead of the times.

Warhol died 20 years ago, on Feb. 22, 1987. A year later, as a collection of art and other objects owned by Warhol was about to be auctioned by Sotheby's, I received a call from one of my sisters, who had a friend working with the Zuni Indian tribe. E. Richard Hart, then director of the Institute of the North American West, had been helping the Zunis contact Sotheby's and the Warhol estate about an item listed in the auction catalog -- a Zuni war god, appraised at $2,500 to $3,500. Because I had been a friend of Warhol's, I placed a call to the estate as well.

To the Zunis, war gods -- or Ahayu:da -- have a value far greater than money. Carved by priests and placed in secret shrines on the reservation, the wooden figures are not considered art. To the Zuni people, Ahayu:da are living deities who, when disturbed, have the power to upset the world's balance. War gods are owned communally by the tribe and are never sold. If one appears in an art collection or museum, it has been stolen. Warhol's war god was probably a gallery purchase. American Indian artifacts, like cookie jars and jewelry, were one of his collecting passions.

As it turned out, my call was unnecessary. When representatives of Warhol's estate heard about the war god's background, they immediately volunteered to return it. They said Warhol could not have known of the war god's religious significance or its shady past. Ed Hayes, then the attorney for the estate, recalls the decision-making process as speedy: "When the issue came up, Fred [Hughes, Warhol's business manager, who died in 2001] said, 'We are not in the business of fencing Zuni war gods.' It took about two seconds." Although at this point all Ahayu:da in American collections have been repatriated, many major museums were not as swiftly cooperative.

In May 1988, not long after the 10-day Warhol auction set records at Sotheby's, Richard Hart traveled from New Mexico to New York City with two Zuni priests and a tribal councilman. The Zunis spoke limited English and had no idea who Andy Warhol was. It was certainly the first time a Zuni song of welcome was chanted in the reception area of Warhol's famous Factory, then on East 33rd Street.

Once the 2-foot-long wooden figure had been properly greeted, then cushioned in bubble wrap, and a photo taken of tribal members with Factory workers, the Zunis headed back to their hotel, near Penn Station. Though the tribe had predicted rain for this important day, the sun shone down on the streets of New York. The Zunis wore ceremonial garb -- white cotton clothing, sashes, prayer pouches and colorful headbands. Walking single file, the small group was led by Joseph Qualo, a war priest, holding the Ahayu:da up high.

"It was amazing to see them cross the streets," remembers Hart. "Cars stopped, and no one honked." David Firestone, then at New York Newsday, now with the New York Times, also accompanied the Zunis that afternoon and described their walk west as "a remarkable religious procession through midtown Manhattan, a minuscule homecoming parade that took place under the eyes of hundreds of New Yorkers sitting in traffic or striding to a business lunch or looking down from the Empire State Building at a city that moves so quickly it cannot see its minor miracles."

Although the decision to return the Ahayu:da was made after Warhol's death, his associates acted the way he would have. Warhol respected American Indians; he admired their art and created some of his own using an iconic American Indian face, that of Sioux activist Russell Means, who was the subject of a Warhol portrait series in the 1970s.

Some will argue that Warhol was one of the biggest burglars in art history for quoting and reworking the images of other artists for his own pictures; but that wasn't theft, it was homage, and the end product always looked like a Warhol, even when it was the "Mona Lisa."

Warhol was superstitious. A sacred object illegally removed from tribal lands would not have appealed to him. He was also a Catholic, and stealing is a sin. As others in the art world begin to realize (or are legally forced to acknowledge) that art with criminal connections is not worth hanging on to, they travel a well-worn route in Warhol's wake.

Susan Mulcahy is a writer and media consultant in New York.