Instead of just promoting democracy abroad, our government should defend the liberty of workers at home by supporting a new labor reform bill. 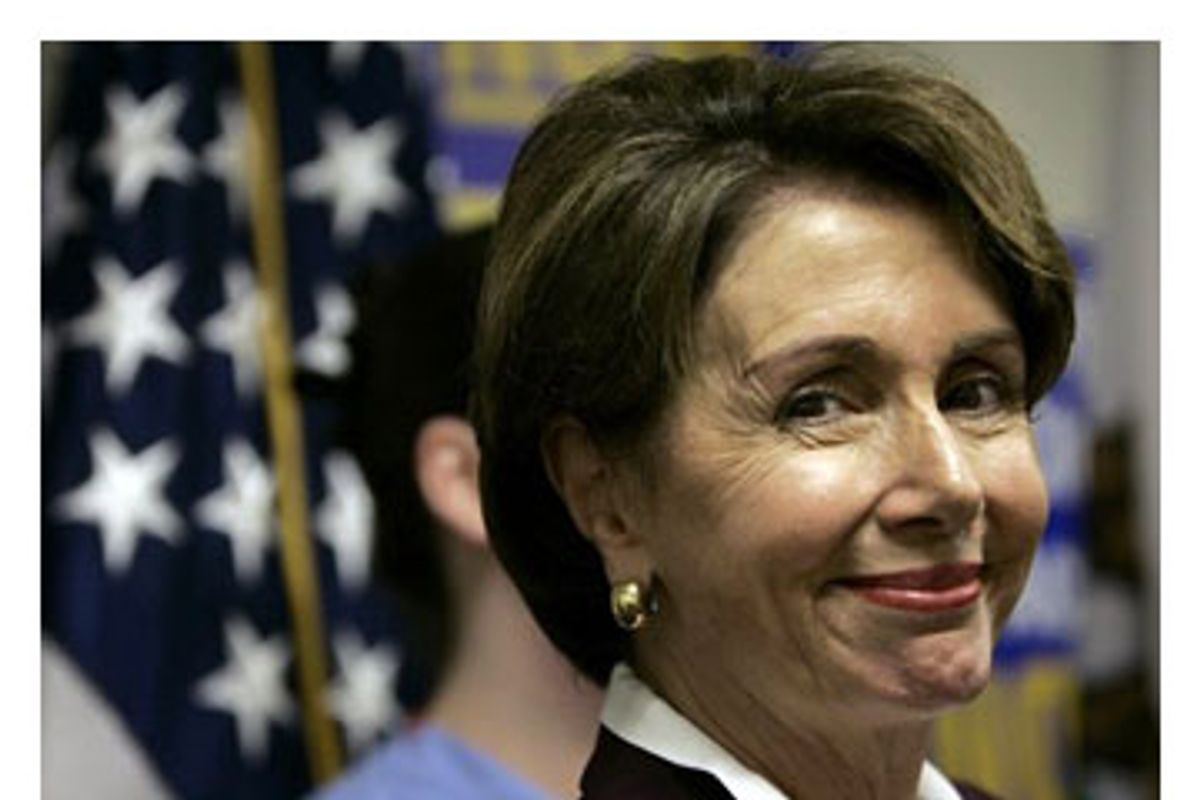 Nobody talks about the democratic way more fervently than George W. Bush and Dick Cheney, who have so often proclaimed that the historic mission of the United States is to expand liberty around the world. The Bush administration frequently denounces governments that suppress free speech, intimidate citizens and tamper with elections, expressing outrage over violations of human rights and self-determination in states such as Cuba, Iran, Myanmar and Zimbabwe.

So what would our great advocates of democracy say about a regime that routinely deprives people of their livelihood for speaking out freely on public issues? What would they say about a place where citizens are forced to listen to propaganda -- or where voters have to run a gantlet of armed police to enter a voting booth? How would they describe a system that distributes bribes, spies on dissidents and threatens everyone who dares to vote the "wrong" way with the direst possible consequences?

If they told the truth, they would be forced to admit that those awful conditions still exist on American soil, oppressing millions of workers whose employers use such tactics to prevent them from forming or joining a labor union.

In theory, all Americans enjoy a basic right to unionize and bargain collectively with their bosses for better wages, benefits and working conditions. Since 1935 that right has been enshrined in the National Labor Relations Act, originally known as the Wagner Act, which was supposed to end the abusive and violent anti-union campaigns that had marred American industry for more than 50 years. From that landmark bill came an upsurge in unionization and, over the decades that followed, a steady rise in workers' compensation that helped to fuel the world's strongest economy and created the largest middle class in history.

In recent decades, however, the rate of unionization has fallen steeply, especially in the private sector -- along with real wages, job security and health insurance coverage, among other living standards, which probably is no mere coincidence. Most workers understand that they would be better off with union protection, and polls consistently show that they would organize if they could. In nearly 60 percent of union representation elections, labor defeats management.

Why do fewer and fewer workers belong to unions if most of them would prefer to bargain collectively? Global economic change has decimated the old industrial unions, but that doesn't explain why workers in the newer service industries remain largely unorganized.

The reason is simple and ugly, as Washington Post business columnist Steven Pearlstein explained three years ago when he looked at Wal-Mart's labor policies. Since 1935, he wrote, the right to organize "has been whittled away by legislation, poked with holes by appeals courts and reduced to irrelevancy by a well-meaning bureaucracy that has let itself be intimidated by political and legal thuggery. As a result, any company willing to use intimidation and delaying tactics will never have to sign a first contract with a union, even if employees really want one."

That well-meaning bureaucracy is the National Labor Relations Board, which back then was mulling over some 250 cases of alleged unfair interference with workers' rights by Wal-Mart executives that had languished in its files for up to a decade. Like other anti-union employers, the retailing behemoth has used every dictatorial tactic to prevent unionization, from threatening workers with loss of benefits and pensions to imposing psychological tests, conducting surveillance on workers who meet with labor organizers, and bribing employees with increased wages just before a representation vote. The most typical tactic is to use any feeble excuse to fire any worker suspected of leading a union drive -- which is wholly illegal but happens hundreds of times every day.

Wal-Mart is the biggest foe of unions but hardly the most brutal. Meatpacking and other agricultural companies have inflicted beatings and harassment as well as firings on workers who dare to challenge their absolute and abusive power. At a Smithfield Farms plant in North Carolina, the company actually formed its own police force, in cahoots with the local sheriff, to scare away the union with guns. The Wagner Act was supposed to end that kind of corporate criminality more than 70 years ago, but it is still happening today.

After decades of ignoring the degradation of workers' rights, Congress is poised to pass labor law reform next month and restore a measure of equality between unions and employers. The Employee Free Choice Act, with 233 sponsors from both parties, will probably reach the House floor during the first week of March and pass overwhelmingly, thanks to the support of the new Democratic leadership. But the bill is just as likely to be stymied in the Senate, where corporate opposition has stimulated threats of a Republican filibuster. And the president has promised to exercise his rarely used veto power if it reaches his desk.

Corporate fury over the bill is understandable because the new law would establish heavier sanctions against companies that violate worker rights, require companies that refuse to bargain to enter mediation and arbitration, and permit workers to win union rights by signing cards that authorize representation. Unions argue that the old election system no longer works -- and that only radical reforms can restore worker freedom. Although opponents of the bill claim that they are protecting "secret ballots" and "workplace democracy," their true objective is clearly to maintain management's overpowering advantage in controlling workers and banishing unions.

Yet the time may have come at last for a bit of regime change in the warehouse, the factory and the nursing home, too.