The long-term wounds of Walter Reed 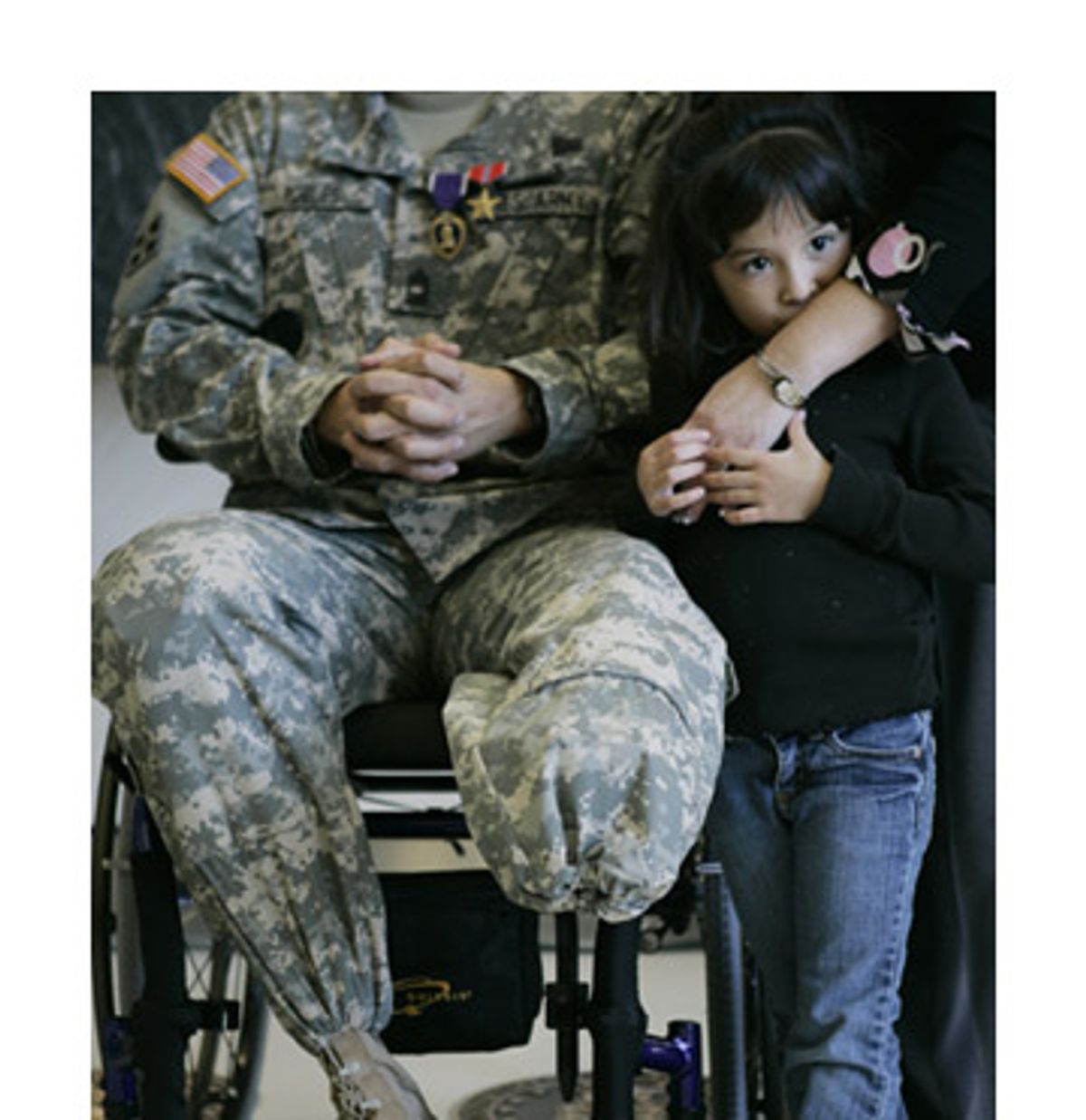 The Pentagon has scrambled this week to contain media coverage of scandalous conditions for war veterans who are outpatients at the acclaimed Walter Reed Army Medical Center in Washington. The lack of services and care, raised by articles in the Washington Post in recent days, were first exposed and brought to the attention of military officials by Salon in a series of investigative reports beginning more than two years ago. Nonetheless, with a spotlight on the problems again now, top officials are claiming they did not know about them. They are also seeking to convey the message that the problems are relatively inconsequential and will be easily fixed.

In a press conference on Wednesday, the highest civilian official in charge of the military medical program, Assistant Secretary of Defense for Health Affairs Dr. William Winkenwerder Jr., said of the failures at Walter Reed: "This news caught me -- as it did many other people -- completely by surprise." At the same time, top brass tried to keep the focus on moldy walls, mouse droppings and other squalid but easily fixed conditions reported on by the Post from Building 18, a 54-room facility just off campus from the main hospital grounds across Georgia Avenue. "We were absolutely disappointed in the status of the rooms and found delays and lack of attention to detail to the building's repairs inexcusable," Gen. Richard Cody, the Army vice chief of staff, said at the press conference.

Winkenwerder referred to the issues raised as "quality-of-life experience" problems for outpatients at Walter Reed and denied there was a systemic problem with military health care. "That is not the issue," he stated.

It was a maneuver with little promise of standing up to scrutiny. What the renewed coverage again dragged out into the open, now four years into the Iraq war, is an ongoing failure to treat a growing number of outpatients in an already overwhelmed military healthcare system. It also points to the issue of compensating veterans for their wounds over the long term, which veterans advocates say has proved to be a complicated, time-consuming process that has pit many injured soldiers against the military in a fight for dollars.

And these problems extend far beyond Walter Reed hospital. Similar disgraces have played out for outpatients recovering at Fort Stewart, Ga., and Fort Carson, Colo., according to other media reports. Steve Robinson, director of Veterans Affairs at Veterans for America, has been visiting soldiers at Walter Reed and at other installations across the country since the beginning of the war. He calls the situation a national failure.

Robinson said the Pentagon is now focusing on mice droppings, in hopes that the real, and much more complicated story, will go away. "They were happy to talk about mice and mold because that is something they can clean up," Robinson said. "What we are talking about is a systemic problem where soldiers are left unattended in the barracks. They are sharing medications. They are drinking like alcoholics," and waiting for treatment, he said. "Those without families are isolated. And they are up against the largest, most complicated worker compensation claim process in the world today, which is the military discharge process."

Almost everyone agrees that amputees get top-flight treatment, the source of Walter Reed's sterling reputation. But the system breaks down for outpatients, some of whom are struggling with seriously debilitating but less visible wounds such as PTSD or traumatic brain injuries.

Any doctor with experience at Walter Reed knows that the military healthcare system is overloaded -- and has been for some time now. "We're overwhelmed in terms of resources," one Walter Reed physician told Salon in a January 2006 report. Referring to inadequate care and misdiagnosis, he said, "A lot of things are missed because the doctors are swamped."

The hospital has treated more than 6,000 patients from the war zones. But a complicating factor is that the military is making decisions about treating outpatients for their wounds while at the same time determining how much in disability payments they should get -- out of Pentagon coffers -- for war-related health problems that might last a lifetime.

The Byzantine system for putting a price tag on wounds is called the Medical Evaluation Board process. The maze of regulations and paperwork is mind-numbingly difficult to navigate, and it moves at a glacial pace. It often takes months, sometimes years, for a determination to be reached.

To make matters worse, soldiers widely believe that system creates a disincentive for the Army to recognize war-related health problems because it takes money away from bullets and bombs. Soldiers think it corrupts the diagnoses of their problems and forces them into a lengthy, complex fight for dollars when they should be concentrating on recovering.

In the past military officials have maintained that the two programs, medical care and disability decisions, are separate. But many soldiers say that is not the case. "We have met soldier after soldier after soldier who says, 'My injury is not reflected in my Medical Evaluation Board,'" Robinson said. "They firmly believe that there is a conscious effort to screw them out of [disability benefits] they are entitled to."

At Wednesday's press conference, Cody only briefly mentioned the Medical Evaluation Board process when asked by a reporter, "What are the complaints you hear from the troops particularly?"

Cody responded that the military was looking into that complicated process of assessing injuries, but he talked at length about mouse droppings. Adding to the air of superficiality, Cody announced that Building 18 would also be given a new name. "I will personally oversee the plan to upgrade Building 18," he promised. "We'll soon change the name of it," he announced. "Referring to a place where our soldiers stay as Building 18 is not appropriate."

For family of some soldiers who have gone through the grinding process of trying to get good outpatient care and fair compensation at Walter Reed, the press conference was frustrating. "The building is not the issue," said Annette McLeod, whose husband, Spc. Wendell McLeod Jr. waited four months for Walter Reed to diagnose his traumatic brain injury. "It is the treatment," she said. Annette had to give up her job to help take care of her husband and push the Army to recognize her husband's ailments, and the McLeods fought with the Army for months over disability payments.

There has been no shortage of opportunities for military officials to learn of the problems at Walter Reed and elsewhere. In addition to my series of reports for Salon, in October 2003, I wrote a story for United Press International about soldiers back from Iraq waiting a long time for doctor's appointments in squalid barracks at Fort Stewart, Ga., and fighting for compensation. (Military officials who were shocked by the headline in Sunday's Post, "Soldiers Face Neglect, Frustration at Army's Top Medical Facility," must have missed or forgotten about the headline from that UPI piece, "Sick, Wounded U.S. Troops Held in Squalor.") And last December, National Public Radio's Daniel Zwerdling compiled a compelling portrayal of soldiers returning from Iraq with acute PTSD and not receiving adequate mental health care at Fort Carson, Colo. The word "neglect" could fairly describe the treatment depicted in Zwerdling's thorough report.

Given all the press that has been dedicated to a similar pattern of neglect for outpatients at Walter Reed and other facilities, it seems hard to imagine that top Pentagon officials were completely surprised by the latest account of the deepening damage to American service members from five years of war, and the U.S. military's failure to adequately treat them.