After they tempt him into the presidential race, they'll probably try to destroy him again. And he knows it. 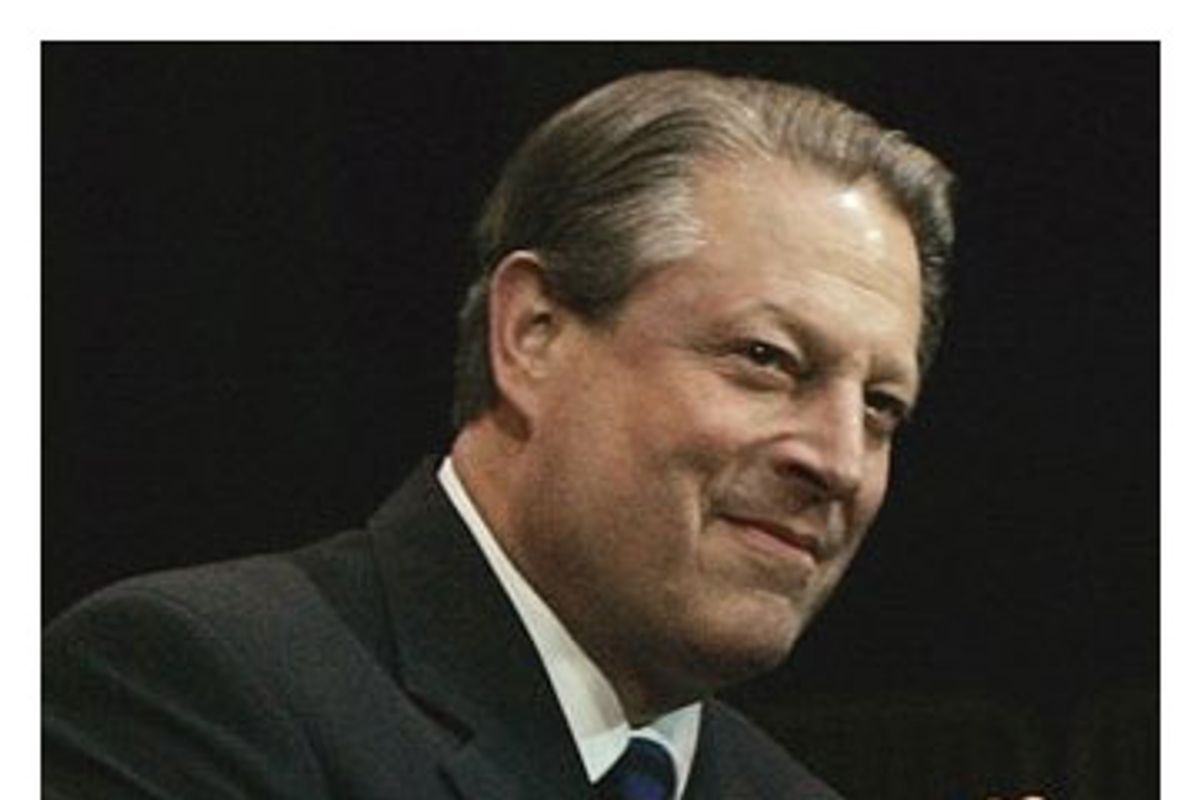 As a man who long endured more than his share of nasty, unwarranted abuse from journalists, the philosophical Al Gore must be amused by the happy transformation of his clippings. The same press corps that once snarled for his blood is now smooching his boots -- an implicit apology that might be gratifying to the former future president, if only he were still naive enough to value their esteem.

The sudden fashion for favorable comment won't influence any thoughtful American's opinion of Gore, but it should remind us of the dismal media performance that did such a terrible disservice to him and to the nation. Although Gore himself certainly deserves a measure of blame for the catastrophic conclusion of the 2000 presidential election and the events that led up to it, his hateful treatment by the press slanted the campaign against him from the beginning. (Perhaps only Ralph Nader is more culpable for the irreparable harms of the Bush era, but that is an arguable proposition.)

Had the recent adoration of Gore been accompanied by any sign of healthy introspection among those who once savaged him, there might be reason to hope that they've learned something from this extraordinarily costly lesson. But as usual, mainstream commentators prefer to write as if they suffer from severe amnesia (as well as database deprivation) -- and to pretend that everyone else does, too.

Consider Maureen Dowd, a perceptive and often witty columnist who understands very well how destructive the Bush presidency has been to her beloved country. Just the other day Dowd acknowledged in the New York Times that we and the world would be in considerably better shape today had Gore -- whom she described as "prescient on climate change, the Internet, terrorism and Iraq" -- ascended to the Oval Office instead of the current occupant. But she neither noted the guilt of the media in that travesty nor recalled her own starring role. This compilation of her past columns on the subject of Gore, replete with false accusations and trendy sneering, is must reading.

Particularly catty and revealing is a quote from a 1999 column in which she suggested that Gore's environmentalism raised questions about his masculinity. But that was simply one episode among dozens that continued well after the 2000 election cycle. When the former vice president dared to voice his anger about the bloody debacle in Iraq two years ago, the Times columnist sweetly lumped him in with "the wackadoo wing of the Democratic Party." He had to be nuts to be upset about the lies that led us into war, didn't he?

Dowd was not alone, of course; she merely reflected the conventional idiocy of the times (and the Times), along with many, many others. A similar syndrome can be found in the writings of Washington Post columnist Richard Cohen, for example, and there are literally hundreds of other examples that can be dredged up from the archives of the Daily Howler, which debunked the Gore-bashing canards in real time and is still taking no prisoners. Even the New Yorker magazine, where the current editors have tried to give Gore his due for years now, used to publish awful junk about him. Obviously it isn't responsible for the 1994 profile of Gore by Peter Boyer, for instance, which was then recycled into perverse mainstream coverage, but the echoing effects of bad journalism can last for decades.

Historians will someday ask why the United States entered a century of enormous challenges under the stewardship of a man who was so manifestly unsuited to high office -- and why he prevailed over a man whose judgment, experience and courage were so clearly superior. False images and phony stories created by the media will certainly figure in their answers.

Those historians may also wonder why the better man declined to seek the presidency again -- even after many of his detractors had been forced to confess that the rejection they helped engineer was a mistake of enormous proportions. They may wonder why he passed up the opportunity to redress the injustice done to him and done to his country and his planet, which is clearly of such great concern to him.

The answer may be found, of all places, in the Note, that snarky weblog on the ABC News site, which often betrays the true emotions roiling the minds of mainstream journalists. Said the Note, in explaining the recent spate of positive coverage of the old press nemesis: "Basically, the political press wants to tempt Al Gore into the race, and then they will destroy him as a flip-flopping, exaggerating, stiff loser. And Gore knows this."