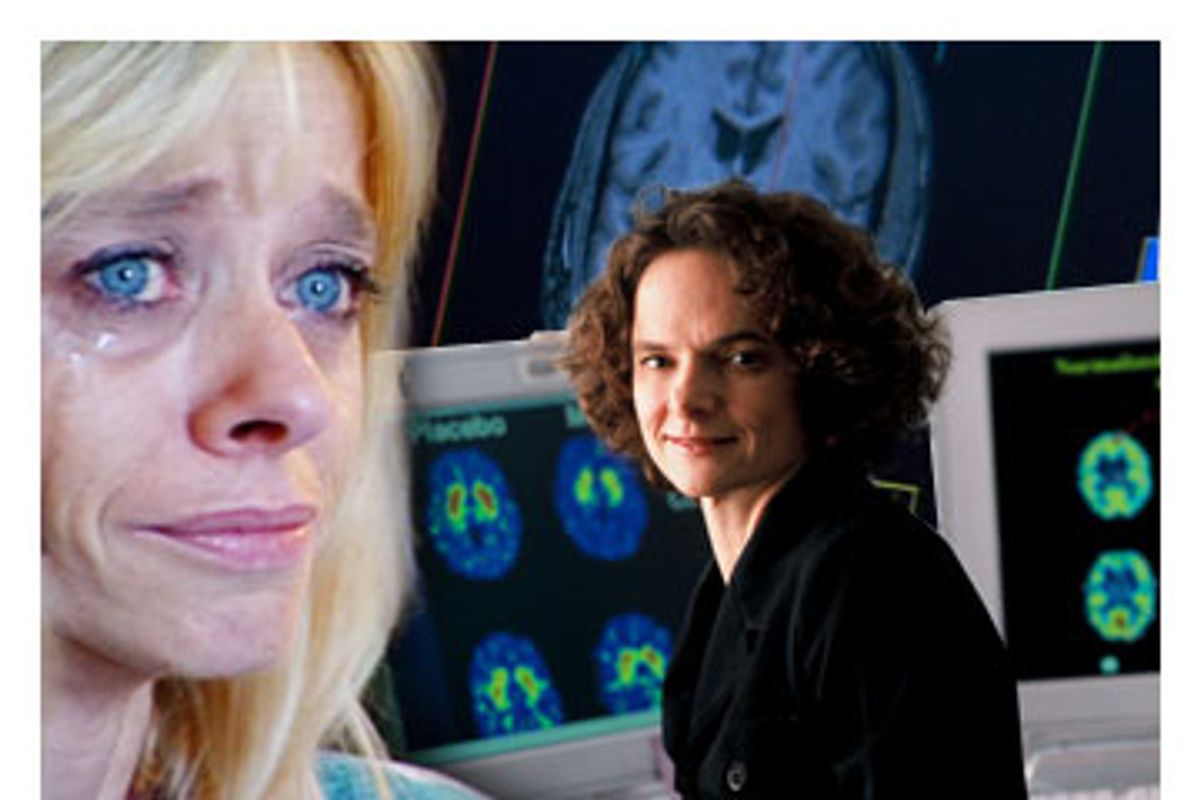 Addicts are hard to love. They rationalize, lie, manipulate, steal from family and friends, and drop out of contact entirely, often without any explanation or apology. Parents look at the haggard face of their addicted child and they can no longer conjure up that sweet boy or girl whom they raised. Siblings and friends try to help, but eventually grow tired of sacrificing so much for someone who seems so selfish, plus they fear that their help is only enabling the addict. "He'll just have to hit rock bottom," they say, and move to protect themselves from even more hurt and anguish.

While many of those with loved ones who struggle with drugs and alcohol cling to old notions about addiction, HBO's Addiction Project, a multiplatform campaign that includes a book ("Addiction: Why Can't They Just Stop?"), several documentaries and extensive online resources, suggests that at least some of our common wisdom on the nature of drug and alcohol dependence needs to be updated. The series, which kicks off with "Addiction" (premieres at 9 p.m. on Thursday, March 15), a documentary made up of nine segments by filmmakers from Rory Kennedy to Eugene Jarecki, dispels some of the myths and misconceptions about this troubling disease. The film approaches the plague of addiction from several angles at once, alternating between experts' insights into addiction and the latest treatments and intimate glimpses of how addiction ravages people's lives. First, we take a tour through a Dallas E.R. on a Saturday night to see firsthand just how many traumatic injuries are the direct result of drug and alcohol abuse. Afterward, we spend time with a Pittsburgh mother who's so desperate to get her 23-year-old daughter off the streets that she has her arrested. Throughout the film, we meet addicts trying in earnest to quit, while learning from medical experts that the tendency to relapse can actually be hardwired into an addict's brain.

In this film and the other films that will air this week on HBO, this message -- relapse is part of the disease itself and not a sign of failure -- is hammered home repeatedly, along with a barrage of other messages and facts that suggest a strong urge, on the part of the Addiction Project's collaborators, to challenge our understanding and our prejudices regarding addiction. We're reminded more than once that addiction is a brain disease, that it's treatable through therapy and a new range of medications, that it's not necessary for an addict to hit "rock bottom" -- the sooner a person gets treatment, the better. This enlightening series clearly has an agenda: to help addicts and their families set aside the guilt and anger associated with addiction long enough to do the concrete work of thoroughly treating the disease.

While most of us think of addiction treatment flatly in terms of rehab and 12-step programs, since that's what we read about and hear about from friends, the treatments for addicts are so wide ranging, and many of them are so new, that lots of families are likely to be unaware of the options available to them. One of the short films in the series explores CRAFT, a method of giving addicts positive reinforcement and love without guilt as a means of leading them into more productive and positive habits. Another short film outlines cognitive behavioral therapy, a pragmatic form of therapy that spends less time encouraging the patient to dig up emotionally charged personal history in order to focus on helping the patient isolate and handle thoughts and behaviors that trigger addiction. Other interviews and segments highlight drug treatments that help to handle the severe imbalance that drugs and alcohol create in the addict's brain. Dr. Nora Volkow, director of the National Institute on Drug Abuse, shows us scans of an addict's brain, and describes how repeated drug use alters the brain and essentially takes a sledgehammer to the addict's ability to gain pleasure from day-to-day activities. In "Addiction," we're shown how one experimental drug can actually subdue parts of the brain that are triggered when the patient has the urge to do drugs.

The series also includes some very intimate looks at the lives of addicts. "Montana Meth" (10:45 p.m. Sunday, March 18) examines the burgeoning use of methamphetamines in the state, which ranks second in the country for teenage and adult use of the drug. The film offers a disconcerting look at a handful of people whose lives have been destroyed by their meth use. "Cracked Not Broken" (10 p.m. Saturday, March 17) is a disturbing exploration of the life of a 37-year-old crack addict, Lisa, who grew up in the upper middle class, but lost her way and has resorted to prostituting herself to maintain her drug habit.

The most unforgettable of the lot, though, may be the Sundance film "TV Junkie," which was pieced together from 3,000 hours of footage that Rick Kirkham shot of his life over the course of several years. Kirkham was a TV journalist for "Inside Edition" who, in the course of investigating criminal activity for a news show, became addicted to crack. Instead of offering viewers a full picture of what they're seeing, the film unfolds as it would if you found the footage yourself: Here's Kirkham in a hotel room, talking excitedly about his upcoming marriage. Here's footage from the wedding, then footage of the happy couple moving into their house. Next we see footage of Kirkham holding his first-born son, and then, suddenly, we meet up with Kirkham in a New York hotel room, smoking some crack he just scored. Watching Kirkham try and fail to kick drugs and set his life on the right course will put a knot in your stomach. In particular, shaky footage of family fights, replete with Kirkham's weeping toddler urging him to "leave Mommy alone," is so heart-wrenching that it's incredibly difficult to watch. Even so, this dark peek inside the ugliness of one addict's life offers a queasily detailed close-up of the self-deception and pure intentions and guilt that combine to make up the addict's landscape. Kirkham's downward spiral from a successful, busy journalist to a desperate, lonely crackhead is an eye-opening cautionary tale for those who think that drug use couldn't possibly lead them down such a depraved path.

Of all of the facts and misconceptions that HBO's Addiction Project highlights, one message, flashed on the screen several times, stands out the most: "With continuing advances in medical and behavioral treatments, addiction will soon be commonly accepted as a manageable chronic disease." The notion that addiction will ever be seen as manageable -- let alone that it could soon be seen in this way -- feels almost fantastical after we've just witnessed so many lives being ripped to shreds by drugs and alcohol. Even so, it's hard not to admire the courageous, almost audacious nature of this collaboration between experts and filmmakers to put forward such an optimistic vision in the face of so much discouraging evidence. In spite of the incredible hopelessness and despair that drugs and alcohol leave in their wake, thanks to new methods and treatments, the prognosis may better than ever for those struggling with addiction.

To learn more about addiction and new treatments used to battle it, visit HBO's Web site.