Why is the country run by people who celebrate mediocrity and recruit from Pat Robertson's law school? Because the right-wing crusade to demonize elites has succeeded. 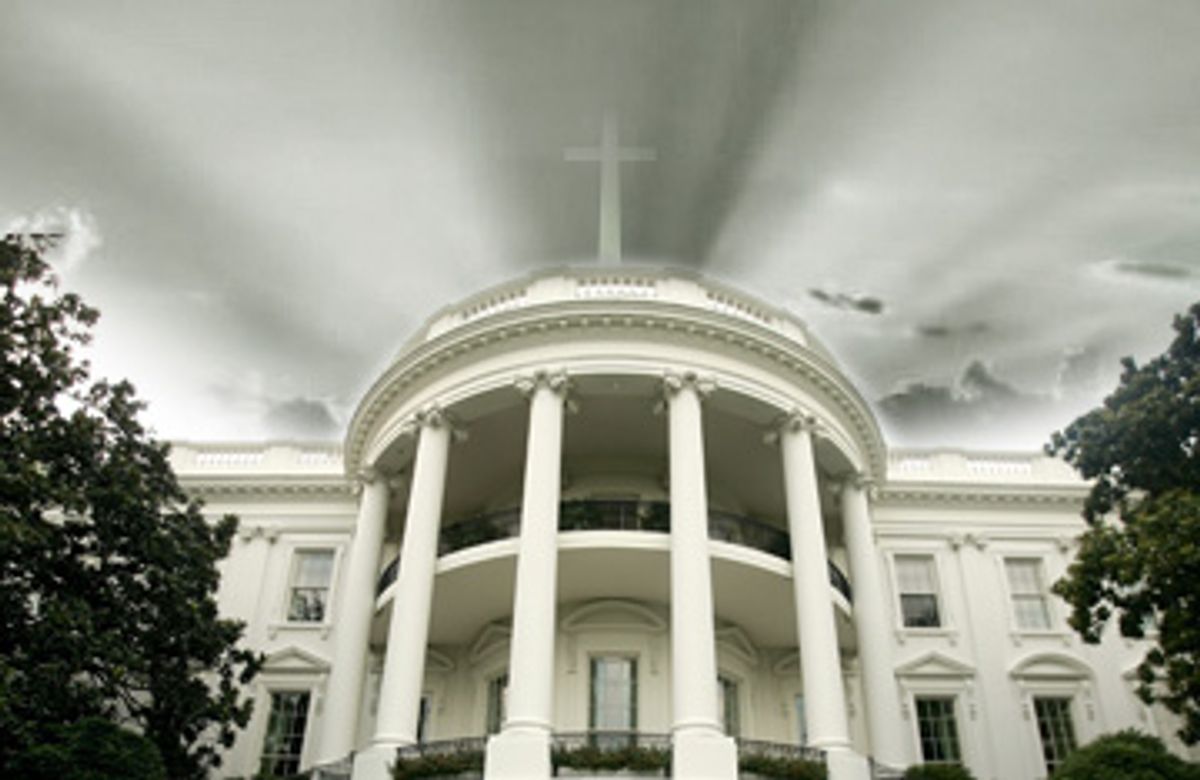 Say it loud: I'm elite and proud! The right-wing crusade to demonize elites has paid off. Now the country's run by incompetents who make mediocrity a job requirement and recruit from Pat Robertson's law school. New rule: Now that liberals have taken back the word liberal, they also have to take back the word "elite." By now you've heard the constant right-wing attacks on the "elite," or as it's otherwise known, "hating." They've had it up to their red necks with the "elite media." The "liberal elite." Who may or may not be part of the "Washington elite." A subset of the "East Coast elite." Which is influenced by "the Hollywood elite." So basically, unless you're a shitkicker from Kansas, you're with the terrorists. If you played a drinking game in which you did a shot every time Rush Limbaugh attacked someone for being "elite" you'd almost be as wasted as Rush Limbaugh.

I don't get it: In other fields -- outside of government -- elite is a good thing, like an elite fighting force. Tiger Woods is an elite golfer. If I need brain surgery, I'd like an elite doctor. But in politics, elite is bad -- the elite aren't down-to-earth and accessible like you and me and President Shit-for-Brains. But when the anti-elite crowd demonizes the elite, what they're actually doing is embracing incompetence. Now, I know what you're thinking: That doesn't sound like our president -- ignoring intelligence.

You know how whenever there's a major Bush administration scandal it always traces back to some incompetent political hack appointment and you think to yourself, "Where are they getting these screw-ups from?" Well, now we know: from Pat Robertson. I wish I were kidding, but I'm not. Take Monica Goodling, who before she resigned last week because of the U.S. attorneys scandal, was the third most powerful official in the Justice Department of the United States. Thirty-three, and though she had never even worked as a prosecutor, she was tasked with overseeing the job performance of all 95 U.S. attorneys. How do you get to be such a top dog at 33? By acing Harvard, or winning scholarship prizes? No, Goodling did her undergraduate work at Messiah College -- home of the "Fighting Christies," who wait-listed me, the bastards -- and then went on to attend Pat Robertson's law school.

I'm not kidding, Pat Robertson, the man who said gay people at DisneyWorld would cause "earthquakes, tornadoes, and possibly a meteor," has a law school. It's called Regent. Regent University School of Law, and it shares a campus with Robertson's Christian Broadcasting Network studios. It's the first time ever that a TV network spun off a law school. And that's all America needs -- more Christians and more lawyers. You see, years ago Pat became concerned that our legal system was coddling criminals, forgiving them instead of meting out that Old Testament "eye for an eye" justice Jesus Christ never shuts up about. So Pat did what any red-blooded, Hindu-hating, gay-baiting, glue-sniffing Christian would do: He started his own law school. And what kid wouldn't want to attend? It's three years and you only have to read one book. The school says its mission is to create an army of evangelical lawyers, integrating the Bible and public policy, and producing graduates that provide "Christian leadership to change the world." Presumably from round back to flat.

U.S. News and World Report, which does the definitive ranking of colleges, lists Regent as a tier-four school, which is the lowest score it gives. It's not a hard school to get into. You have to renounce Satan and draw a pirate on a matchbook. This is for the people who couldn't get into the University of Phoenix.

But there's more! As there inevitably is with the Bush administration. Turns out she's not the only one. Since 2001, 150 graduates of Regent University have been hired by the Bush administration. And people wonder why things are so screwed up. Hell, we probably invaded Iraq because one of these clowns read the map wrong. Forget religion for a second, we're talking about a top Justice Department official who went to a college founded by a TV host. Would you send your daughter to Maury Povich University? And if you did, would you expect her to get a job at the White House? I'd be surprised if she got a job on the "Maury" show. And then it hit me: This is why Bush scandals never catch on with the public -- they're all evangelicals of course, and nobody is having sex.

So there you have it: It turns out that the Justice Department is entirely staffed with Jesus freaks from a televangelist diploma mill in Virginia Beach. Most of them young women with very little knowledge of the law, but a very strong sense of doing what they're told. Like the Manson family, but with cleaner hair. In 200 years we've gone from "We the people" to "Up with people." From the best and brightest to dumb and dumber. And, come on, America is a big, well-known, first-rate country, and when we're looking for people to help run it, we should aim higher than the girl who answers the phone at the fake abortion clinic. It's not just that this president has surrounded himself with a Texas echo chamber of war criminals and religious fanatics. It's that they're sooooo mediocre. This is America. We should be getting robbed and fucked over by the best.

Sen. Sheldon Whitehouse, D-R.I., asked at a hearing, "Should we be concerned with the experience level of the people who are making these highly significant decisions?" But in the Bush administration experience doesn't matter. All that matters is loyalty to Bush and Jesus, in that order. And where better to find people dumb enough to believe in George W. Bush than Pat Robertson's law school. The problem here in America isn't that the country is being run by elites. It's that it's being run by a bunch of hayseeds. And by the way, the lawyer Monica Goodling just hired to keep her ass out of jail went to a real law school.