Democratic senators ask why the government failed to respond to 2004 warning about hospital conditions. 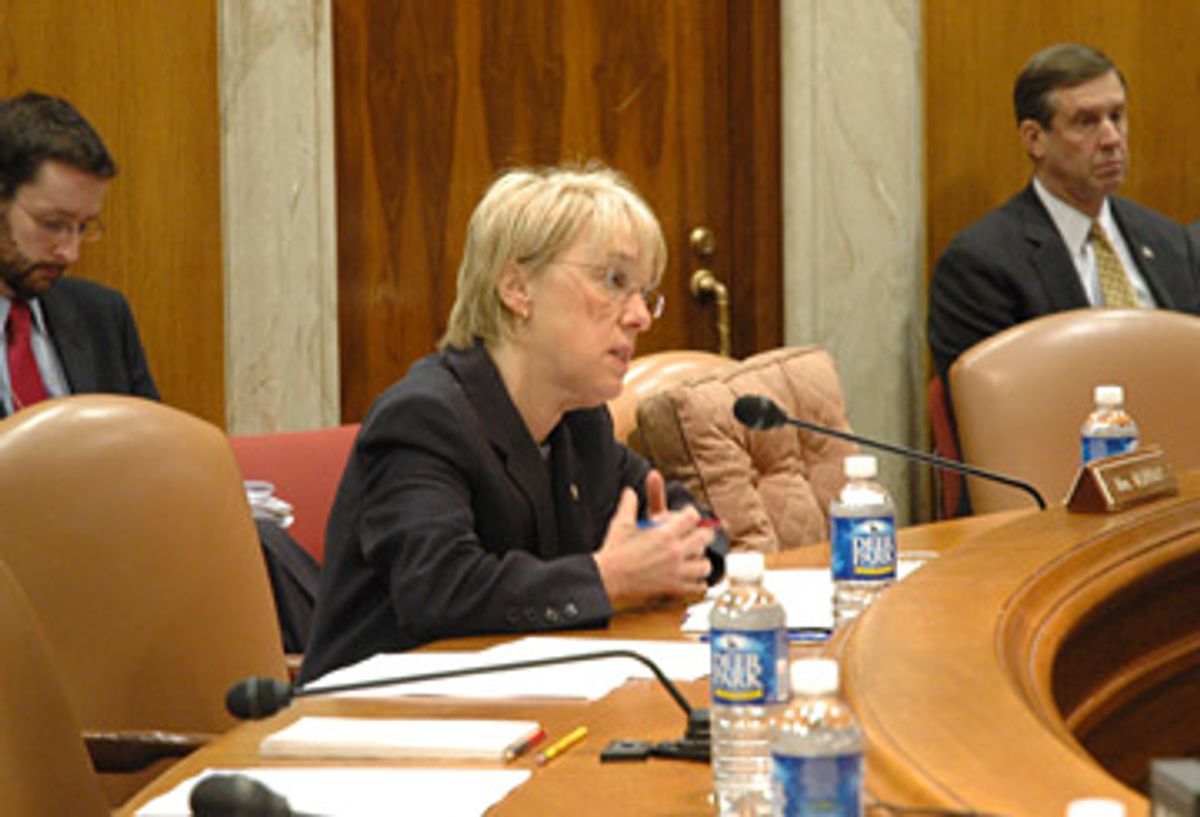 Senate Democrats demanded Thursday that the Bush administration explain its failure to respond earlier to warnings about the grave problems plaguing veterans' healthcare at Walter Reed Army Medical Center. The senators were responding to the disclosure by Salon that a 2004 government report -- based on focus group sessions with veterans and their families -- had highlighted the conditions at Walter Reed six months before the first reports of the scandal appeared in the press.

Sen. Patty Murray of Washington quizzed top Veterans Affairs officials, including VA secretary Jim Nicholson, about the focus groups at a Senate appropriations subcommittee hearing on the department's budget. Referring to the 2004 document, Murray said, "It is troubling that that long ago there was a report somewhere that these issues were festering there."

At the same time, Sen. Barack Obama of Illinois referred to the Salon article in a letter to President Bush asking that he direct Nicholson to release all Seamless Transition Task Force documents, so that the Veterans' Affairs Committee could assess "what actions VA leaders took in 2004 to work with the DOD to streamline portions of the bureaucracy and assist servicemembers." The presidential candidate also linked his questions about the focus groups to the pending Senate confirmation of a VA official, Dr. Michael Kussman, who has been nominated by Bush to be undersecretary for health at the Department of Veterans Affairs.

Kussman, a retired brigadier general and former commander of Walter Reed, had served as the co-chairman of a task force looking at the coordination between the VA and the Department of Defense. In that role, Kussman acknowledged Thursday that he received the 2004 summary of the focus groups. The report stated flatly that soldiers receiving care at Walter Reed were "frustrated, confused, sometimes angry."

In his letter to Bush, Obama expressed "serious concern" about Kussman's nomination. "If the servicemembers' comments in the focus group report were conveyed to top VA leaders as reported by Salon," Obama wrote, "then the question is why Dr. Kussman did not act more aggressively with the Defense Department to address these serious issues."

Murray asked both Nicholson and Kussman what they did, if anything, to respond to the 2004 focus groups. Nicholson explained that he was not VA secretary at that time and referred all questions to Kussman, who is currently the principal deputy undersecretary for health at the department.

Kussman twice belittled the focus groups, saying that such a "small sample" of veterans might not be reliable. He also told Murray that the task force that had commissioned the focus groups was concerned only with the VA side of the "seamless transition" with the Defense Department. (Walter Reed is operated by the DOD, though VA officials work there to help veterans prepare for longer-term care and benefits they are likely to receive from that agency.) "It was geared to look at what the VA was doing over at Walter Reed and determining whether we were accomplishing our mission," Kussman contended. "It was not directed to what DOD was doing."

Asked how he responded to the 2004 warnings, Kussman said that the VA put together a "very thorough action plan" to make sure that any problems at Walter Reed were fixed. He also testified that Defense Department officials received the summary of the focus groups. "There were representatives of DOD there on the committee," Kussman said. "The report went to all the members of the committee."

Kussman did not identify the Defense Department officials. That vagueness about what happened at DOD troubles Paul Sullivan, who until last year was a project manager at the VA in charge of data on returning veterans. "I want to see a paper trail. Did that DOD person share it with Secretary [Donald] Rumsfeld?" Sullivan asked. "And did anyone share this with the White House? Because the president was going to Walter Reed for photo ops."