The ruling "is a stunning assault on women's health and the expertise of doctors who care for them" and may open the door for states to pass more outright bans. 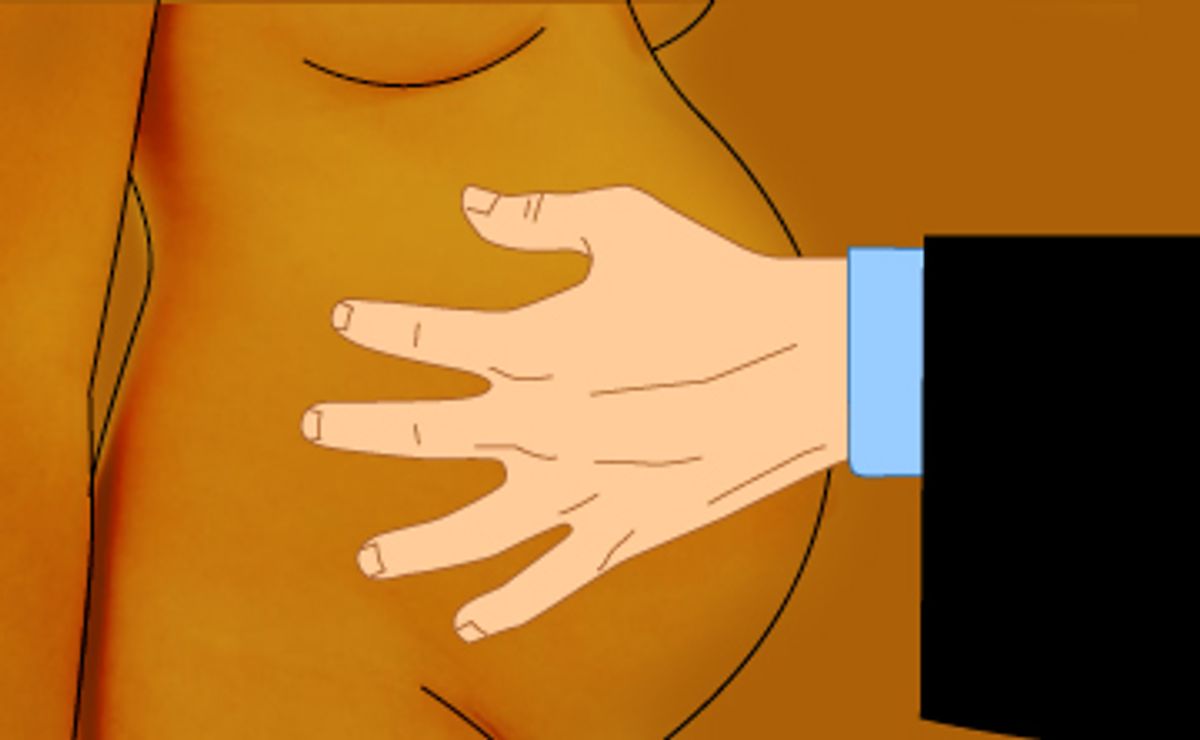 In a decision that might as well have come with a gift card made out to President Bush's base, the Supreme Court voted Wednesday to limit abortion. In the cases of Gonzales v. Planned Parenthood and Gonzales v. Carhart, the justices voted 5-4 to affirm the constitutionality of Congress' 2003 Partial Birth Abortion Ban Act.

Writing for the majority, Justice Anthony M. Kennedy argued that the ban -- which appears to single out a certain type of rare late-term procedure known as "intact dilation and evacuation," and which is opposed by the American College of Obstetricians and Gynecologists -- is neither unduly vague nor burdensome.

Seven years ago, the Supreme Court, with Justice Sandra Day O'Connor swinging the vote, struck down a similar abortion ban on the grounds that it did not contain an exception for the health of the woman, an exception long deemed constitutionally necessary. But the new ban -- upheld by a "differently composed" court, as Justice Ruth Bader Ginsburg noted pointedly in her scathing dissent -- contains no such exception.

Reproductive rights advocates say the ruling is more than just another attempt to "chip away" at Roe v. Wade. "It took just a year for the new court to overturn three decades of established constitutional law. It's a stunning assault on women's health and the expertise of doctors who care for them," said Nancy Northrup, president of the Center for Reproductive Rights. She offered this paraphrase of the decision: "'We don't take precedent seriously. This is a new day. Bring it on.'"

Indeed, many who oppose this ruling consider the decision a golden ticket for even more states to pass outright abortion bans. "This ruling is an invitation to further laws banning abortion, procedure by procedure," says Planned Parenthood Federation of American attorney Eve Gartner, who argued Gonzales v. Planned Parenthood. "The court's failure to adhere to past precedent is a signal that it's willing to reconsider other precedents in this area and perhaps even Roe. There's no doubt that legislatures around the country will be passing more and more restrictions as a result and the court in not too long will probably be forced to consider the question of whether Roe is the law of the land."

In the meantime, healthcare providers are going to have to hunker down and figure out how to both comply with the law and still provide healthcare. It's too soon to say from a precise medical standpoint how clinics will proceed. "Given that politicians are now playing doctor, we need to figure out our best compliance strategy," said Gartner, insisting that Planned Parenthood will continue to provide the best and safest possible care even after the law goes into effect (in approximately six weeks).

Still, an e-mail went out today from Planned Parenthood of New York City's Action Network acknowledging that "this law may affect a small number of the abortions we provide." While intended as reassuring ("may affect," "small number"), it served as a reminder that the guys in robes, not lab coats, are stepping in to take charge.

One thing that could complicate clinics' "compliance strategy" is the ruling's convoluted language about exactly what is outlawed. In general, critics of "partial-birth abortion" bans -- which are also on the books in 26 states (though enjoined in 18) -- have long argued that not only is there no such medical term as "partial-birth abortion," but that such laws define it so as to appear to also include a variation of dilation and evacuation (D&E), by far the most common -- and safest -- method of second-trimester abortion (which is relatively rare itself; at least 85 percent of abortions take place in the first trimester). In other words, the ban could be interpreted to outlaw abortion procedures used very early in the second trimester (not to mention those used for women who have learned via amniocentesis, as late as 20 weeks or more, that they're carrying a fatally abnormal fetus).

Make no mistake: "This ban is not just about later-term abortion," says Janet Crepps of the Center for Reproductive Rights, who argued Gonzales v. Carhart. "The options for all women -- particularly women facing serious medical conditions -- have been dramatically reduced. No longer can women and their physicians decide what's in their best interest. Now there's the added concern about whether what's in their best interest will be in violation of federal criminal statutes." Among opponents of the ban, gallows humor was the order of the day. As in: "I'd like to give you the best possible care," your doctor might say, "but first let me check with my lawyer."

Ironically, however, some clinics will not have to spend any time at all figuring out how to comply with the ban. That is because certain state regulations -- such as those prohibiting surgical abortions in outpatient clinics -- already constitute de facto bans on second-trimester abortions. (Earlier in pregnancy, abortions are normally performed with suction, a procedure that is not currently in question.) "This ruling will not impact any of our clinics," said Susan Hill, president of the North Carolina-based National Women's Health Organization, which runs Mississippi's only abortion clinic and facilities in five other states. "Most providers I've talked to said, 'This isn't going to bother us.' The other restrictions have been devastating -- the 24-hour waiting period, the ultrasounds. But practically speaking, this doesn't have much impact on us. It was a political battle."

Although, say some reproductive rights advocates, it could be the battle that loses the war.